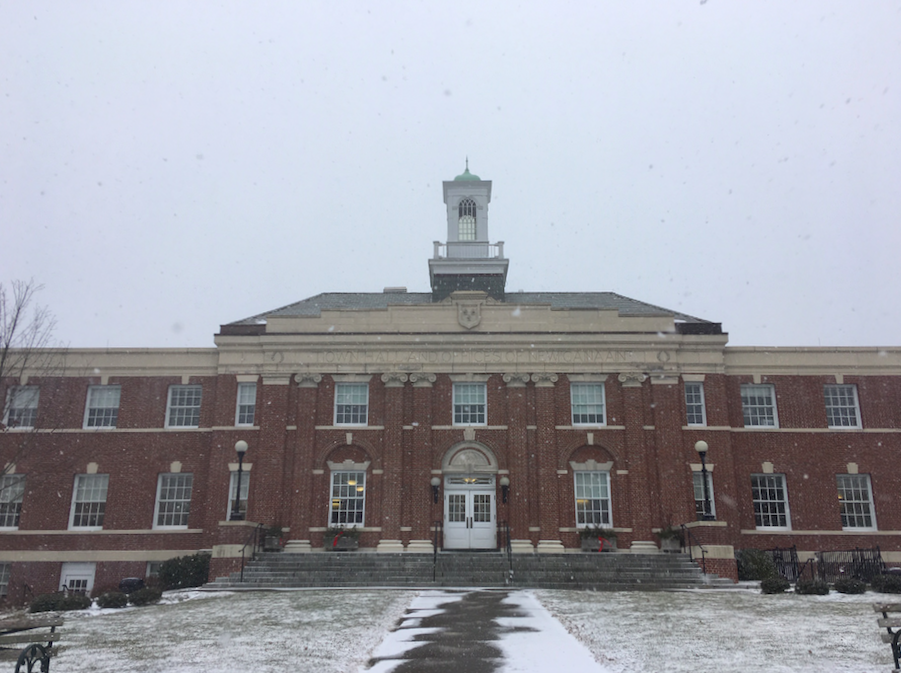 The Board of Selectmen on Tuesday voted unanimously to appoint six members to a newly conceived committee that will advise the executive branch of local government on building and infrastructure projects.

First Selectman Kevin Moynihan will serve as chairman of the committee, which is to meet monthly and “provide expertise and financial oversight on an ongoing basis for major decisions and plans such as town-owned buildings and infrastructure projects including but not limited to major capital projects that are part of the Five-Year Capital Plan,” according to a draft resolution read out at the Board’s regular meeting, held at Town Hall.

“Right now I am the oversight over Public Works, and some other towns have standing commissions,” Moynihan said. “I have discovered that I sometimes do not have the bandwidth to be on top of all projects and this is an opportunity for us to have people on Board of Finance who have a continuing interest, making sure that projects are on budget, so a sort of standing building committee in that regard, and also it gives us the opportunity to better coordinate with the Board of Education on their projects, like solar.”

The appointees to the Selectmen’s Advisory Committee on Buildings and Infrastructure include Moynihan, George Blauvelt (a Board of Finance member), Neil Budnick (Board of Finance), Penny Young (Town Council), Penny Rashin (Board of Education) and Stuart Sawabini, former Police Commission chair.

Under the resolution, committee members will serve two-year terms.

Moynihan and Selectmen Kit Devereaux and Nick Williams voted 3-0 to make the appointments.

The first selectman introduced the concept of the committee two weeks ago, saying it would include specialists such as contractors and architects and would advise the Board on projects such as major roadway renovation, bridges, school roofs and solar installations.

Devereaux said that since it’s a selectmen committee, rather than a first selectman committee, “it would be great if there was regular reporting” to the full Board.

Moynihan said he had considered making it a first selectman committee.

“I am chairman of the committee so I will report on a regular basis, as needed,” he said.

Williams said he understood the need to create the committee.

“You are saying you need this, as the person who runs the town on a daily basis, you need assistance with respect to buildings and so on,” he said.

Under the resolution, at least two-thirds of the committee will be New Canaan electors.

The committee will have minority party representation as other governmental bodies do, Moynihan said.