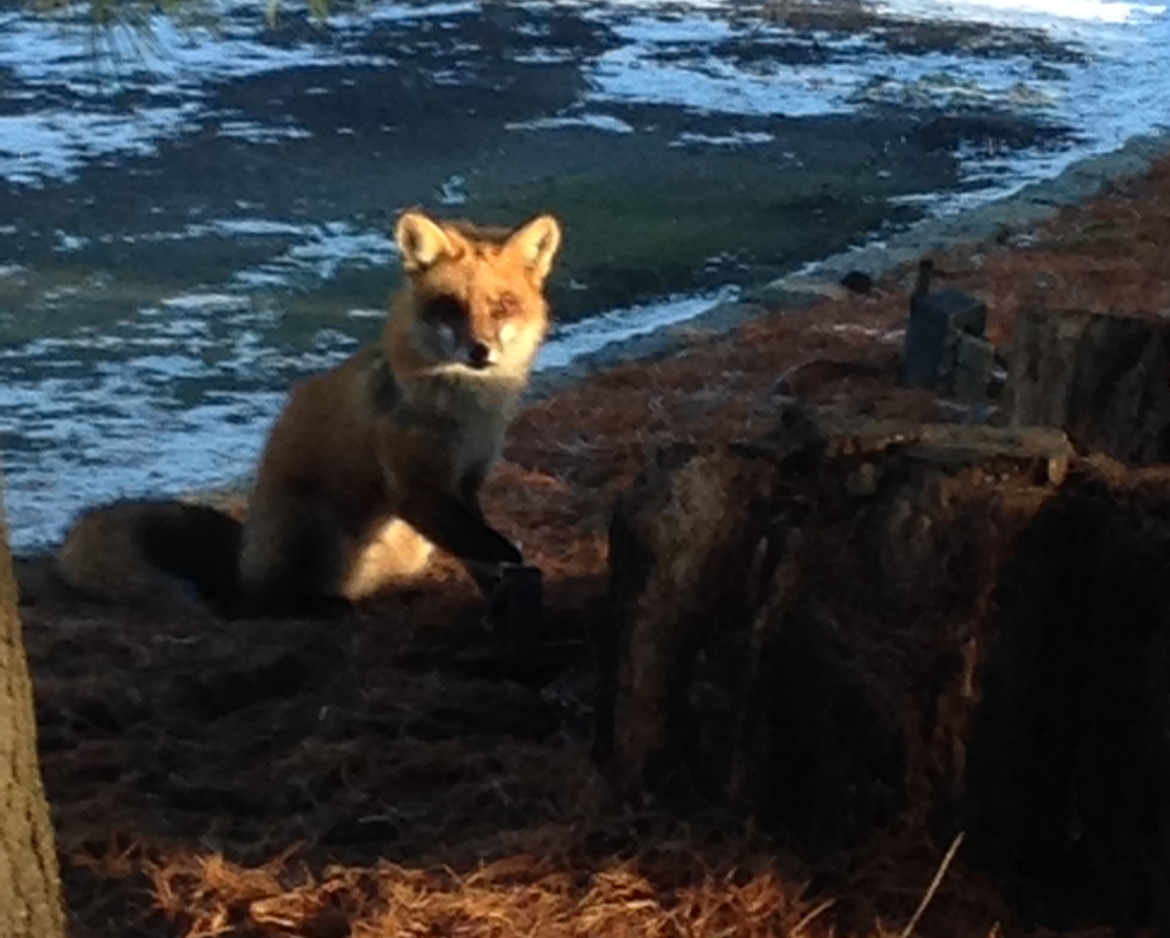 A red fox caught in a 'leg-hold' trap on a private Briscoe Road property on the morning of Jan. 13, 2016. Due to a neighbor's intervention, the animal was set free by the hired trapper. Rosemary DeClue photo, published with her permission. 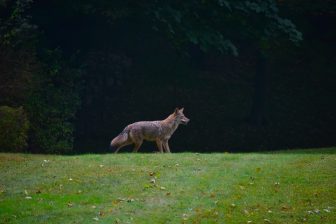 Issued Sept. 23 for the area of Adams Lane after a coyote snatched and killed a momentarily unwatched small dog there, the nuisance wildlife control officer’s permit now is good through Nov. 30, Connecticut Department of Energy and Environmental Protection officials said in response to a public records request from NewCanaanite.com.

The extension is “due to limited success at the end of the initial period,” Mary Lou Kramer, a paralegal in the DEEP commissioner’s Office of Legal Counsel, said in an email.

The trapping permit originally was issued to Tom Logan, Kramer said. The permit later was amended adding Charles Stahl to assist him.

It isn’t clear who their clients are, she said. A nuisance wildlife control officer’s clients and their addresses are protected from disclosure, Kramer said.

Asked about the active trapping at the time, Officer Allyson Halm of the New Canaan Police Department’s Animal Control section voiced concerns that it would be both ineffective and problematic, giving residents a false sense of security while they must still supervise their pets. She also said non-targeted animals can be trapped (as has happened in New Canaan—see below).

“The coyotes are very active despite the continued trapping in the southwestern area,” she told NewCanaanite.com.

It’s breeding season for coyotes just now, Halm said, urging residents to “please be ever diligent, even though this trapping is taking place.”

Leg hold traps already have raised concerns in New Canaan. Three winters ago, a coyote could be seen dragging one of the traps through the snow for weeks before it finally died. Earlier that year, the unintended leg hold-trapping of a red fox on Briscoe Road led to an effort among concerned residents who urged town officials to consider a local ordinance banning the practice. Ultimately, a subcommittee of the Town Council, after consulting with the town attorney, found that New Canaan could not pass an ordinance that went against state law. 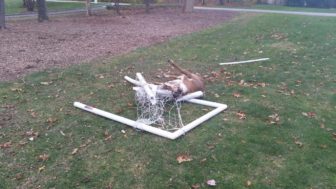 This large male buck had become caught in a deer net out front of a Fable Farm Road in November 2016. NCPD officers rescued the distressed animal. Published with permission from its owner

In addition to coyote breeding season, Halm said, it’s now rutting season for deer and hunting season, which puts animals “on high alert.” She urged residents with soccer nets standing in their yards to take them down when not in use, as deer and other animals can become entangled in them.

One thought on “State: Animal Trapping Permit in New Canaan Extended Due to ‘Limited Success’”