About one year after a welcome reopening, the Subway sandwich shop on Main Street once again has closed, officials confirmed. 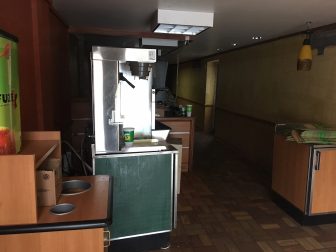 The made-to-order sandwich shop appears to have been empty since last week and the commercial space it had occupied is to be leased while 64 Main St. itself is for sale, along with a neighboring building, according to officials with Cushman & Wakefield, which is handling the sale (see more information here).

The properties—they house Chef Prasad restaurant as well as New Canaan mainstay Ching’s Table—are owned by a limited liability company whose principal is a Southport man, according to records on file with the Connecticut Secretary of the State.

It isn’t clear why Subway closed. Public relations officials with the national chain could not immediately be reached for comment. 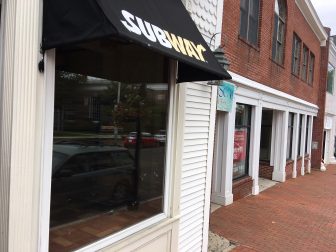 After closing in April 2017 following 25-year-plus run along with hundreds of stores nationwide, faced with a slowdown in sales, the New Canaan location was reopened last August. Located directly across the street from Town Hall, the shop has been popular with municipal workers, the Fire Department and New Canaan teens.

According to Cushman & Wakefield’s promotional materials, 62-64 Main St. “is a three-building 15,239 SF mixed-use retail and office property” located on “two contiguous separate parcels and are currently 70% leased to five tenants ranging in size from 888 SF to 4,065 SF.”