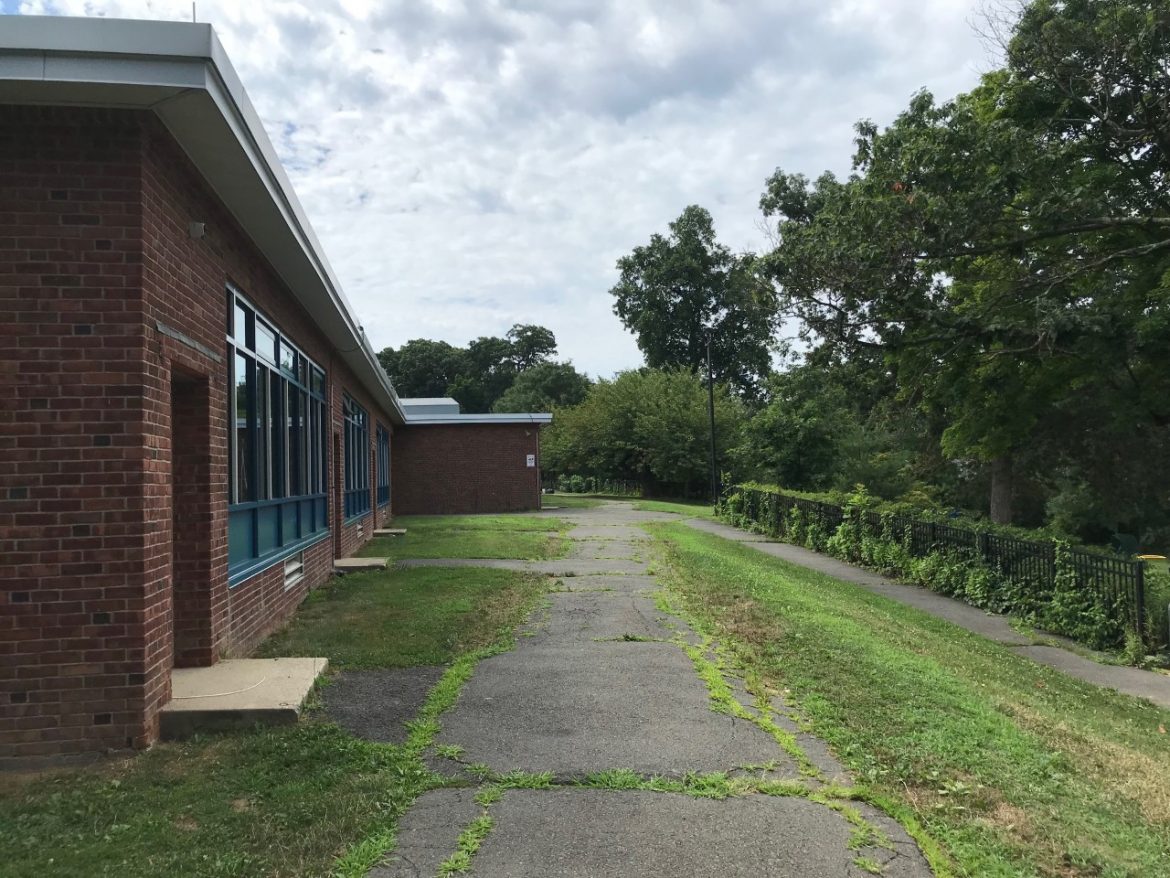 The sidewalks running along the back of South School are to be replaced. Credit: Michael Dinan

Town officials last week approved a $49,000 contract to remove and replace a section of walkways behind South School.

The Board of Selectmen voted 3-0 in favor of the contract with New England Paving during its regular meeting July 26.

Representatives from the school and Parks, Recreation and Highway Departments met to walk the area at the top of the hill behind South that “all the back classrooms exit onto” and they’re “in disrepair and need to be replaced,” according to Public Works Director Tiger Mann.

“There are still sidewalks down below toward the playground that would be a secondary phase,” Mann told the selectmen at their meeting, held at Town Hall and via videoconference.

The price quoted by the contractor comes to the same rate offered in 2008, Mann said. Funds for the project are in the Board of Education’s approved capital budget for fiscal year 2023, he said.

The selectmen had no questions for Mann.

One thought on “Town Approves $49,000 Contract To Replace Walkways Behind South School”