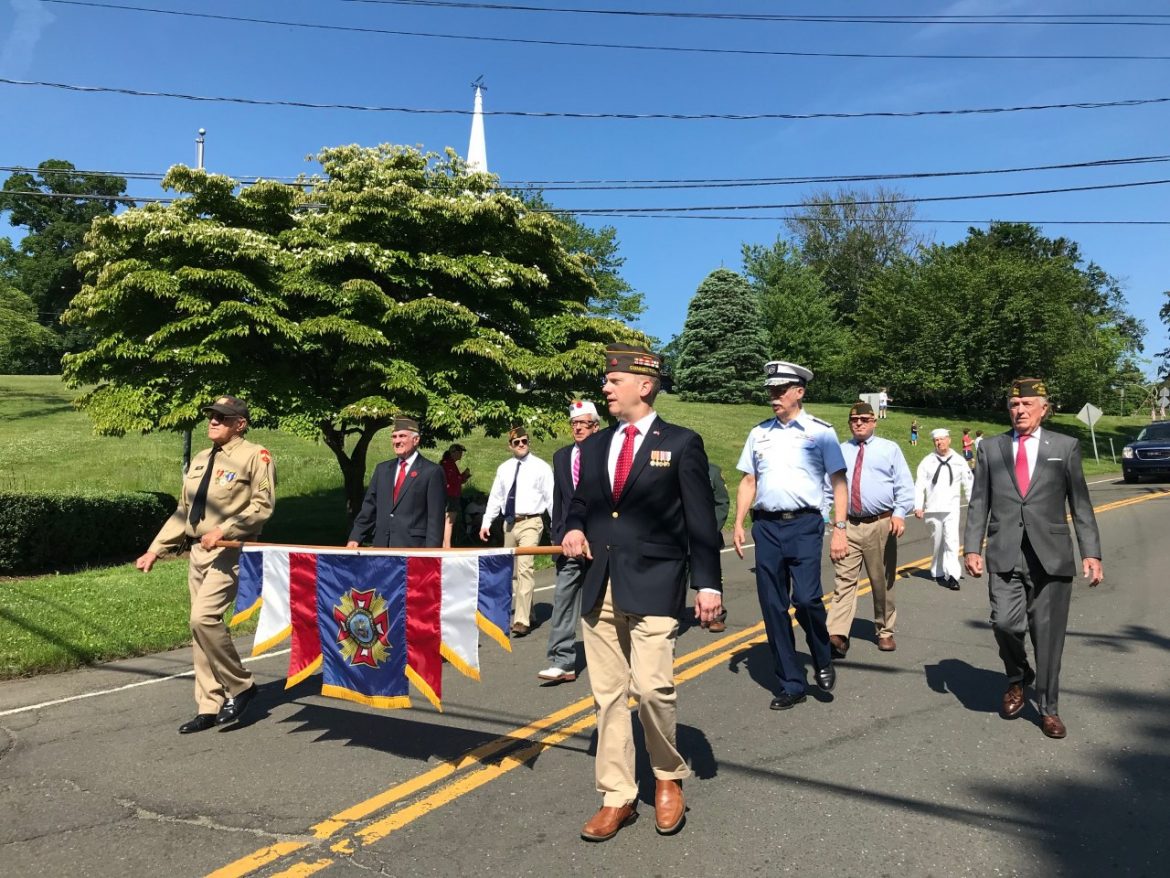 Members of the Town Council are pushing back on decisions made by other municipal bodies that deny a request from local veterans for funding through the American Rescue Plan Act.

The Boards of Selectmen and Finance both voted in support of a $582,600 ARPA package for nonprofit organizations that left out a $15,000 request from the local VFW.

During their own July 20 meeting, Town Councilmen tried to get answers as to why the snub occurred and to urge the selectmen and finance board to fill the funding request.

“If it wasn’t for our veterans this town would not exist,” Councilman Kimberly Norton said during the meeting, held in Town Hall and via videoconference. “So I think it’s of paramount importance that we take this seriously, and all of these people are volunteers that volunteered their service to our country, and then volunteered in our parade, and mapping the graves of the veterans in the cemetery. And I think we can’t turn our backs on them.”

During a discussion of the larger funding request, First Selectman Kevin Moynihan said “the VFW is not considered a nonprofit in terms of the having 501(c)3 status,” referring to one section of the Internal Revenue Code.

When Town Councilman Michael Maura said, “I think it does have that status, as far as I understand,” Moynihan responded, “It’s an association but it’s not a 501(c)3.”

It’s unclear what Moynihan meant or whether he doesn’t understand nonprofit classifications.

According to IRS records, New Canaan-based VFW Post 653 is registered as a nonprofit organization. Under the Internal Revenue Code, organizations such as the VFW that benefit veterans of the U.S. Armed Forces achieve tax-exempt status through section 501(c)19. According to the most recently available public form 990, VFW Post 653 files under that section.

Members of the Town Council voiced concerns about the snub.

“People are really upset about this,” Councilman Luke Kaufman said. “The sentiment is, ‘How could we not do this?’ ”

Mauro said he would “really like to understand on what basis the ARPA funding criteria does not apply for this $15,000 request.”

During a public hearing before the Town Council last fall, VFW member John McLane, a U.S. Army captain in Vietnam, said the organization had spent a great deal of money in recent years on the veterans’ plaques that hang inside the northern entrance to Town Hall. The main way the VFW raises funds to purchase flags and wreaths to place on the gravestones of veterans in New Canaan twice per year—by giving away poppies, a symbol of remembrance of World War I—was canceled during the COVID-19 pandemic, McLane said.

“It costs us about $12,000 to buy the wreaths alone, and we buy them from the Exchange Club to keep it in town,” McLane said at the Oct. 5 Town Council meeting, where representatives of several nonprofit organizations made their case for ARPA funding. “So this is the first year we’ve really gone out to raise funds because we’re usually able to get it when we pass out poppies on Memorial Day …. we look for a quarter here or a dollar there to try and raise the funds for what was last year $15,000. Next year will probably be $17,000, that’s our whole budget.”

McLane added, “Whatever you can do we appreciate because it’s been kind of tough the last couple of years.”

(Former town CFO Lunda Asmani said last year that one allowable area for using ARPA funds “is to address some negative economic impacts that were due to COVID.”)

Town Council Chair Steve Karl during the July 20 meeting also cited the plaques honoring New Canaan veterans that are located inside Town Hall. In 2017, new honorary plaques recognizing those who served during the Korean War, Vietnam War, Desert Storm and global War on Terrorism were added and hung up, thanks to the VFW and then-Commander Peter Langenus.

When Moynihan said, “Historically we have not funded the VFW with tax dollars,” Karl responded, “Every time we walk in this building, we walk past those plaques and I think about that every single time I walk into this building.” He added that the VFW’s ARPA request is a one-off, not for continual funding, and that $15,000 is “not a big number.”

“A few that we assessed would be better suited for the town to negotiate and vet directly, and a few did not meet criteria for ARPA funding,” she said.

With respect to the VFW specifically, she said, “This fell into the bucket of feeling that the town would best vet this for other funding opportunities, not necessarily ARPA dollars, that would run through this particular [NCCF] committee process.”

She added, “They had a $15,000 operating request and I think there was some confusion, potentially, but the Community Foundation separate from this ARPA process does support the VFW.”

It wasn’t clear what Patterson referred to by “confusion.”

Members of the Town Council took a straw poll and voted 12-0 in favor of urging the selectmen and Board of Finance to support the VFW’s funding request. (Some on the Town Council even wanted to delay voting on the larger $582,000 package for nonprofits until those other funding bodies had included the VFW. Ultimately, a motion to table a vote on the larger package until such time was defeated 7-5.)

The town learned last summer that New Canaan would receive $6 million in ARPA funding. The town approved $2 million of funding in December, and has made additional allocation since then, including $600,000 for restoration of The Playhouse on Elm Street. In all, the town has about $1.8 million of ARPA funding left to spend, councilmen said.

The topic of the VFW snub came up during last week’s selectmen meeting. During a portion of the meeting dedicated to general matters before the town, Moynihan said, “We have had a lot of discussion about the VFW and we will take that up in two weeks.”

Selectman Nick Williams asked, “How did that not make it on the radar?”

Moynihan said that the town “asked the Community Foundation to conduct a process of our applications and then vet them.”

“We have to respect that process from their end,” he said.

Moynihan added, “The VFW is a unique situation and one that we will discuss.”

Councilman Cristina A. Ross during the July 20 Town Council meeting noted that ARPA funding has already gone to organizations not New Canaan-based “and we should be looking to New Canaan organizations first, and I don’t know anyone that defines New Canaan more than the veterans.”

Karl said that “there are 12 of us, all of us unanimously agree” that the VFW’s funding request should be met.

“Kevin is sitting here, he’s got the message,” Karl said.

7 thoughts on “‘People Are Really Upset About This’: Town Council Pushes Back on Snub of VFW’s Funding Request”