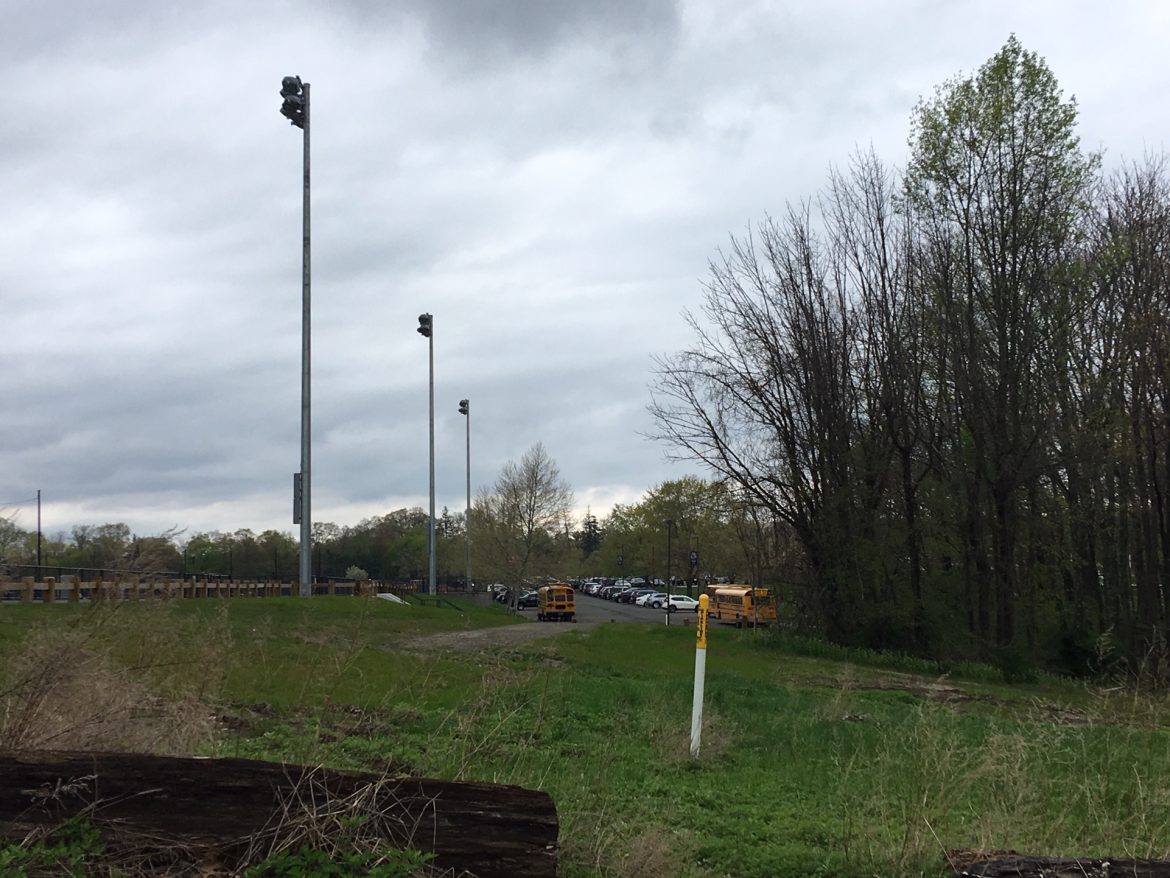 The proposed new road would go here, along the path locals will recall from the former Summer Theatre of New Canaan site. Credit: Michael Dinan

Town officials last week approved a pair of contracts totaling about $45,000 for the design of a new access road connecting Waveny to New Canaan High School.

The area east of the water towers will be converted from a milled lot to a proper parking area that will expand when the smaller tower comes down this fall, according to the Board of Selectmen. The access road itself will follow along the former footpath to the Summer Theatre of New Canaan tent, and also will be flanked with new parking spaces.

The project will yield approximately 90 total spaces, more than twice what’s available there now, according to Town Engineer Maria Coplit.

The two firms selected for design services and construction documents—Avon-based Richter & Cegan and Wilton-based McChord Engineering Associates—have been involved in the project since its conception, Copliet told the selectmen at their regular meeting, held June 23 via videoconference.

The area is “currently disturbed for paths and haphazard parking,” Coplit said.

First Selectmen Kevin Moynihan and Selectmen Kit Devereaux and Nick Williams voted 3-0 in favor of the contracts. They total $27,140 for Richter & Cegan and $16,790 for McChord. The funds are in the budget for this fiscal year, Coplit said.

The project was introduced last April and received support from the Parks & Recreation Commission.

Moynihan said it got sidetracked due to the COVID-19 public health emergency.

“The superintendent [of schools] is all in favor of getting this done so they have a better access plan for the high school for teachers and kids,” Moynihan said.

He added that the town will get some land back when Aquarion takes down the junior water tower in October, “so we are looking to improve the area in general.”

“It will give us the ability to just make the appearance of the area bigger and they [Aquarion officials] don’t need all property for the big water tank,” Moynihan said.

Public Works Director Tiger Mann noted that New Canaan must provide an easement to the water company for the tank.

One thought on “Town Approves $45,000 for Design of New Access Road Between Waveny and NCHS, Parking Areas”