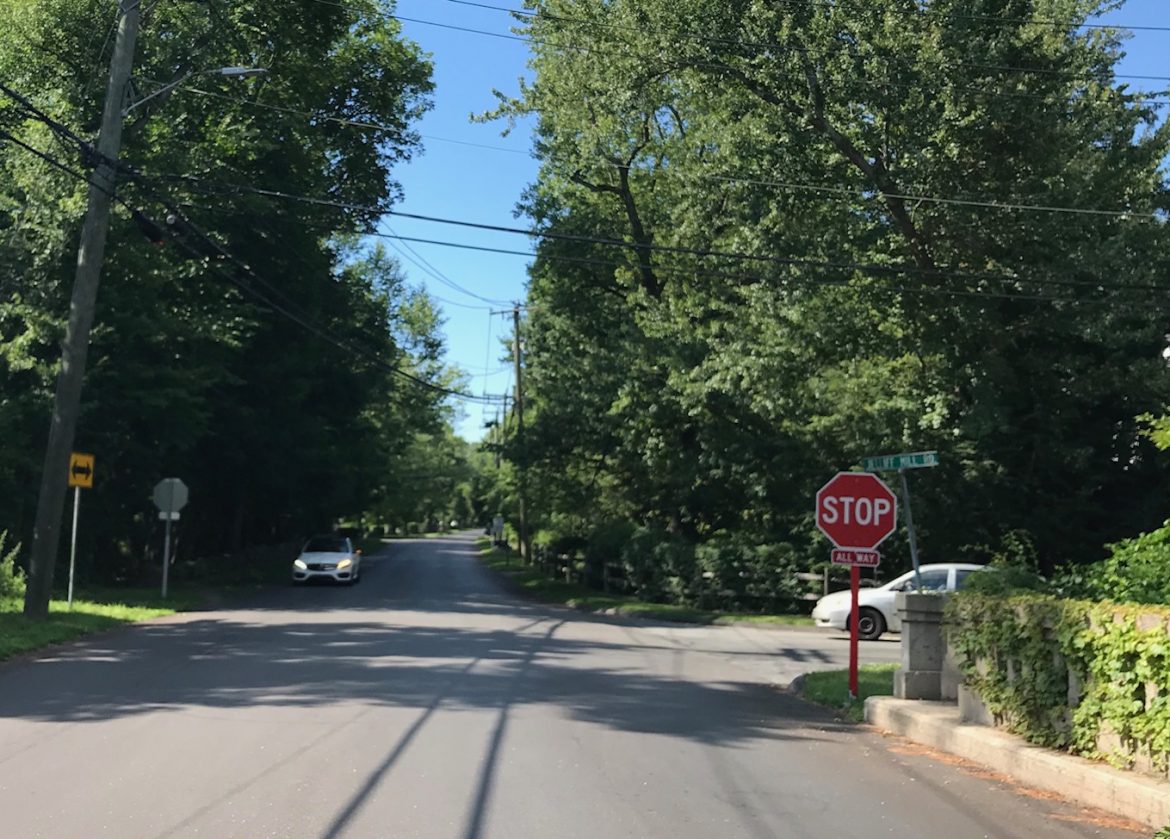 Northbound traffic on Ponus Ridge isn't stopping at the sign at Jelliff Mill Road, according to a complaint fielded by town officials. Credit: Michael Dinan

Northbound traffic on Ponus Ridge isn’t seeing the stop sign on the far side of the bridge over the Merritt Parkway, at the intersection of Jelliff Mill Road, according to a complaint fielded by Police Deputy Chief John DiFederico. One reason may be that since the road was resurfaced, a ‘Stop’ bar that had been on the pavement itself hasn’t been repainted.

During a meeting last week of the Traffic Calming Work Group, DiFederico said he told the complainant that the stop sign “is kind of unnatural, given the intersection, and people are not anticipating it therefore seemingly go through it.”

“But I told him we would work on getting the stop bar repainted and perhaps look into painting a ‘Stop Ahead’ on the road or something to see if we can get some more attention drawn to the stop sign for northbound traffic,” DiFederico said at the July 13 meeting, held via videoconference.

Public Works Director Tiger Mann said he would consider putting a marker on the pavement next to a ‘Stop Ahead’ sign south of the overpass.

“And maybe the sign needs to be enhanced,” Mann said. “We can take a look, see if the reflectivity is gone and if we need to replace it.”

DiFederico said the stop sign at the intersection itself is visible from the north “but it’s not very high in the air.”

“Maybe get it a little bit taller, get it up in the air a couple more feet might help,” he said.