In what parking officials are calling an experiment, the town plans to sell up to 20 “commercial permits” for each of the Morse Court and Park Street lots to people who work in the business district. 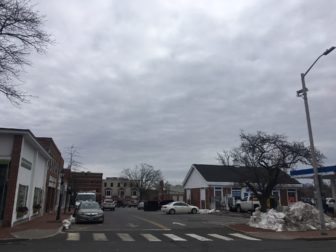 Designed to serve business owners and workers who otherwise take up coveted short-term parking spots on Main and Elm Streets that rightly should go to people who shop and dine downtown, the permits should be made available when the new fiscal year starts July 1, according to Parking Superintendent Stacy Miltenberg.

“We have not worked out how offer these new permit spots to employees of stores in town,” Miltenberg told the Board of Selectmen at its regular meeting, held in Town Hall.

“At this point we are working through that, but we are going to have it set prior to the renewals that go out in May. We will have all of that.”

The permits will cost $429 annually, following a 3-0 vote by First Selectman Rob Mallozzi and Selectmen Beth Jones and Nick Williams on the following slate of fees:

Parking Commission Keith Richey said at the group’s March 9 meeting that the idea for creating “dual-use” lots at Morse Court and Park Street had been his.

According to a recent survey from the New Canaan Chamber of Commerce, 365 employees of downtown New Canaan businesses are looking for parking on a daily basis and nearly one-fifth of them park on Main and Elm Streets.

About 20 percent of employees incur parking tickets on a weekly basis, and most of them are not reimbursed for parking expenses by business owners, according to the chamber’s survey.

At their meeting, parking commissioners debated the merits of the new “commercial permits” in solving the problem of getting downtown employees’ vehicles off of Main and Elm.

As per the group’s rules, the new permits will be made available for one year as an experiment, and if they are not purchased or create problems, they will not be renewed.

The permits will allow holders to park in any spot in Morse Court, and will be assigned to a single employee and up to three cars that that person may use—much as permits are assigned for commuter lots in New Canaan.

At the selectmen meeting, Mallozzi said that the idea of the commercial permits signals that the Parking Commission “is listening and understands a different dynamic in parking.”

Mallozzi said he expects the permits to be sold.

“I like the fact that we have a responsive Parking Commission,” he said.