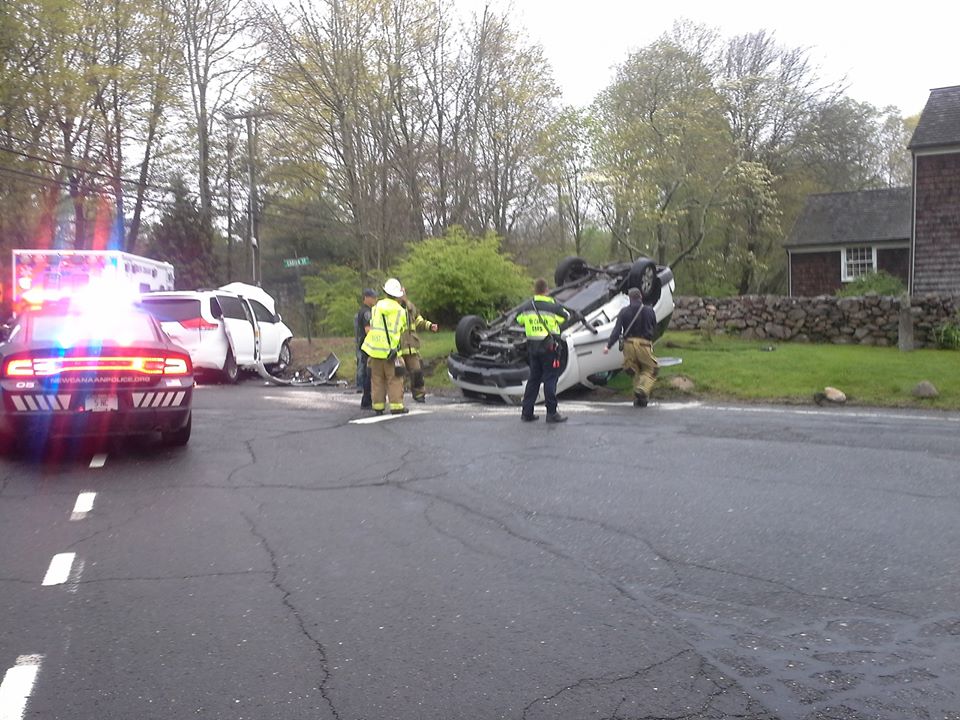 New Canaan public works and police officials more than five years ago sought to increase the “skew angles” of the two town roads, so that instead of shooting straight across Silvermine Road, motorists coming from Carter would make a right onto 106 and then queue up to make a left onto Canoe Hill. Though state officials said at the time that they support the plan (Route 106 is a state road), they also called for a traffic engineering study to ensure that the change wouldn’t create new problems—and no improvements were made.

Selectman Kathleen Corbet during the Board of Selectmen’s Sept. 7 meeting flagged the intersection as a traffic safety problem for northbound motorists on Carter Street seeking to get across.

Noting that his own father-in-law lives near the intersection, Selectman Nick Williams agreed with Corbet, saying, “It’s a disaster. It’s been a disaster. You literally have to, if you’re going north on Carter, in order to turn onto Canoe Hill Road, you have to take a right, stop and look, and then go left.”

Noting that the number of reported crashes there is extremely low, First Selectman Kevin Moynihan said the intersection is “scary but not actually dangerous.”

The intersection also is “not really busy,” Moynihan said. (Moynihan that he hoped the New Canaan Police Commission would reconsider putting in a stop sign at Weed and Elm Streets.)

Last week, Corbet again raised the specter of Carter and Silvermine, saying “unfortunately, since our last meeting, there have been two more accidents at that location, minor injuries and they did not require any sort of transport but that actually brings us to four accidents in location in the last two months.”

The crashes “have raised a lot of concern,” Corbet added, and referred to a social media platform.

When Moynihan noted that Silvermine Road doubles there as state Route 106, Corbet responded, “But I think there are some things that we can do.”

New Canaan has petitioned the state in the past for a stop light or four-way intersection at Carter and Silvermine, and both of those requests were denied, according to Public Works Director Tiger Mann. Though the Connecticut Department of Transportation decides on improvements such as traffic lights and stop signs, “the work on sight line changes and things of that nature are shared between the state and the town, the majority of which falls on the town’s shoulders,” Mann said.

Moynihan said has said the intersection at Silvermine and Carter doesn’t have enough motor activity to warrant spending money on improvements. Mann said that “off-setting” where Carter comes into 106 would mainly involve curbing and striping, which would be low-cost.