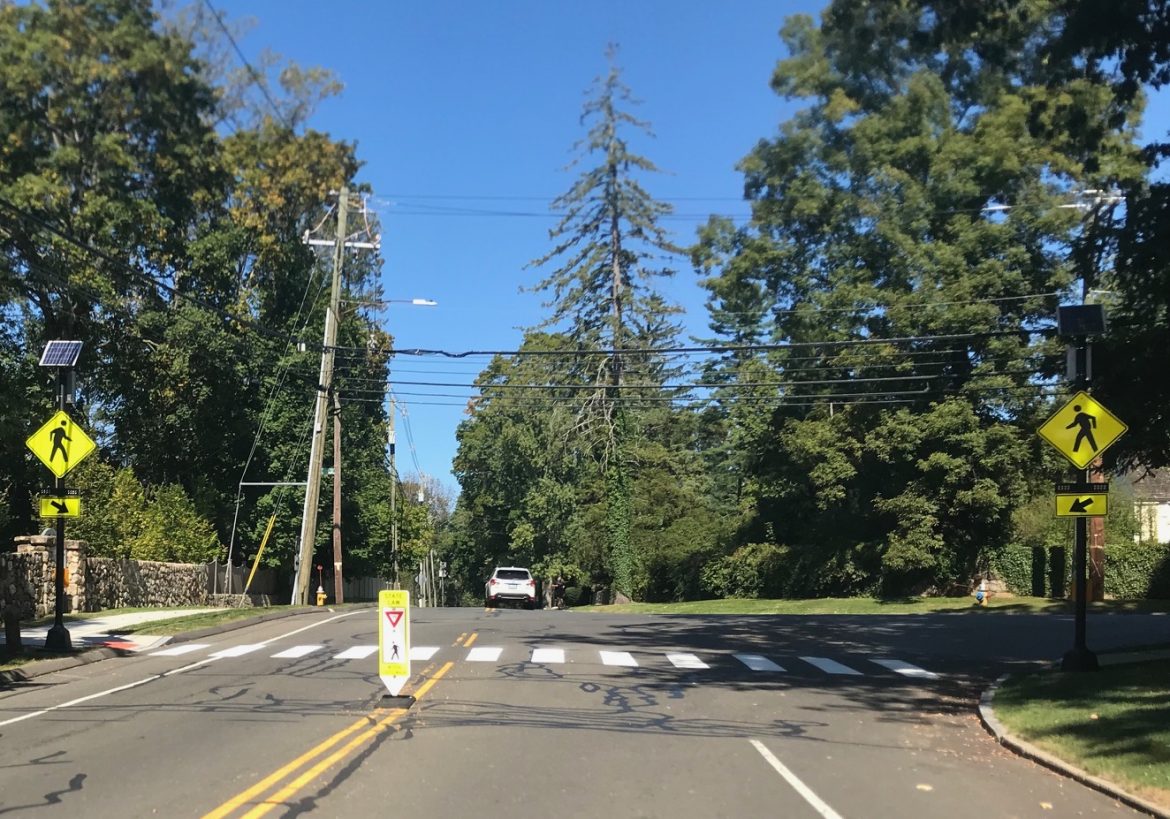 Though police have said installing additional stop signs at Weed and Elm Streets would be dangerous, unnecessary and otherwise problematic, the Board of Selectmen on Tuesday approved $6,000 for a study to determine the feasibility of doing so.

In voicing support for installation of stop signs for northbound and southbound Weed Street motorists, First Selectman Kevin Moynihan said the intersection has seen “a great deal of additional traffic” from pedestrians using a sidewalk that went in two springs ago connecting the top of Elm to Irwin Park and a “greenlink” footpath beyond the park that opened last summer.

State Traffic Administration regulations developed under Connecticut law require that a proposed stop sign must be justified by a traffic engineering study in order to be installed a major street, and that stop signs never be used for speed control, among other provisions.

Moynihan said that even if New Canaan weren’t required to commission such a study, “to me it is an obvious location for stop signs, not so much safety but regulating traffic because people don’t have the opportunity to alternate turns.”

“I’m not sure I know another intersection in town that is like this right now,” he said during the selectmen meeting, held at Town Hall.

Moynihan added that Public Works Director Tiger Mann had relayed to him prior to the meeting that, under the federal document that informs state statute—the Manual on Uniform Traffic Control Devices—municipalities must have a stop sign warranter’s or engineering study performed in order to put in a stop sign.

The first selectman said, “I would do this without having the study, but Tiger said no, we need to do the study, so I am hoping it’s quick and to get these stop signs installed.”

Williams said he has “always been surprised that there were no stop signs there.”

Mann said Frederick P. Clark Associates will work for three to four days doing traffic and turning counts for all three legs of the intersection, as well as accident and speed studies to “determine whether or not it’s warranted, according to the requirements.”

Some of that data appears to be in hand already. In September, traffic officials including police told a resident of the area who proposed installing stop signs at Weed and Elm that accident data doesn’t point to a safety problem there, that it’s dangerous to try and use stop signs to slow down traffic, and that residents who enter Weed Street from Woods End Road have said installing a stop sign for southbound motorists will back up traffic past their street, making it difficult to get out.

When Devereaux’s asked whether consulting firms other than Frederick P. Clark Associates were asked to perform the study, Mann said no, adding that “they are the preeminent traffic engineer and they are very familiar with the town” and “ they work very, very closely with the stat.”

Even so, it isn’t clear whether or how heavily the town will weigh findings from Frederick P. Clarke & Associates. Last year, the town paid the same firm $7,000 to study the problem of high rush-hour traffic on Nursery Road, then went against the consultant’s own recommendation to avoid installing a no-left-turn sign there.

The Police Commission during its regular meeting Wednesday voted 3-0 to recommend that the selectmen not hire the consultant or pursue the stop sign. Chair Sperry DeCew and Commissioners Paul Foley and Jim McLaughlin recommend instead that the selectmen wait for data from police. Police Chief Leon Krolikowski noted during the meeting, held at police headquarters, that there’s no evidence of speeding or crashes at the intersection.