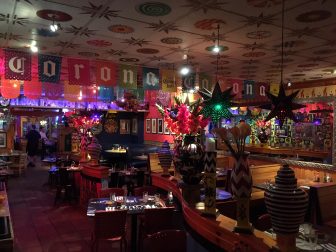 “We know the value of the people that have worked there for so many years,” said New Canaan resident Paul Tully, part of the ownership group at Tequila Mockingbird.

“We now the relationships that they have with the people in town and that, quite honestly is part of the purchase. We hoped—because we could not guarantee that all team members stayed—because in the back of my mind, they’re part of what makes it so great.”

Tully and his partners acquired half of Tequila Mockingbird in the spring of 2015, when the group purchased Gates Restaurant next door, and bought the other half at the end of 2016. The restaurant’s original owner, Paul Mauk of New Canaan, continued as proprietor at Tequila through a transition period that ended last month, Tully said. 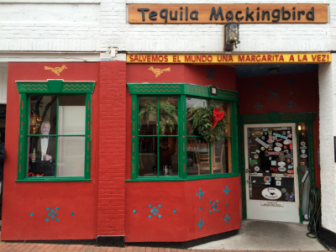 “We have been in full ownership and now we’re in full management, and we intend to keep the staff as-is there,” he said. “There are a few staff members who decided to go on hopefully to greener pastures, one bartender and one of the chefs in kitchen, and we wish them luck. That’s one of those transitional things you have to be prepared for.”

The restaurant’s executive chef remains, Tully said, and unlike Gates—where an update was needed—the familiar colors and lively atmosphere at Tequila are continuing.

“We love the success, the concept of Mexican, and it has a great team,” he said. “It’s one of those places where you go in, the waitresses and bartenders know the people they’re talking to, they know the drinks and dishes.”

He continued: “Ultimately with Gates we wanted to enliven the restaurant. We felt it had reached a point where it was dying slowly on the vine—and if you’ve ever seen a piece of fruit or tomato die on a vine, it starts to deteriorate. The owners had grown tired and it needed an injection of capital that they were not willing to do and we were willing to do. So we want to own it for the next two decades or three or whatever you want to call it.”

Tully said he was eager for fellow residents and community stakeholders to know that Tequila Mockingbird is to continue as much as possible just as it is in order to dispel any rumors about new chefs or other staff coming in.

“I didn’t buy two restaurants lightly, we did this very seriously because I am involved in the community—I have three girls in school here and in the sports systems, I’m out and about, so I want to be upfront and let everybody know the right story,” he said.

2 thoughts on “‘We Know the Value That They Have’: Tequila Mockingbird’s New Owners To Keep High-Quality Staff, Upbeat Vibe”