Police on Friday arrested a 30-year-old woman by warrant in connection with a 2014 larceny at RadioShack in New Canaan. 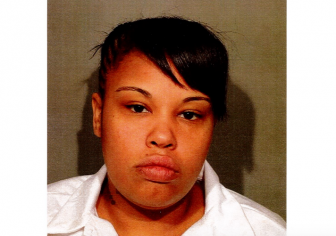 Diana Lee Andino was charged with violation of probation and two counts of first-degree failure to appear.

Officers on Nov. 17 traveled to a women’s prison in Bedford, N.Y. to serve an active warrant on Andino and held her for an appearance in state Superior Court in Norwalk the same day, according to a police report.

According to New York State Department of Corrections records, she had entered the prison in March 2016 following a conviction for fourth-degree criminal possession of stolen property, and was granted conditional release on Nov. 17.

According to Connecticut Judicial Branch records, New Canaan Police had arrested Andino March 20, 2014 and charged with third-degree larceny. She pleaded guilty to the charge, records show. In December 2015, she was charged with first-degree failure to appear, records show.

Andino has been found guilty of several criminal offenses since 2010, according to Connecticut Judicial Branch records.