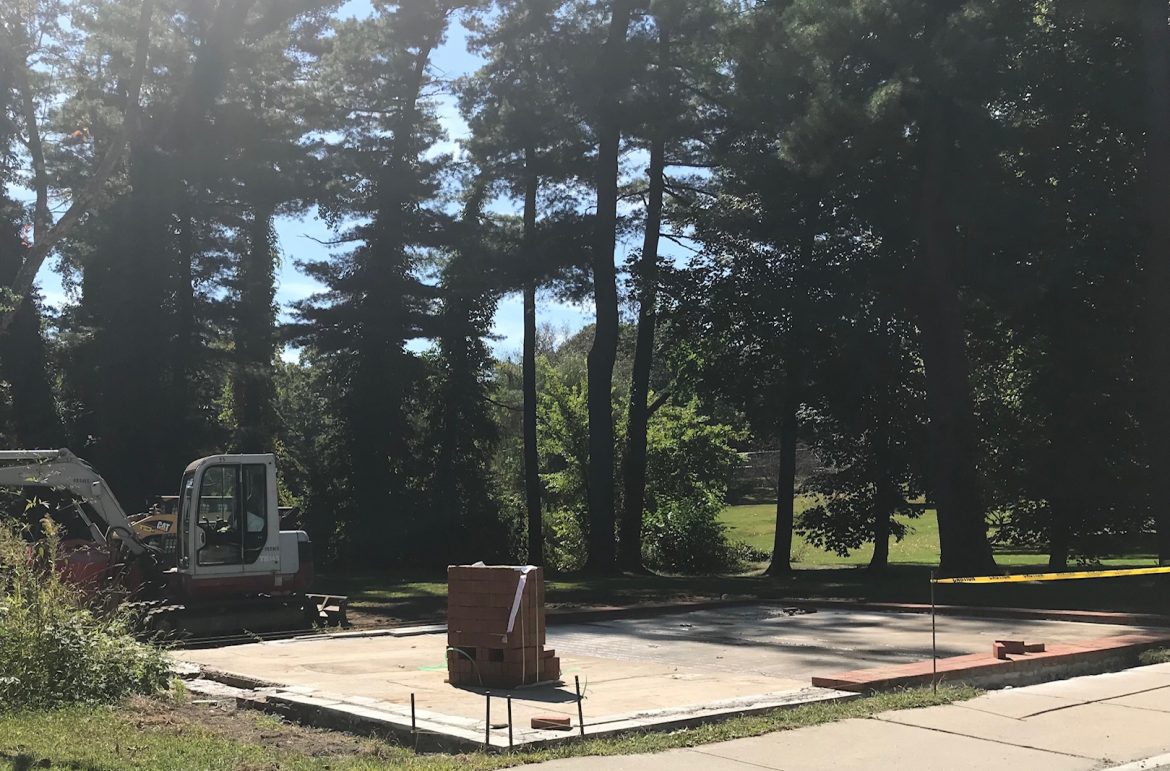 The new plaza is starting to go in at the former site of the "Mead Park Brick Barn" or garage on Richmond Hill Road. Credit: Michael Dinan

Town officials last week approved a $19,000 contract with a Norwalk company to install a new plaza at Mead Park on the former site of the “Brick Barn.”

Nature’s Way Landscape Associates has done “very nice work” for New Canaan in the recent past, including widely praised stone work at the colonnade, according to Public Works Director Tiger Mann.

The company had originally come in with its low bid on the Richmond Hill Road project at nearly $22,000, but came down to $19,000—the town’s available funds—with no diminishment of the plaza, Mann said.

“They feel they want to continue to make rest of the park ‘their own,’ so to speak, so that is why they were able to drop their price,” Mann told the Board of Selectmen at its Sept. 17 meeting, held in Town Hall.

Conceived and developed by local landscape architecture firm Keith Simpson Associates, plans call for an overhead sign announcing the new formal entrance to ‘Mead Park’ and commencement of the “Gold Star Walk,” an honorary walk in memory of New Canaanites who died in World War II that rings that side of Mead Pond. The footprint of the Brick Barn would remain as a plaza with native stone paving infill and seating that’s edged by ornamental fencing, an on-grade brick border and low plantings, under the Simpson plan, and a pedestrian path would run off of the back toward the Gold Star Walk itself.

The small parking area next to the razed building would include six parking spaces, one for disabled drivers, and a bike rack would be added there, under the plan.

Devereaux asked at the meeting whether the site is to be “encapsulated,” meaning the concrete floor of the razed “Brick Barn” would remain in place with the new plaza installed over it, and Mann said yes.