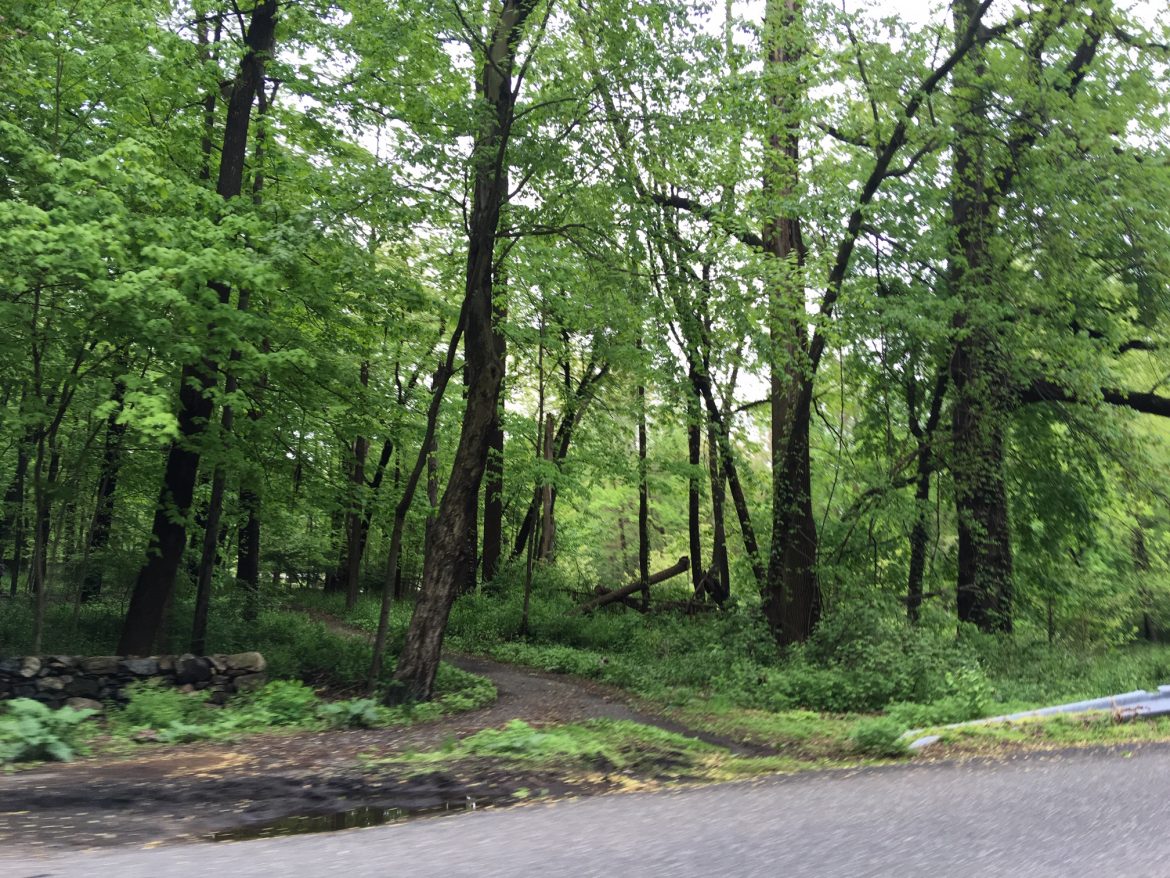 Parks officials last week pushed back on the idea of placing an additional trash receptacle in a trouble spot at Waveny where dog owners tend to dump used poop bags.

Installing a bin near the turn at Lapham Road above the Merritt Parkway would amount to “promoting bad behavior,” according to Parks Superintendent John Howe.

“By putting a trash can in there, you are allowing people then to stack it another 40 feet away and when we had trash cans all over the parks and all over our school fields, they were in worse shape because people had a knack of saying, ‘It’s near the trash can, it’s close enough,’ ” Howe told members of the Parks & Recreation Commission at their June 12 meeting in Town Hall. “You have animals that will take out the garbage and strew it around. I would sooner keep going like we are, removing the bag.”

He referred to a bag that a park visitor ties to a tree to receive the used bags.

The comments came in response to a question by Commissioner Sally Campbell. During the May meeting, Campbell said public works officials had agreed that putting in an additional trash receptacle was a good idea.

“We put one in at Irwin and it made a big difference,” Campbell told Howe.

He responded, “There are a lot of pitfalls with starting putting trash cans in at different spots and I highly recommend against doing it.”

“We don’t do it daily but we do remove that bag,” he said. “We run into another problem with trash cans especially with dog poop where they are so heavy that I lost one of my men to permanent disability from lifting up trash. He stopped working. It’s definitely an issue.”

Campbell said that the problem of accumulating waste bags compounds itself.

“As soon as one person puts a bag down, everybody does, it’s awful,” she said.

Chair Rona Siegel said she passes by the area regularly and that she would keep an eye on it.