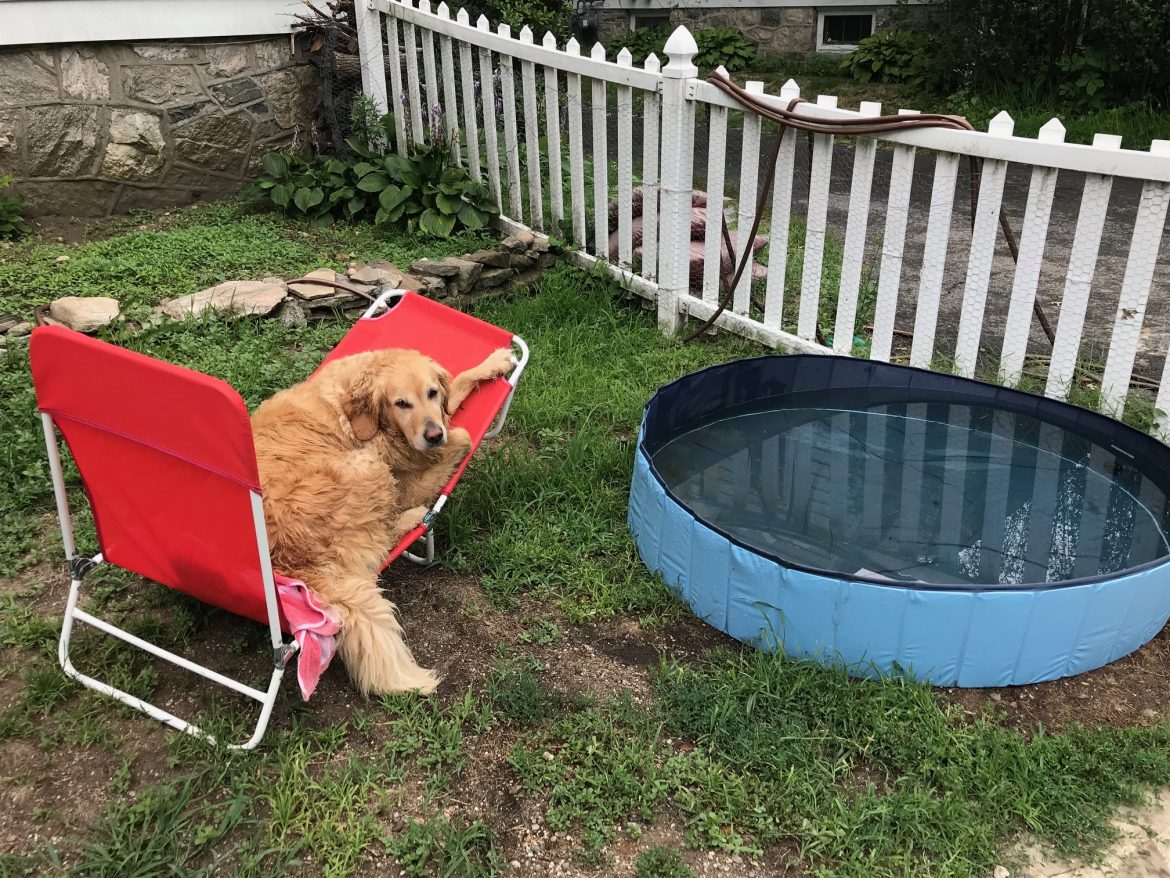 Police are urging residents to keep their pets cool and safe amid yet another sustained heat wave this summer. 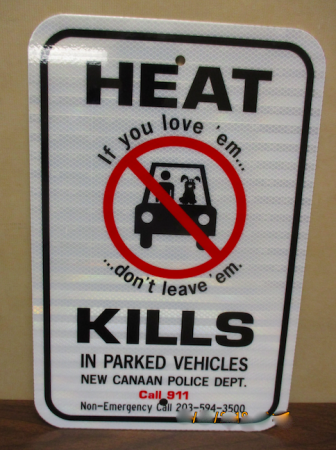 This sign is posted in parking lots around New Canaan.

Residents can be seen running with their dogs at Waveny or along South Avenue “and I don’t think they realize how hot that pavement is,” according to Officer Allyson Halm, head of the New Canaan Police Department.

“It is so unnecessary and dangerous,” she said. “It’s OK the early morning or maybe in the evening If it cooled down, but definitely not in the heat of the day. And dogs don’t cool like we do, so you don’t realize that when a dog is lagging behind, they are saying ‘stop.’ ”

The National Weather Service has plated the area under a Heat Advisory through 8 p.m. Wednesday, saying “hot temperatures and high humidity may cause heat illnesses to occur.”

“A Heat Advisory is issued when the combination of heat and humidity is expected to make it feel like it is 95 to 99 degrees for two or more consecutive days, or 100 to 104 degrees for any length of time,” the organization said.

The Advisory comes as New Canaanites reel from days-long power outages, leaving many without air conditioning or relief during the hottest time of year. As of 11 a.m. Monday, one-quarter of New Canaan still had no power following an Aug. 4 tropical storm.

Halm warned residents also to not bring their dogs with them while running errands in a car.

“We will get a call immediately and we will respond, and we may need to take steps because it is too dangerous in a car, no matter how long,” she said.

Halm added that residents seem to have done well to ensure their dogs are safe inside, as the outages have disabled invisible fences and pets haven’t been reported missing or found roaming since the storm hit.

“Kudos to everybody because they are obviously taking steps,” she said.

One thought on “Animal Control: Leave Your Dogs At Home”