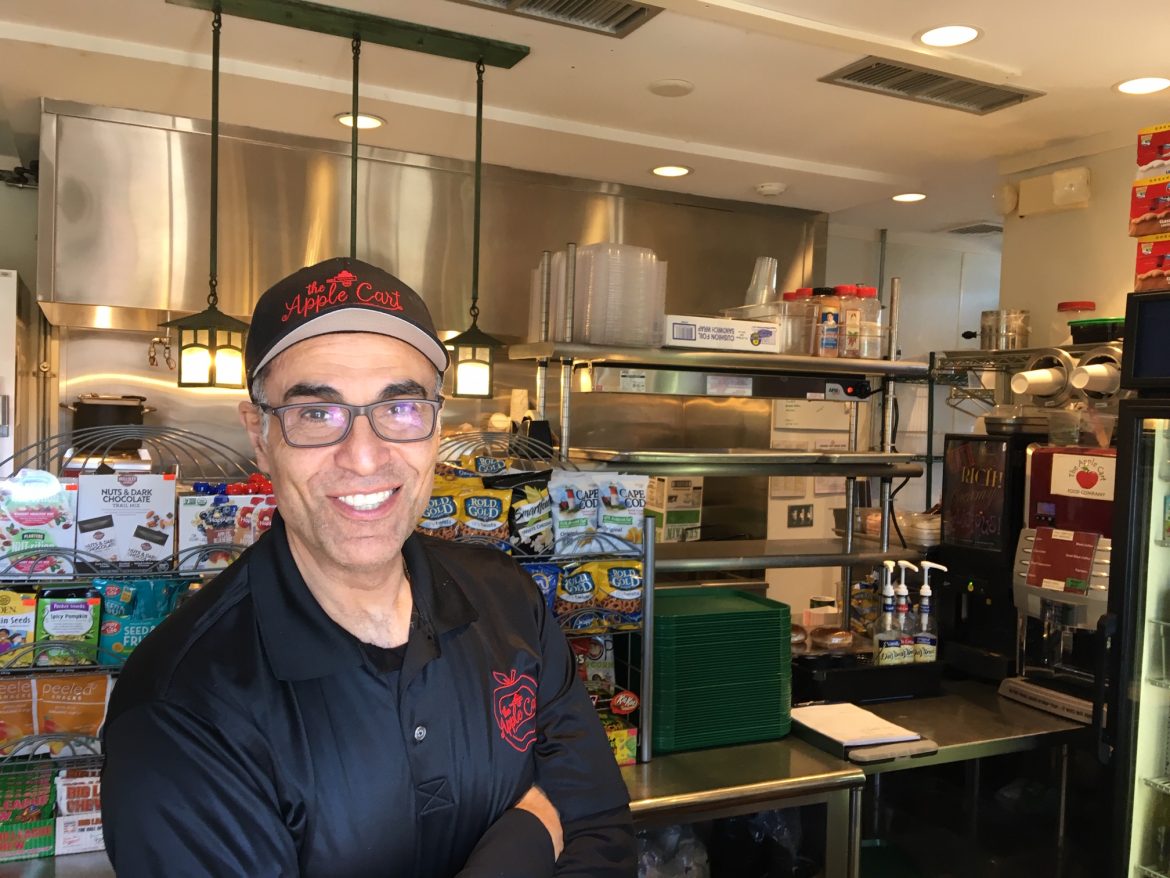 In a sure sign that spring has arrived in earnest in New Canaan, town resident Emad Aziz has opened the Mead Park Lodge for the 2019 season.

The owner of the Apple Cart Food Co., which celebrated its twentieth year in 2018, officially opened his pristine gourmet food counter about 10 days ago.

“We opened earlier than we usually do,” Aziz said Tuesday. “The weather  was nice and I wanted to open up and to expedite the summer, to come faster. When I open, psychologically it is here.”

The popular eatery is poised to serve an increasingly broader base of diners this year, with a new rubberized-surface playground to go in soon, new turf-infield little league baseball fields across the parking lot, which are expected to see increased use as well as host regional tournaments and additional sidewalks connecting the neighborhood to Mead Park.