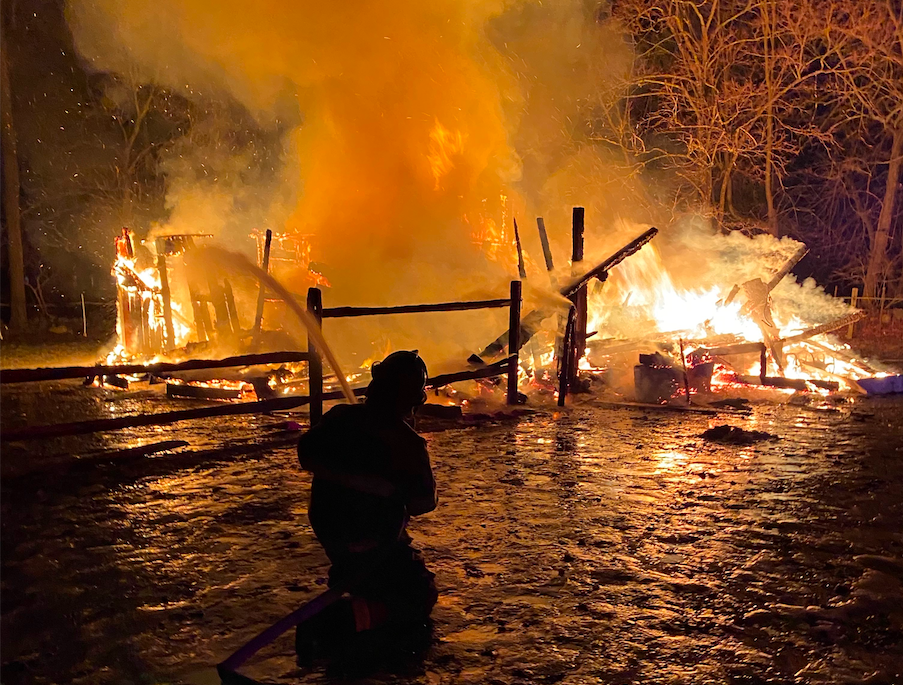 A two-story barn in New Canaan was lost in a predawn fire Monday, officials say. 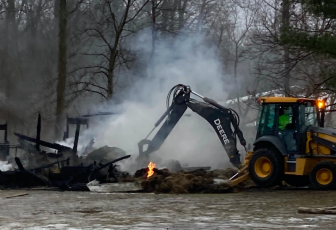 The horses kept in the barn at 407 Silvermine Road already had been let out into a pasture and were not injured in the blaze, according to New Canaan Interim Fire Chief Albert Bassett.

Firefighters were alerted by a call at approximately 4:48 a.m. from a worker at the New Canaan Mounted Troop, which is located nearby, Bassett said. A second alarm went out at 4:56 a.m., dispatch records show.

The barn included stalls downstairs and a hayloft upstairs “and it was fully involved when we got there,” Bassett said. 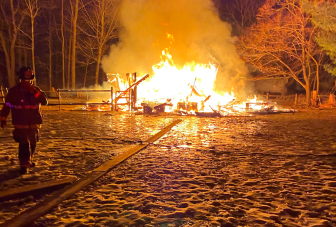 “It was already a loss when we arrived,” he said.

According to tax records, the 2.66-acre property on Silvermine Road, located just east of the intersection with Carter Street, has been continuously owned since 1981. It includes a house, two barns and two sheds, the records show.