A cat that wandered into a New Canaan home last week is expected to go up for adoption soon, officials said. 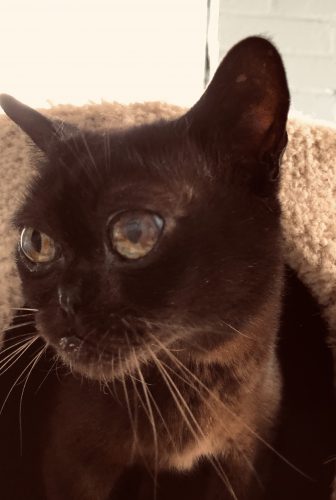 A cat wearing no ID or tags wandered into a home on Richards Lane last Friday. Credit: Sean O’Neill

The black cat on Friday entered a Richards Lane home wearing no ID tags and local police transported the animal to the town’s shelter at the dump, according to Officer Allyson Halm, head of the New Canaan Police Department Animal Control section.

Animal Control held the animal over the long weekend “hoping someone would realize they lost their cat,” Halm said.

It wasn’t clear whether the cat was a stray, or had been dumped or lost.

According to Halm, the cat is a male, appears to be a purebred and “has features similar to those of a Bombay cat.” His age is currently unknown.

The animal was in relatively good condition when it was taken in, Halm said.

“It might have been a little thin when we got it—the coat seemed a little disheveled—but it seems to be fine now,” Halm said.

The cat will be available for adoption June 5, Halm said.