Fans of the “High School Special” will soon have to look elsewhere for their chicken nugget and potato cone fix, as New Canaan’s Chicken Joe’s will be closing its doors Sunday for the last time. 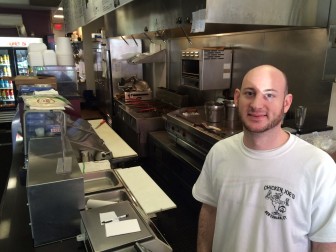 Chicken Joe’s co-owner and New Canaan resident Jay Greco said the Elm Street eatery is closing, primarily, because of prohibitively high rent and tough parking. Greco also said that he donated to and otherwise supported various groups in town and did not always see a return on those investments.

Greco thanked his loyal customers and noted especially that Lou Marinelli and the New Canaan football team were huge supporters of Chicken Joe’s.

A sign posted on the front door announced the closing of the deli, which has been a go-to for New Canaanites since opening in the spring of 2010 featuring their fried chicken and cones and a dazzling array of wraps and sandwiches.

Mark Weber, the friendly face at the register and manager of the New Canaan location, echoed Greco.

“We would just like to extend our appreciation to all of our customers over the past six years,”  Weber said. “Unfortunately, we are closing our doors effective January 10, 2016. However, we do have six other locations—feel free to stop in. We are all the way up in Albany, New York, and then of course Cos Cob, Greenwich, Rye, New Rochelle and Port Chester.” 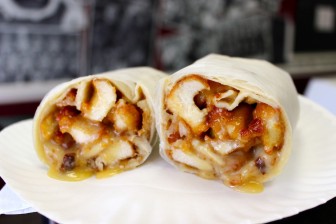 The restaurant, frequently at the top of our “Top 10” and “Best of” lists, has been active in New Canaan since opening, mostly sponsoring various sports teams.

“We are sorry to see a locally owned business close,” Murphy said. “Since 2010, Chicken Joe’s has been serving the teen population well and we’re sure they will be sorry to see them go and we look forward to seeing whoever will fill that space.”