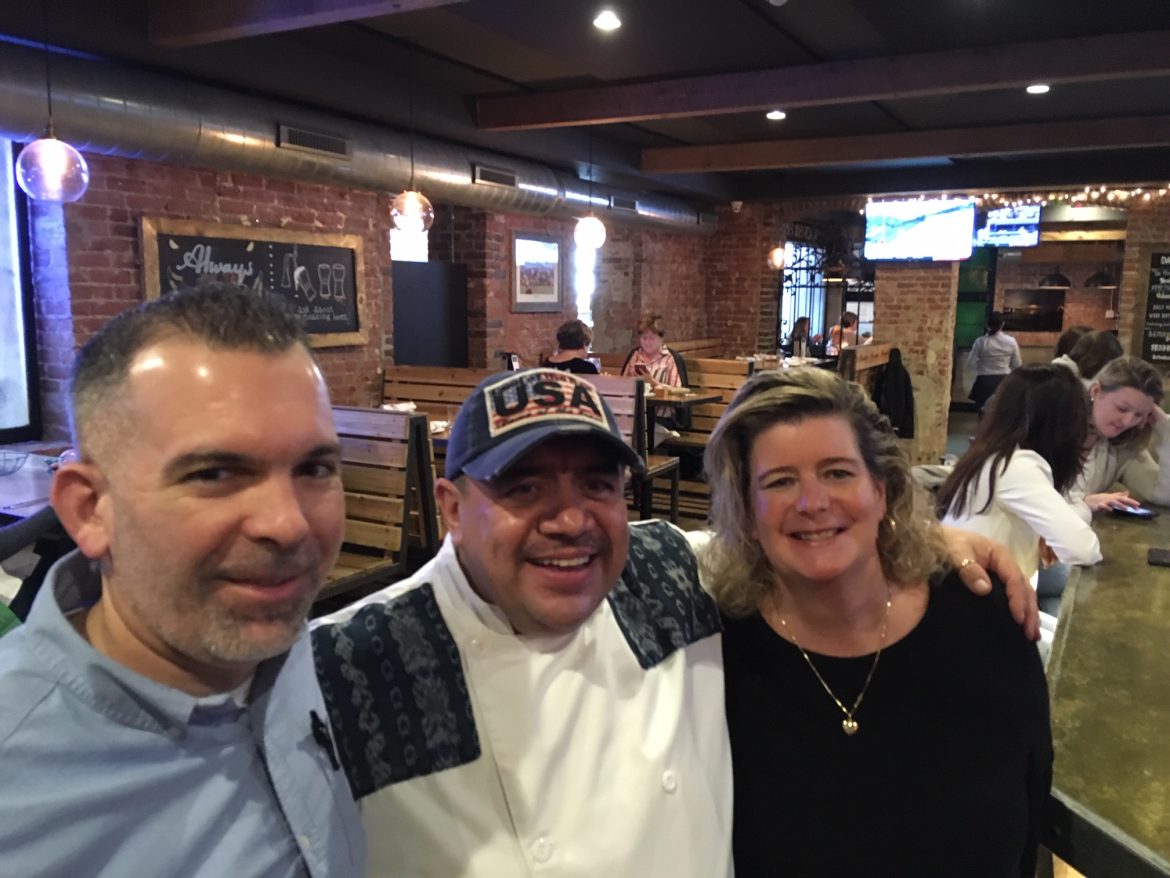 A favorite chef among local diners, Luis Lopez, on Monday returned to New Canaan to start his new job running the kitchen at Gates.

Formerly of his popular ‘Chef Luis’ restaurant on Elm Street—which changed names and hands following his departure more than one year ago, and finally closed—Lopez said he is “thankful for the opportunity.”

“I feel like I never left. All my customers and friends came to see me when I went to Ridgefield,” Lopez said, referring to his most recent position. “New Canaan is my home.”

Asked how he felt about cheffing at Gates, Lopez said, “I am excited. I feel that we share the same philosophy of business and community service.”

It’s been nearly four years since Gates was sold to new owners, and about three since it re-opened.

Asked what made him want to bring Lopez to Gates, owner Jay Luther called him “a very talented chef whom I have worked with over the years.”

The team at Gates, including General Manager Sheila McGinnity and Bar Manager Rich Hewitt, have been “working on revamping the menu and service standards over the past six months to get the Gates offering back to where it was meant to be all along—a family friendly restaurant featuring moderately priced great food and an engaging tavern-bar scene. “

“The funny thing is that Luis was supposed to be the opening executive chef for Gates when we reopened in 2016,” Luther said. “Good things happen for a reason and we’re hopeful that customers will ‘Come home to Gates,’ our new mantra for 2019.”

The group is “excited to have Luis join the Gates family,” Luther added.

“He is a team player and a very talented chef with innovative ideas.”

Asked what Gates patrons could expect food-wise with Lopez’s arrival, Luther said the plan is for him to “get to know the current menus, work on improving some of our existing core items and add some of his favorite dishes that many customers have grown to love over the years. “

“Together, the management team is planning to do a complete menu revamp in mid-February,” Luther said.