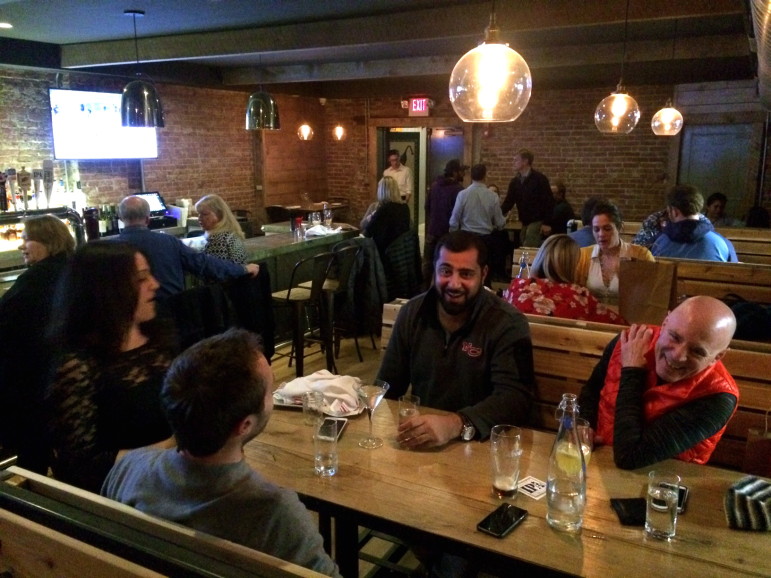 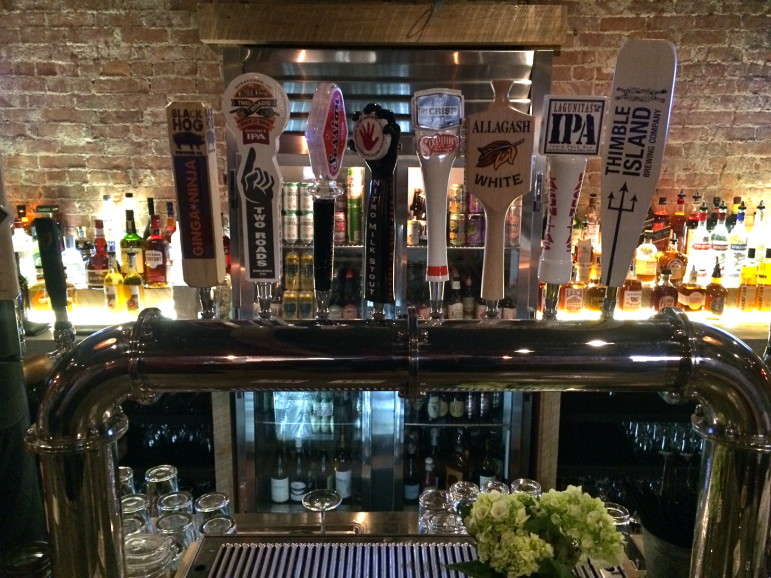 The wood-fired oven at Gates anchors one corner of a new food bar overlooking the open kitchen. Credit: Michael Dinan

Gates-goers can get service in the main dining area this week by reservation. Credit: Michael Dinan 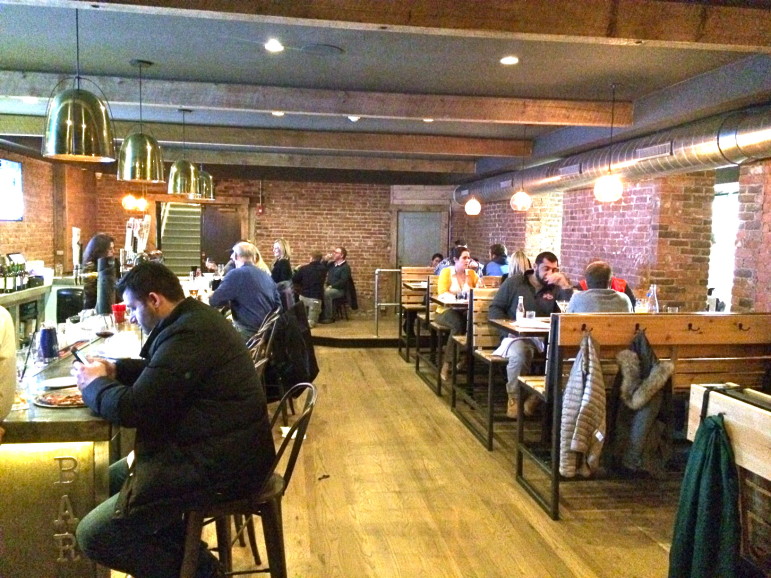 What we knew for years as "Frank's Bar" at Gates. Credit: Michael Dinan

Some 10 months after closing its doors for the first time since launching in 1979, Gates restaurant is re-opening this week under new ownership, with a fresh look and menu. 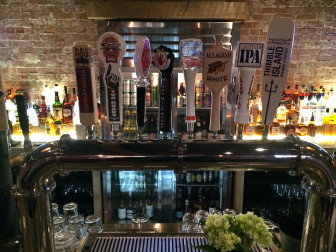 Though no formal word went out about it, New Canaanites descended on the Forest Street institution for a hopping bar scene Monday night, while an invite-only dining crowd filled the newly configured main floor at Gates—complete with a food bar overlooking a wood-fired oven and open kitchen.

The bar now will be open nightly, while the restaurant is on track to open for dinner service this weekend (by reservation only), according to Jay Luther, an owner of Gates with fellow town resident Paul Tully. It isn’t clear yet just when Gates will open for lunch—stay tuned. 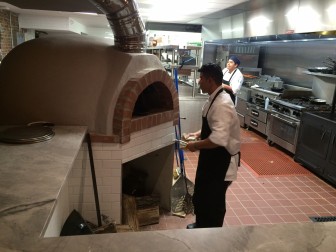 The wood-fired oven at Gates anchors one corner of a new food bar overlooking the open kitchen. Credit: Michael Dinan

“It’s fantastic,” Luther said of the long-awaited re-opening. “It’s been a long time and we can’t walk up the street without people asking us, ‘When’s it opening? When’s it opening?’ And to finally get it open is great.”

The menu—which as of now features rotisserie chicken, kale and quinoa salad, a burger and fresh fish dishes as well as “old Gates” staples such as the Chop Chop Verona salad and the Lobster Bisque—is about 75 percent final, as the staff continues to refine its offerings so the menu is “set up for success,” Luther said.

It’s off to a great start. 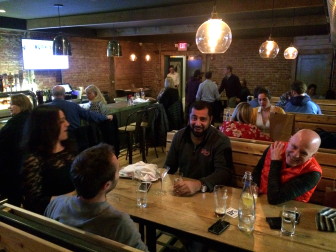 New Canaan’s Kelly Kraus was among those who ducked into Gates to check out the bar and restaurant on Monday, and she said “the space looked terrific.”

“It is fresh and contemporary but still warm and I love the exposed brick,” Kraus said. “I didn’t have anything to eat but it all smells delicious. I think the idea of being able to sit and watch them cook is fascinating and fun, and I cannot wait till I get to go back.”

As the new owners had said last year, the reimagined Gates gives a nod to its original incarnation while updating in key ways. The hostess, bar and main dining areas are now visible from virtually everywhere in the restaurant, while exposed brick that Gates’ new owners discovered during interior demolition lines every wall and dividing wall. 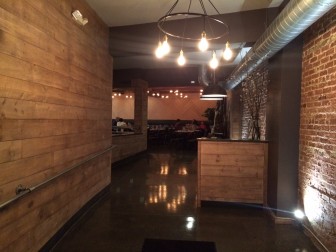 “I think their vibe is going to be great,” said New Canaan’s Lorenzo Colella, a 1995 NCHS grad and owner of Joe’s Pizza around the corner. “The stage is awesome—I can’t wait for the live music. The vibe is awesome, I really like the décor—with the brickwork of the building, they almost did it old school, like ‘before Gates’ old school. They went even farther to respect the building, it’s good.”

Tully said he’s been “so happy to see our friends come into Gates.”

“We’re excited to have the bar and restaurant open and we’re looking forward to another 36 years of prosperity,” he said.

One thought on “‘The Vibe Is Awesome’: Gates Reopens”