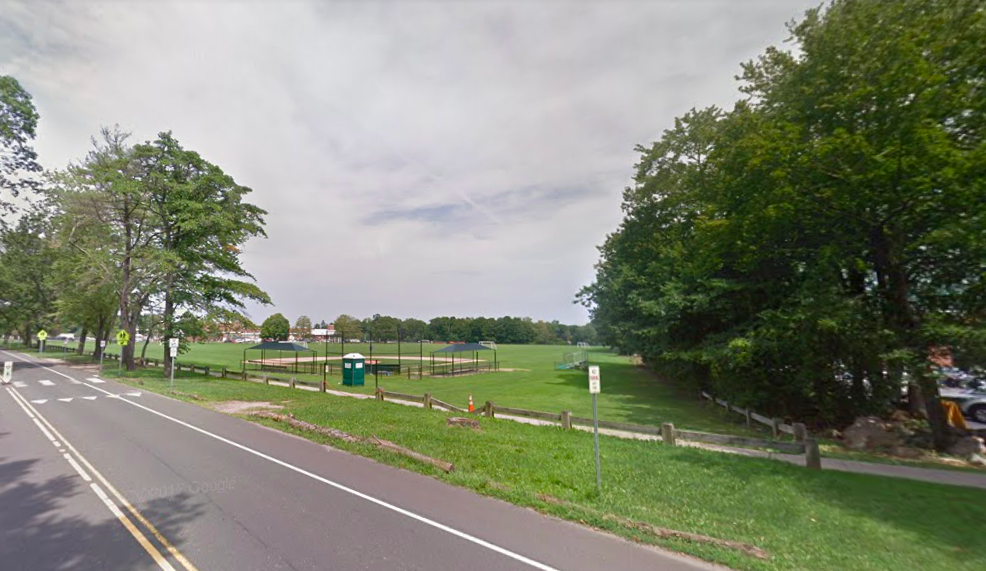 The town’s highest elected official on Tuesday distanced himself from a resident’s proposal to build a new police station where a Saxe Middle School baseball diamond now stands, saying instead that a parking lot could go there.

The New Canaan YMCA “has a horrible deficit of parking,” First Selectman Kevin Moynihan said during a regular meeting of the Board of Selectmen.

Saying that the Saxe baseball field could be built anew at Kiwanis Park, Moynihan said the question facing New Canaan now is “whether or not the town wants accommodate the YMCA, which definitely needs more parking and whether or not people would be agreeable, because that baseball diamond right now is in the worst possible position it could be.”

“There is no parking,” Moynihan said at the meeting, held in Town Hall. “You can’t park at the YMCA.”

“So you are not now talking about new police station at Saxe, but additional parking for the YMCA?” Williams said.

Saying he loves the YMCA and that he knows Moynihan is a member, Williams noted that the organization “had a big spend to do a renovation” recently.

“They should have thought about parking,” Williams said. “But for us to take Saxe fields and turn it into a parking lot, I am not supporting it.”

Devereaux also pooh-poohed the idea, saying, “I think the idea of putting a parking lot where the baseball diamond is is almost as objectionable as a building there.”

She added, “I also think in my experience it is unusual for us to be pushing an idea about a field.”

Moynihan responded that “ it is our obligation.”

“We have a diamond that is in a terrible position,” he said. “You cannot park there.”

To Williams’s observation that he had “never heard anybody complain about that baseball field, Moynihan said people have complained about a lack of parking that leaves them no option but to simply pull off of a state road (Route 124).

Moynihan also distanced himself from a proposal he’d shared about building a new police station on the site. Municipal bodies have agreed for years that the current New Canaan Police Department headquarters on South Avenue needs to be renovated, work now estimated to cost about $10 million. Former Police Commissioner Stuart Sawabini recently proposed the idea of building a new station on the Saxe field adjacent to the YMCA, and Moynihan by way of sharing the idea said that baseball diamond could be replicated at Kiwanis Park.

The first selectmen in public meetings since then has said the two ideas—relocating the Saxe baseball diamond to Kiwanis and building a new police station there—are not connected. In criticizing news stories reporting on the matter, Moynihan has said discussions he led about the Saxe field during budget hearings last week had nothing to do with the police station proposal that he’d broached during a press briefing earlier in the month—and he reiterated that assertion during Tuesday’s meeting.

Even so, Moynihan can be heard during a Jan. 22 budget hearing not only peppering district officials with questions about “the need” to keep the Saxe field, but also asking Williams specifically about the idea of building a new police station there.

“Your objection to Saxe is the vista?” Moynihan asked during the Jan. 22 meeting (audio embedded below). “Losing the vista?”

Williams responded yes, that he would “hate to see” the sight of “young kids running around playing sports on verdant green grass” spoiled.

Devereaux also had been critical of the proposal to build a new police station at Saxe baseball field.

Moynihan, who has discussed  but never endorsed the Sawabini proposal, said Tuesday that his own preference is to install the police at a downtown office building that New Canaan would need to purchase. In the past, Moynihan has said that with some new construction, the “Covia building” at Elm and Grove Streets also could accommodate the Board of Education, which now rents office space downtown.

“I am waiting for the numbers to tell us what is the best option,” he said.