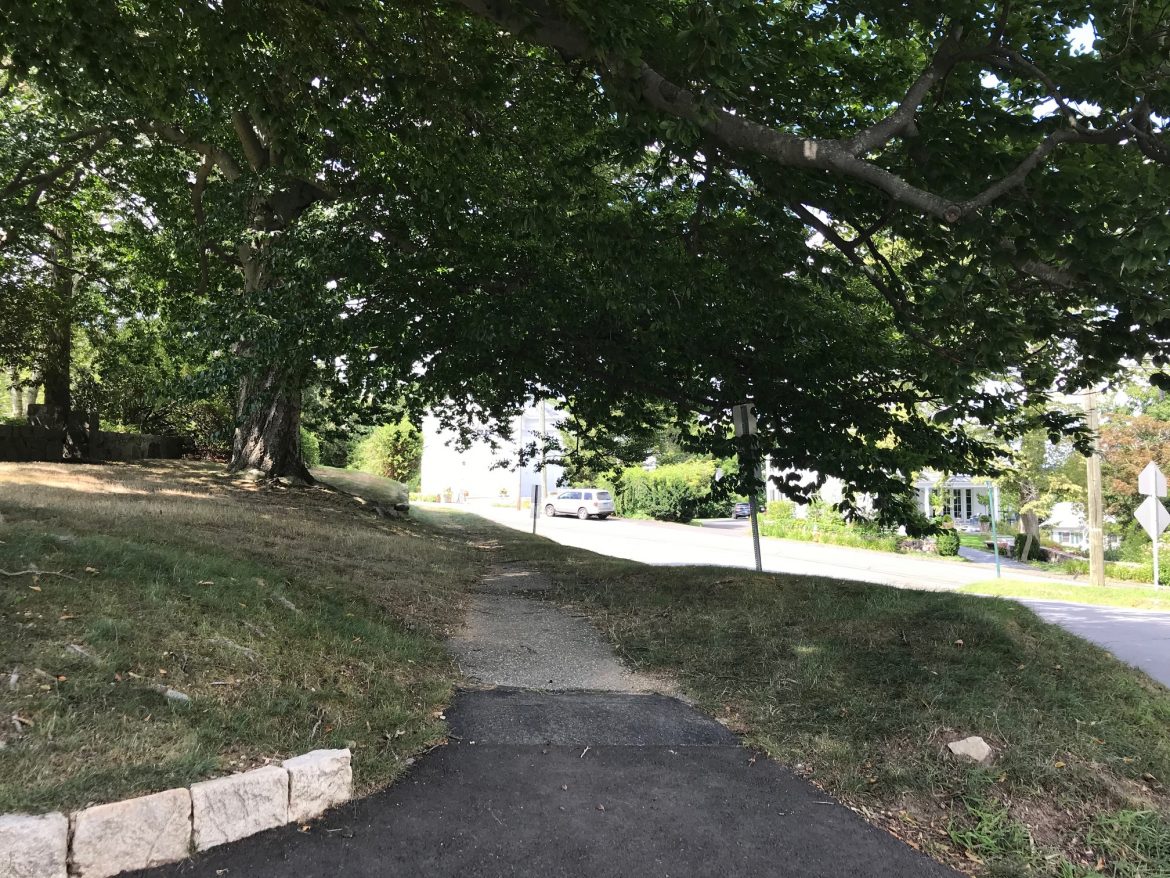 A sidewalk that runs in front of the Congregational Church on Park Street ends before the end of the block. Credit: Michael Dinan

The projects include new and reconstructed sidewalks on Main and Park Streets.

One calls for a reconstructed sidewalk climbing the hill on the east side of God’s Acre from Heritage Hill Road all the way along Oenoke Ridge to Parade Hill Road, according to Tiger Mann, the town’s public works director. The other two effectively will create continuous sidewalk access for pedestrians coming up Park Street in front of the Congregational church and will wrap around the corner at Oenoke “in order to give sight lines and then there will be a crosswalk so that, in essence, you are getting right across the street to the district itself or to the Historical Society itself,” Mann told members of the Historic District Commission at their July 23 meeting, held via videoconference.

“It’s terrible, really bad,” she said. “You cannot even push a wheelchair on it now.”

The sidewalks themselves in the district will be colored gray concrete, Mann said.

“We have done similar installations in the district,” Mann said. He added, “We try to make it look slightly like stone or slate.”

Mann noted that the town has applied for several grants to help offset the cost of the sidewalk installations, and that the ones now planned will finalize the “greenlink” walkable route long planned in partnership with the New Canaan Land Trust and New Canaan Nature Center.

Lampert asked how Mann planned to do the sidewalk work without affecting the roots of some large trees alongside it. Mann said officials are consulting with the tree warden, and one idea is to “bridge” over the tops of the large trees’ roots.