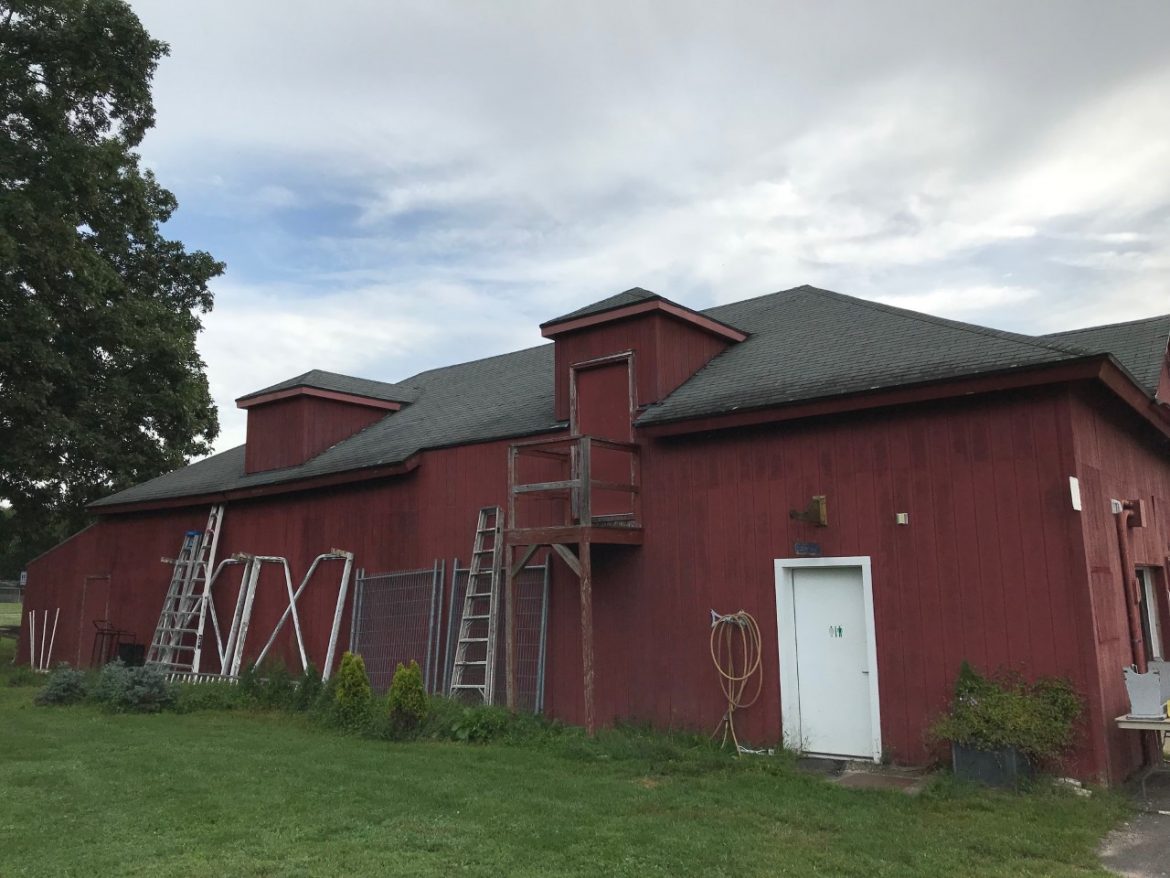 The volunteer municipal body responsible for studying historical buildings in New Canaan wants to double the amount of time it may delay the demolition of such structures.

It currently “is not an adequate incentive for an applicant to seriously consider alternative solutions to demolition,” Committee member Laszlo Papp said during the appointed group’s Sept. 13 meeting, held at the New Canaan Historical Society.

“And 180 days possibly will provide more incentive to keep, repurpose or maintain the historical property,” he said.

Under Section 12-A9 of the Town Code, a written objection to a proposed demolition that is deemed “pertinent” by the town building official could lead to a delay of up to 90 days, if the Historical Review Committee finds the structure in question is “of an age, style, condition or character that is of historical, architectural or cultural significance” to New Canaan.

Most recently, the Committee imposed a delay on the proposed demolition of a New Canaan Country School barn. The private school wants to raze it to make way for a pool house.

Committee member Marty Skrelunas said that extending the demolition delay period would help those seeking to preserve a building that’s facing the wrecking ball by giving them more time to raise money and meet deadlines for grants.

Yet it isn’t clear how making the change would help the Committee meet its responsibilities, according to Chief Building Official Brian Platz. A guest at the meeting, Platz said that New Canaan hasn’t faced a situation where expanding a 90-day delay to 180 would’ve saved a structure.

A 90-day delay imposed on a Forest Street home was lifted last year within that timeframe when the Committee and builder on the project came to an agreement regarding redesign, Platz said, and three summers ago a local couple purchased a Ferris Hill Road home just as the 90 days was closing.

In addition to Papp and Skrelunas, Committee members Rose Scott Long, Mark Markiewicz and Ed Vollmer voted in favor of the commendation. It now moves to the Town Council Bylaws & Ordinances Committee for review and possible referral to the full legislative body.

The Town Council will have much to consider.

According to Platz, when the elected body two years ago discussed the prospect of extending the demolition delay period to 180 days, one matter that came up was the “unintended consequence” of an adverse impact on property values.

“If an individual is selling their home and they themselves recognize that the greatest value is the land, that it is more likely than not a teardown, the potential buyers of that home possibly faced with a 180 day delay will either walk way or they will lowball the offer with the possible threat of carrying that house with the carrying costs for six months,” Platz said.

Papp said that’s why the Committee’s recommendation will be that the 180 day figure is an option and it may recommend a briefer period of delay or lift the delay midway.

“I believe that thing can change somewhat, I believe and all I believe that the appreciation of and protection of historical properties is more on the table now than it was some years ago,” Papp said.

Platz said that if the Committee’s intention “truly is preservation, may I suggest that the Historical Review Committee follow through with what they were charged to do within the ordinance.”

He that it is a primary duty of the Committee, under the Town Code (section 12A-8), to “prepare and update the Historic Resource Inventory listing structures in the Town of New Canaan with historical significance,” as well as “to prepare and update written criteria for the analysis of historical, architectural, and other characteristics relevant to this ordinance” and “to reach out proactively to owners of significant structures and inform them of the tax benefits, grants, and economic, cultural, and aesthetic benefits of historic preservation, and to encourage the preservation, rehabilitation and reuse of such structures.”

“With that said, the responsibility to be proactive was put on your Committee when the ordinance was adopted and to my knowledge the Historical Review Committee has not even burn to perform that function that they were charged with at the adoption of the ordinance,” Platz said.

Vollmer responded that “we do not have any funds to allow us to partake in the process.”

Platz said he was in attendance to discuss the ordinance itself, not funding.

In the past, in discussing the demolition delay, the word ‘punitive’ was used with respect to the homeowner, Platz said.

Skrelunas said the Committee has no track record of that.

“On the rare occasion that it’s necessary, it could be because those who come to us might feel it is of great importance to the overall community value,” Skrelunas said. “And the 180-day [delay] would come really with a lack of cooperation from the homeowner.”

Platz also underscored that the Committee can only delay a planned demolition but cannot undo it.

Papp responded “We understand at the end of the day we don’t have the power to forgo the demolition. However, I am personally convinced that there is more incentive for an applicant to work out a good solution as soon as possible if he has got to wait 180 days rather than 90. Ninety days is not that much of a time. And as you know, we had a barn issue with the Country School a few weeks ago and in the judgement of the Committee [that] is a prime example where a good solution can be reached because they want to demolish the barn and in the same place they want to build a pool house. And it was the collective opinion of the Committee that some part of the barn or aspect of the barn can be repurposed for the pool house. And the school, as we see—90 days is no problem to wait out.”