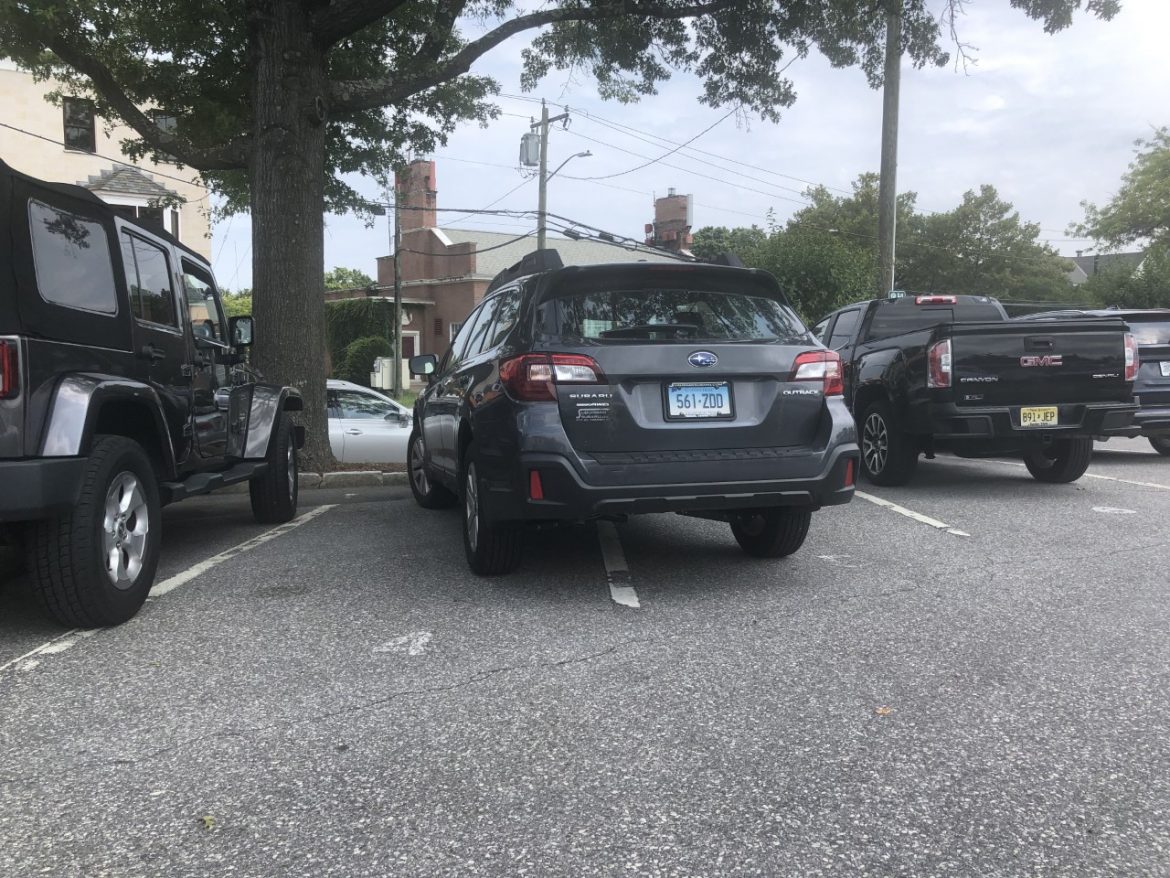 "But but but I was forced to by the other car." BT photo

The volunteers who help oversee New Canaan’s Parking Bureau said this month pushed back on the idea of empowering enforcement officers to void tickets once they’ve been written.

Parking Commission Chairman Keith Richey broached the idea during the appointed body’s Sept. 4 meeting, saying that in certain cases—for example, where someone happened to be in a double-parked or otherwise mis-parked vehicle, or was unaware of a loading zone rule—it could make sense to empower the enforcement officer to retract a ticket.

Yet doing so would bring new risks, the commissioners said.

“It puts the officer on the street in an awkward position when the townsperson says look I lived in New Canaan for 39 yrs and I am a senior citizen and I am really important in New Canaan and I think you ought to waive this ticket,” Commissioner Peter Ogilvie said during the special meeting, held at Town Hall.

“Well, if the officer has the legal ability to waive right then and there on the street, the officer is going to feel pretty intimidated by some of these people. I don’t think you want to give that right to the officer on the street.”

According to appeals filed by motorists cited for violating New Canaan’s parking rules, enforcement officers often say on the street that they cannot retract a ticket once it’s printed.

Parking Manager Stacy Miltenberg said that the officers already give motorists an opportunity to move or urge a driver to correct the violation prior to issuing a ticket.

“They will tell somebody to please move,” Miltenberg said.

“What we try to do in our role here is to be fair and consistent and I think that we expose ourselves with further leniency,” Hering said.

Commission Secretary Pam Crum agreed, noting that enforcement officers on the street “are not the judges.”

“They are following what the law is,” Crum said. “We are the ones who make a decision.”