One of the attorneys for the lunch ladies charged with first-degree larceny, Stamford-based Darnell Crosland, told reporters Monday that he and his client have agreed to be filmed by A&E as part of the TV network’s planned show, “The Accused.” The show “tells the dramatic stories of people at the most vital and most terrifying moment of their lives,” according to A&E. “This gripping series reveals the true inside story of what happens when someone is accused of a crime they believe they did not commit. Featuring the defendant, their family and their legal teams, ‘The Accused (working title)’ reveals the personal cost of every charge, watching each case unfold from the defendant’s point of view. It shares every twist and turn of this traumatic experience from their first meeting with their lawyers right up to the verdict allowing viewers to judge the subject’s innocence for themselves.” 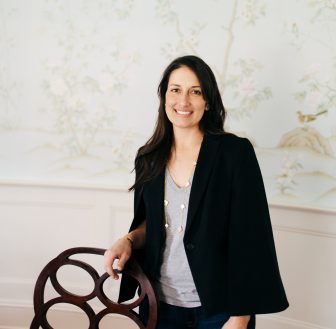 A new business is “popping up” next Wednesday at 4 South Ave. (formerly Funky Monkey) in New Canaan. Owned by New Canaan resident Kate Ferguson, “Palomino Bazaar” is to offer designer custom pillows, rugs, vintage furniture, lighting and accessories. It also will have a “full service workroom” where patrons can re-upholster their furniture and create window treatments or pillows. It will be open 10 a.m. to 5 p.m. Tuesday through Saturday and 12 to 5 p.m. Sunday.

The Connecticut Freedom of Information Commission on Wednesday voted 5-0 in favor of findings from the agency’s counsel that New Canaan broke FOI law by conducting a series of unnoticed meetings last summer. During a hearing in Hartford, the Commission’s counsel recommended that in lieu of requiring seven members of the now-disbanded Town Building Evaluation & Use Committee to undergo training in the law, as originally proposed, a town-wide training would be offered to elected and appointed officials of the town. NewCanaanite.com, the complainant, did not object to that change during the hearing. Commissioners voting in favor of the decision included Jay Shaw, Matthew Streeter, Owen Eagan (chairman), Christopher Hankins and Lenny Winkler. Town attorney Ira Bloom was in attendance (as was I). Bloom did not challenge the Commission’s findings.

New Canaan Public Schools scored highest in the state on the Smarter Balanced Assessment Consortium test, a standardized test for students in third through eighth grade, the Hartford Courant reports. 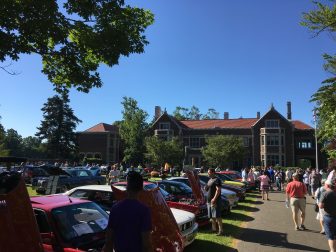 Contrary to what Parks & Recreation Commission Chair Sally Campbell said during a special meeting Tuesday, police officers in fact were inside Waveny Park during June’s Caffeine & Carburetors event, according to Police Lt. Jason Ferraro. Ferraro himself was inside Waveny for the entire event and assisted in helping pedestrians cross the main road through the park—a practice that Campbell and others on the Commission have identified as a safety hazard, though police say they have no such concerns. “It was extremely organized and at no time were any pedestrians in an unsafe position because of moving vehicles,” Ferraro told NewCanaanite.com in an email.

Suburbanites is a great women’s organization in New Canaan whose activities include theatre, bridge and luncheons. Anyone interested in joining for this year, please contact Linda Maranis at lmaranis@optonline.net regarding membership or Penny Rashin regarding bridge at rashin@optonline.net. Bridge groups are being formed now.

New Canaan resident Cathy Kangas, CEO and founder of PRAI Beauty, a global cruelty-free skincare line, will serve as a judge at one of the fun competitions to be held during  “Puttin’ on the Dog” in Greenwich. A popular annual fundraiser for Adopt-A-Dog, it will run 10 a.m. to 4:30 p.m. Sunday at Roger Sherman Baldwin Park in Greenwich. Kangas herself, and her staff, have adopted six dogs from the shelter. PRAI Beauty also will offer free samples there. 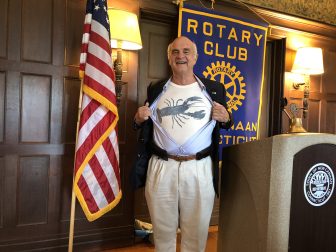 A friendly reminder that the venerable Rotary Club of New Canaan’s “Lobsterfest” is to be held Sept. 21 and 22. Tickets are available through Rotary members and at Karl Chevrolet. Call 203-594-3034 or email ncrotarylobsterfest@gmail.com for more information.

Finally, the 21st Annual Rich-Mich Softball Game will be played at 4 p.m. Sunday in Waveny Park, on the field closest to the pool. The New Canaan tradition is open to all men aged 30 to 80. Most don’t play softball during the year and just “come out and play.” Teams are picked at random. A seven-inning softball game is played which is usually over by 6 p.m. Bats and balls are provided. If you have a mitt, please bring it. If not, you can borrow one. There is no cost and no solicitation for any charitable donations. This is not a fundraiser, it’s just for fun. (Email Keith Richey with questions: 1keithrichey@gmail.com.)