The town on Dec. 21 issued a building permit to M2 Partners and Arnold Karp for the four buildings that will comprise Merritt Village. The permit is for “construction of new multifamily residential units” with 173 underground and 31 surface parking spaces. The units will come to a total of 167,746 square feet and will cost about $16.8 million to build, according to the permit. Its issuance came days after the Planning & Zoning Commission discussed withholding the permit itself until concerns regarding Park Street-facing retaining walls are addressed.

New Canaan Police at 7:10 p.m. Wednesday cited a 19-year-old Stamford man for possession of alcohol by a minor on a public road. An officer on patrol found two unopened cans of beer in the teen’s car after stopping him for speeding on Wahackme Road. 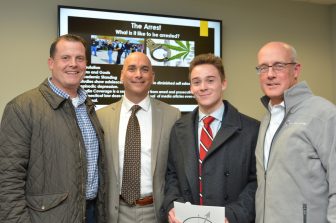 Local attorney Matthew Maddox held a seminar titled “Marijuana: Navigating the Law and Social Policy in the Cannabis Culture” on Dec. 5 at his Elm Street offices. His next seminar, scheduled for Thursday, Jan. 10, is “Campus Relationships and the Law of Affirmative Consent:  Navigating Romance and Risk when Only “Yes Means Yes.’ ” At that event, Maddox will speak about what the Affirmative Consent law means for high school and college students, parents and administrators. 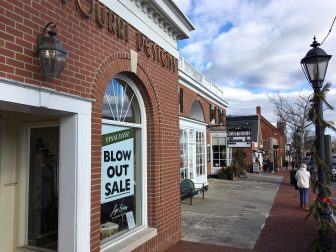 Potpourri Designs at 103 Elm St. is closing, according to a sign posted in its window.

The Historic District Commission at its Dec. 27 meeting approved a Certificate of Appropriateness application for proposed work at 4 Main St., including preservation and renovation of the historical portion of the Greek Revival-style house. 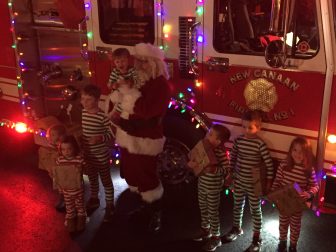 New Canaan Firefighters inaugural “Santa’s Helper” was a huge success. Santa, his Elves and helpers visited 43-plus homes in New Canaan. “Santa was amazed on how many children were on the nice list and was greeted with a huge smile from each child,” we’re told.

Lapham Community Center for the first time will offer assistance with preparing and filing state and federal tax returns, with special attention to seniors and those with low- to moderate-income households. The sessions will be offered 9 a.m. to 4 p.m. on Wednesdays at the Center, starting Jan. 30 and through April 10. Appoints are strongly suggested, at 203-594-3620.

Finally, here’s a great video of a bobcat strolling along a Briscoe Road property, courtesy of Kathleen Corbet: