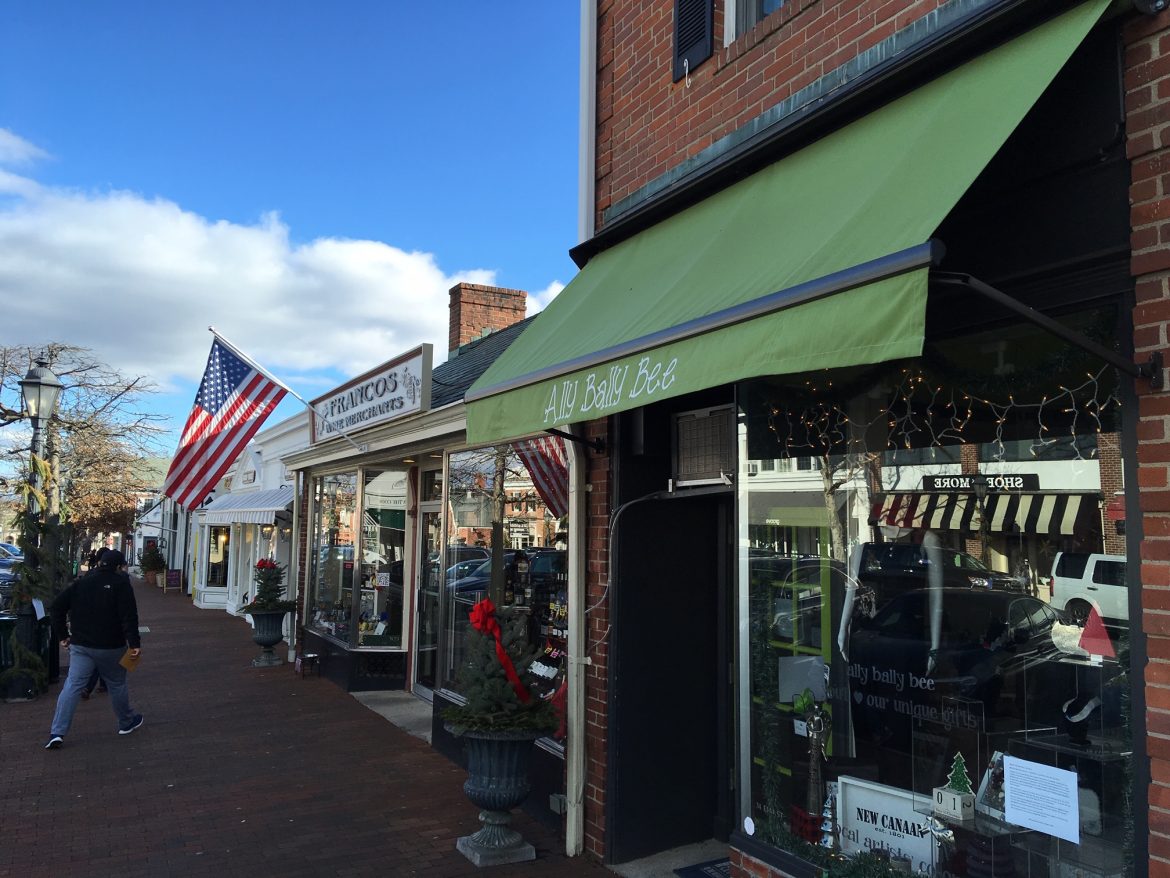 Handcrafted gift shop Ally-Bally-Bee on Elm Street is “hibernating” for January and February, its owner said, while she seeks a new partner interested in taking over the business.

Morag Grassie recently accepted a position at Yale University in her previous field of biomedical research and, as a consequence, cannot devote enough time to the co-op model shop at 134 Elm St. in New Canaan.

Asked what she would tell a prospective partner about Ally-Bally-Bee, Grassie said it’s “an absolutely great way to get involved with lots of small local businesses, to help them promote their ideas and help them polish what they have.”

“It’s a way to help their art businesses flourish, because that is what I see happening with all of the artists who have been with us so long,” Grassie said. “You’re a part of the community, and it’s almost a combination of business and philanthropy, because as a business you absolutely have to make money, but you’re also helping people develop their passions, as well.”

Ideally, Grassie said, the new partner would be a local New Canaan artist who can “be the face of the store” for patrons to connect and identify with, she said. (Those interested should contact info@ally-bally-bee.com for more information.)

Grassie said her original Ally-Bally-Bee store in Ridgefield is continuing to operate and that if a new partner cannot be found by March, all offerings would be consolidated there and the New Canaan location would be closed.

The eclectic gift shop opened in New Canaan in March 2017.

A Scotland native, Grassie earned a bachelor’s degree in molecular biology from Glasgow University and a doctorate degree at the Institute of Virology, a government agency. She then worked as a research fellow and professor and spent eight years in psychiatric drug development and finally in human genome DNA research, leading one company’s large pharmacological department. In her new role with Yale, Grassie said she will help faculty members convert their early biomedical discoveries into new biotech start ups.

Grassie said she has “mixed emotions” on hibernating the New Canaan store, and that the new position with Yale is a “perfect fit” for her.

“I am super excited to be back in science, and what I am doing in science now is almost an extension of what I have been doing for artists for seven years … to help faculty members at Yale develop science into logical business ideas,” she said.

A sign posted in the window of the New Canaan store says partnering with Ally-Bally-Bee could be “a great opportunity for someone to take over a well-established business with a proven model with minimum financial commitment and no initial outlay.”