New Canaan Public Schools as of Monday night had 273 kindergarten sign-ups for the fall, compared to 231 at the same time last year, district officials said during this week’s Board of Education meeting.

The company hired by the town last summer to address the rat problem behind The Playhouse on Elm Street, Stamford-based Aavon Pest Control Inc., charged New Canaan $145 per month for three months to tend its “rodent safety bait stations” and inspect for “rodent burrowing activity,” according to the agreement. 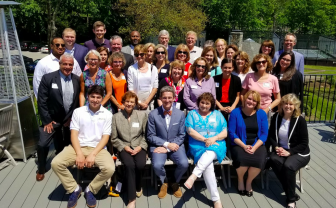 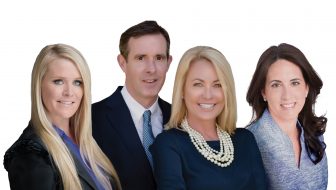 Congratulations to New Canaan’s Jaime Sneddon and The Sneddon Team on earning recognition from William Pitt Sotheby’s International Realty as the company’s top producing agent and top producing team, based on total closed volume for the year 2018.

The Sneddon Team includes Jaime Sneddon, Kendall Sneddon, Bonnie Sztam and Ashley Petraska. Jaime Sneddon additionally was named the New Canaan brokerage’s number-one producer in both dollar volume and unit sales in 2018, according to the compay. Jaime and Kendall Sneddon also each won the Diamond Award, the firm’s highest honor for sales professionals. “I congratulate the Sneddons on an outstanding year in sales, a significant achievement that is a direct result of their relentless dedication to extraordinary service,” William Larkin, manager of WPSIR’s New Canaan brokerage, said in a press release.

New Canaan Police at 5:22 p.m. Tuesday arrested a 26-year-old Urban Street man by warrant and charged him with second-degree failure to appear. The man missed a court date after state police charged him in December for driving with a suspended license, according to Connecticut Judicial Branch records. He’s due back in court March 28.

Club Sandwich on Cherry Street aced a recent unannounced inspection by the New Canaan Health Department, scoring 97 out of a possible 100 following the Feb. 5 inspection. SE Uncorked on Elm Street earned the same high score following a Feb. 12 inspection. Local Pizza on Forest Street scored a stellar 93 out of 100 during a March 7 inspection, and Connecticut Muffin on Main Street scored 98 during an inspection on the same date. 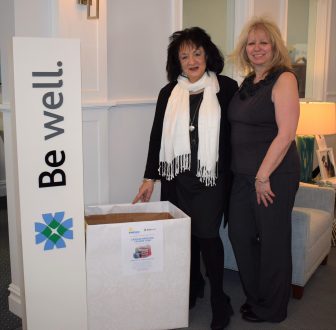 Under a partnership with the Carver Foundation, Bankwell will be collecting new and ‘like new’ luggage through April 5 at both the 208 Elm St. and 156 Cherry St. branches in New Canaan and 370 Westport Ave. branch in Norwalk. The luggage will benefit 35 students from the Carver Foundation in Norwalk who will be going on a 10-day college tour this year. Carver Foundation is Norwalk’s largest provider of after school and summer programs.

Here’s new speed data captured by New Canaan Police. The figures represent the speeds of the 85th percentile of motorists on an average daily basis:

Putting a spotlight on three events coming up soon:

Police Chief Leon Krolikowski reported Wednesday night during a Police Commission meeting that New Canaan has had no reported larcenies from motor vehicles or stolen vehicles so far in 2019.

The town on March 19 received an application for an after-the-fact building permit at 218 Summer St. Work completed there included a finished basement, including two rooms, about 548 square feet in all. The work was done by the owner, the application said. 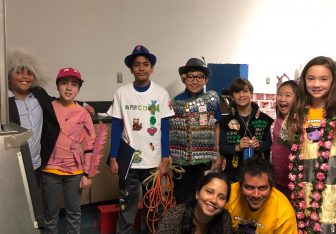 Finally, the Connecticut Odyssey of the Mind state tournament was held March 16, with eight teams from Saxe Middle School and one each from South School, West School and New Canaan High School among the 125 teams participating. Three Saxe teams and one NCHS team placed in the top-2 in their groups and will advance to the World Finals competition in Michigan in May.