New Canaan Police are investigating the reported theft of a leather jacket and tools worth about $113 from the New Canaan Thrift Shop. The larceny was reported Feb. 10.

The United Methodist Church of New Canaan invites the community to join congregants this Lenten season at 10 a.m. Sundays via Facebook Live.

A Hamden man is suing the town in connection with a motor vehicle collision on Route 123 two years ago. The plaintiff was rear-ended by a municipal worker using a town-owned vehicle near the intersection of Carter Street while traveling southbound at about 3:25 p.m. on Feb. 15, 2019, according to a complaint received last Thursday in the Town Clerk’s office. 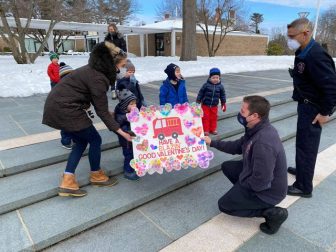 Police at 10:35 a.m. on Feb. 13 arrested a 28-year-old Stamford woman and charged her with second-degree failure to appear. She’d been charged in May 2020 with interfering with an officer as well as motor vehicle offenses. Last weekend, the woman was clocked at 50 mph in a 30 mph zone on Silvermine Road and, during a subsequent stop, police discovered that she had an outstanding warrant. 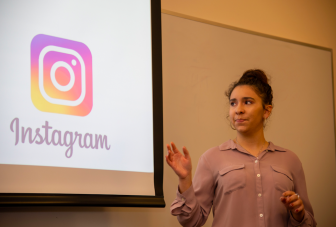 Employer and intern applications are now open for SHE WORKS, a career readiness and internship program for high school seniors and college students that’s organized by New Canaan-based nonprofit organization LiveGirl. Founder and CEO Sheri West said in a press release, ”While Internships are an important foundation for one’s career and have been proven to increase a student’s chance of getting a job upon graduation, who you know still matters most.” West continued, “SHE WORKS provides the education, tools, mentors, and resources that young women need to thrive.” SHE WORKS is generously funded by the Powell Family Foundation.

Larcenies from motor vehicles increased from one to six year-over-year in January, Police Chief Leon Krolikowski said during Wednesday’s regular meeting of the Police Commission. Stolen vehicles also increased from zero to three in January 2021 compared to the year-ago month, he said. 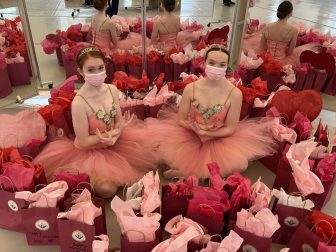 At about 3 p.m. on Feb. 16, $41 found in the snow near Park and Mead Streets was turned into police and is being held in property management. 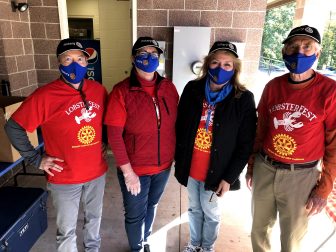 Finally, the Rotary Club of New Canaan has opened its annual grant applications. They will be accepted through March 31 from registered 501 c (3) organizations in New Canaan and neighboring areas for grants in either health/wellness or education/literacy. Applicants should send the following information in no more than two pages via email to allocations@newcanaanrotary.org: