Studio Elan, an established business on Burtis Avenue, is moving into the former Candy Scoop space on Elm Street, up the alley by Chef Luis and next to New Canaan Music. 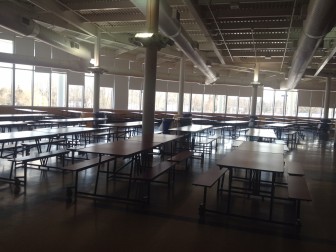 Police responded to a call at 1:28 p.m. last Saturday that a dog near Forest Street and Locust Avenue was “going crazy in a car.” The dog’s owner, who was inside the nearby New Canaan Diner, paid her bill and left the restaurant to take care of the barking animal. 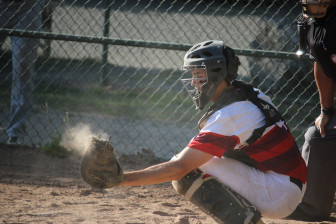 Congratulations to 2015 NCHS graduate Zack Smith on being named “Rookie of the Week” for baseball in the Commonwealth Coast Conference. The Salve Regina University freshman hit in five of six games, including three multi-hit games, and on April 8 smacked his first collegiate home run, against Rhode Island College.

We’re hearing that the “Sundae Slinger” incident at Baskin Robbins two weeks ago, it’s become a standing joke when customers walk in the door to demand a refund. 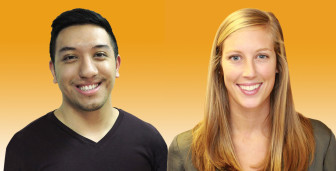 New Canaan-founded nonprofit organization Future 5, which helps low-income high school students in Stamford graduate and connect to a better and sustainable education and career path, promoted Ellen Berube to director of students, and Raul Oliva to student advocate and business administration assistant. Berube, a New Canaan resident, also serves as a resident tutor for the students of ABC of New Canaan. 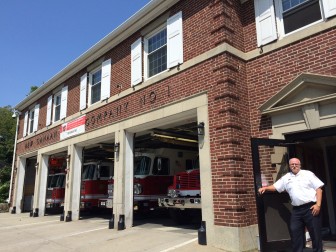 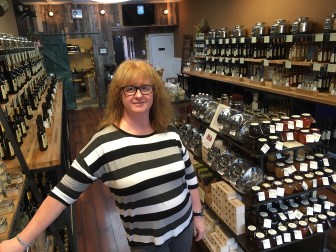 Be sure and check out the new layout at New Canaan Olive Oil on Elm Street. Heidi closed the shop for a few days to remodel the space so it’s more open and showcases more products—there’s an entire rack dedicated to gourmet salts now.

The Board of Selectmen on April 5 appointed New Canaan’s Wade Eyerly to the Utilities Commission. He fills a seat vacated by the late Howard Freeman, who led the group as its chairman (now Tom Tesluk).

A friendly reminder to cover swimming pools at night as warm weather approaches, if not try and ensure they’re fenced in from domestic animals and wildlife that may get trapped in the water. Animal Control officers at 10:58 a.m. on April 7 were called to a Wahackme Road home on a report of a dead dog in a pond. It turned out to be a raccoon. 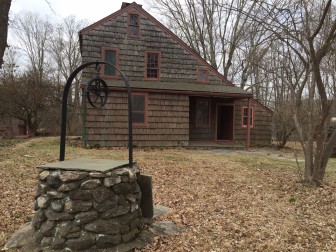 The “Save 8 Ferris Hill” group that’s working hard to find a way to preserve the 1735-built historic home there is urging those who support their effort to offer their pledges (rather than donations) at this time. “Although we are not officially able to accept donations at this time, we are absolutely accepting pledges from everyone, in any amount,” said Lesley Cousley, president of the New Canaan Preservation Alliance and fundraising chair of the Save8FerrisHill Committee. If nothing can be done, the home would be eligible for demolition June 1.

The U9 White Team of the New Canaan Football Club started the season with a 4-2 victory against Greenwich Milan. The New Canaan White team hustled hard in the first half and picked up their first goal when Brooks Thompson broke away for a 1×1 against the goalie. Brooks blasted a shot against the goalie and Simon Tchakarov was perfectly positioned to put away the rebound. Going into the 2nd half, Sajan Shah picked up a break away goal as he sped past the defense with a stunning finish. 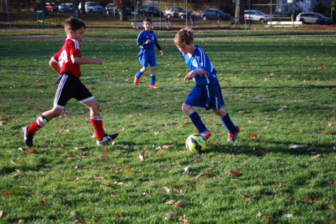 Up 2-0, Milan put on the pressure and evened the score with two goals. The White team kept their heads, hustle and positions on the field. Shah took advantage of a quick throw in deep in the Milan side of the filed and found Tchakarov streaking toward the goal. Unattended, Simon was able to pick up his second goal of the game. With a few minutes left in the game, Shah broke away again and was tripped in the box forcing a penalty kick. Holden Prymas was called to take the shot. Holden, the center back, put the shot in the upper left hand corner off tip of the finger of goalie, the cross bar and the back of the net icing the game.

The team hustled hard against at a tough Greenwich Milan team. Jack Mitchell was tireless in the midfield and Oliver Sturn played a tough stopper in the goal for the entire game. Congrats NC White. 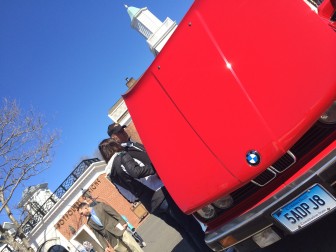 The season’s first Caffeine & Carburetors is scheduled for Sunday, April 17. It will be held downtown, and this year organizer Doug Zumbach of Zumbach’s Gourmet Coffee on Pine Street is using the event to help promote a Board of Realtors tour of homes, from 10 a.m. to 12 p.m. on the day. “The select houses will appeal to both gear heads and home lovers and will showcase some of New Canaan’s most beautiful settings,” the Realtors say. More information about the tour will be available on the Board of Realtors website. 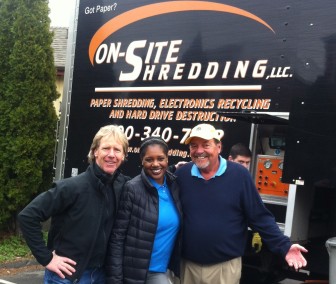 Bankwell in New Canaan held its semi-annual free Shred Day for the community on April 9, and the event was well attended. 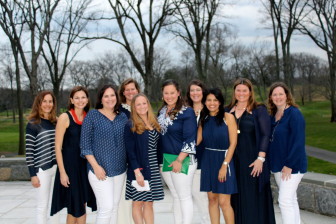 The annual event raises money for West School programs and events and as in years past it was a very successful evening for the school. “It is all hands on deck to produce a fundraising event of this caliber. We could not have done it with out the amazing auction team and our Fundraising V.P’s Marjorie Furman and Elizabeth Michels,” West School PTC Co-Presidents Janet Lee and Katrina Parkhill said in a joint statement.

Congratulations to Sumner Orr, a 4th grader at East School, who finished his snowboarding season by placing 5th in the nation for the Grommet age group, 8-9. 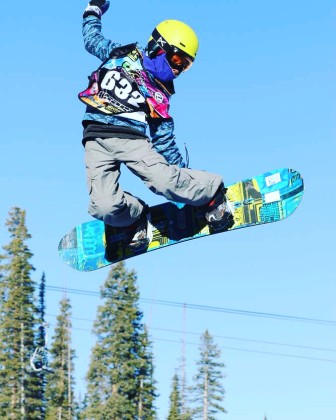 A total of 60 Grommet boys qualified and competed this year in nationals. This is Sumner’s 2nd season competing in the sport. He races for Okemo Mountain Snowboard Team in the Southern Vermont series of the United States Snowboarding and Free Ski Association.

Finally, working with the New Canaan Registrars of Voters, Kathleen Redman (R) and George Cody (D), the New Canaan League of Women Voters will once again help register New Canaan High School students to vote. This will take place on Thursday, April 21, during three lunch periods. There, the students will be able to register online using laptops that will be made available at the registration site, or they can fill in paper registration cards, which will also be provided. Students should be prepared to show valid photo ID, such as a driver’s license or passport.