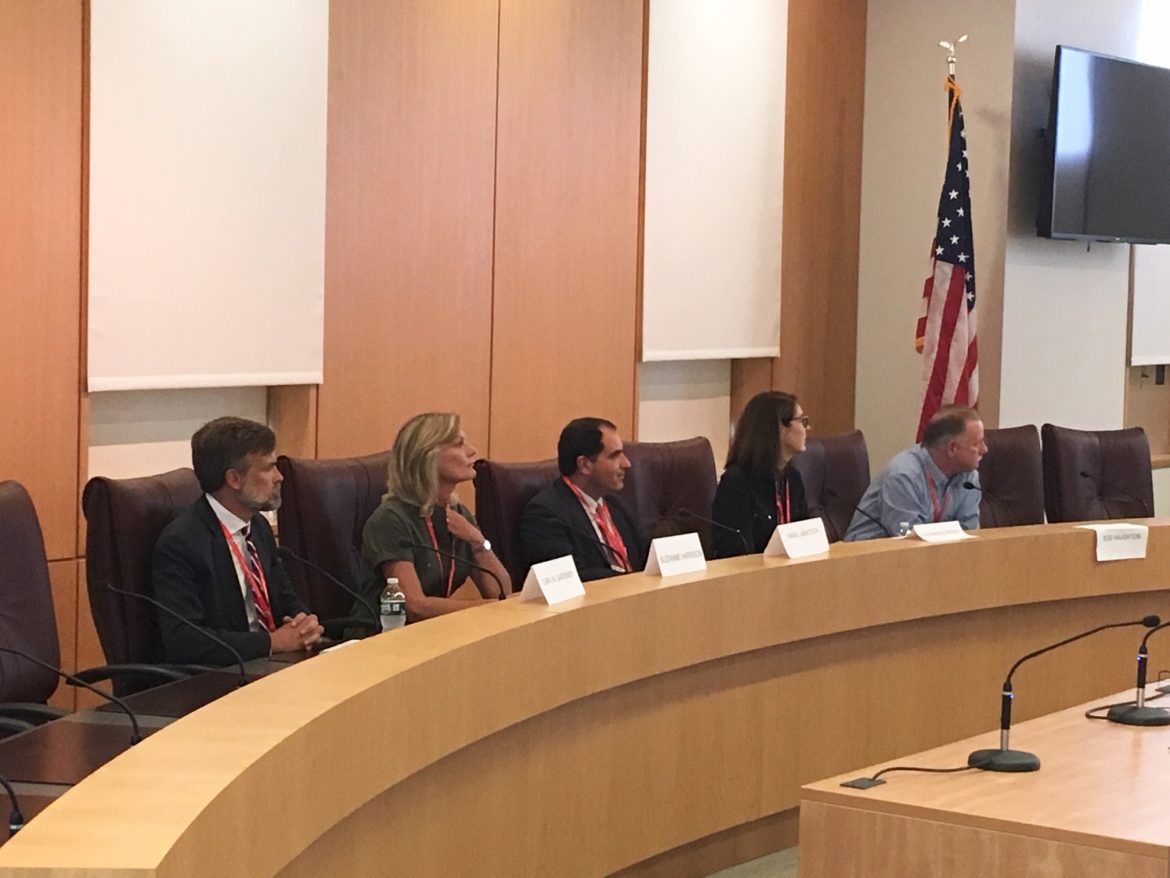 The five New Canaan Republicans vying for party backing as three Board of Education seats come up for election this fall shared their views Monday night on topics that included district funding, school start times and the elected body’s role with respect to curriculum.

Reeves is seeking to retain a seat she’s held since March, when Hazel Hobbs retired from the Board of Ed, and seats held now by Tom Cronin and Maria Naughton also are up for election. (Maria Naughton is running for Town Council.)

During an approximately 45-minute debate at Town Hall that was attended by more than 70 New Canaan Republicans—including current Board of Ed members, councilmen, Republican Town Committee representatives and municipal officials—the school board candidates introduced themselves and weighed in on some major issues facing the district.

Here’s how they introduced themselves and responded to two key questions posed by moderator Fred Wilms.

Question: The Board of Education budget is approximately $90 million. It represents up to two-thirds of New Canaan’s annual budget, Do you believe that level of spending is too high, too low or about right? Are there specific changes you would seek to make in the school budget or in the school budget process?

Other local offices up for election on Nov. 5 include Town Council and Board of Selectmen. Four Republicans put in for four Council seats currently held by party members. First Selectman Kevin Moynihan and Selectman Nick Williams announced that they’re seeking re-election.

The Democrats take nominations at their own caucus, which also is to be held Tuesday. Craig Donovan has filed to run as a Democrat for first selectman. Selectman Kit Devereaux has said that she will seek re-election as selectman.