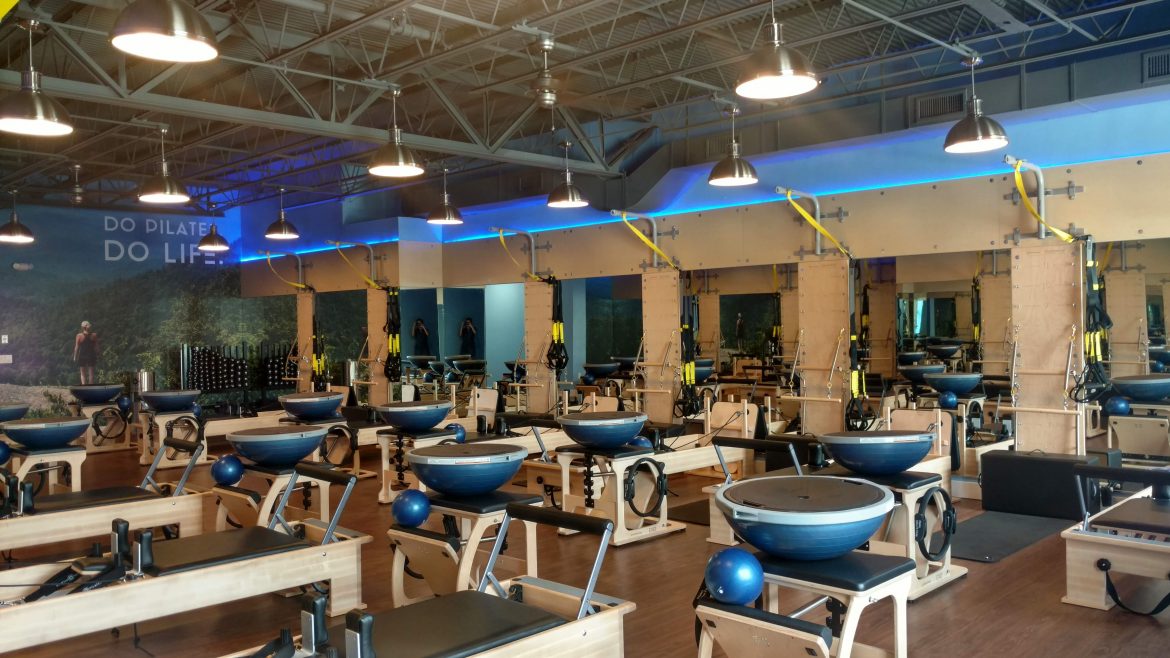 Two years ago, while working on Wall Street, Scott Ackerman recalled that at some point he started looking for “something different.”

“Tired” of his lifelong career, the Darien resident said, he came across a pilates franchise model and “fell in love” with it.

Before long, he left the finance industry and opened his first Club Pilates studio in Darien. That was more than 18 months ago. Since then, he’s opened a second in Westport and, on July 1, launched his New Canaan location at 70 Main St.

Ackerman said he’s had a “great reception” from the community.

Speaking with NewCanaanite.com, Ackerman confessed that he’d been concerned that an early summer opening would mean a slow start for Club Pilates. That hasn’t been the case, and Ackerman credited his staff as well as a welcoming community.

“I have been really very lucky in my team,” he said. “They have huge amounts of experience. They have to have 500 hours of certification before I can even interview them.”

Club Pilates joined the New Canaan Chamber of Commerce. The organization’s executive director, Tucker Murphy, said she was “thrilled” that the business opened.

“It’s certainly adding to that stretch of Main Street, which is becoming a hub of wellness, and we like that,” Murphy said. “It’s experiential.”

On the block of Main Street between East and Locust Avenues, anchored by New Canaan Music, Organika Kitchen and Stretch Lab have already opened up, and calmë infrared sauna is opening in about three weeks. (There’s a 1,600-square-foot retail space available at 70 Main St.)

Asked what drew him to New Canaan, Ackerman said that the town had actually been his first choice for his first location back in 2016.

“These tight-knit communities really seem to appreciate these local businesses that come in, and I really felt like it would thrive,” he said.

He also benefited from a change to New Canaan Zoning Regulations that allows service businesses such as his to occupy street-facing first-floor space in the heart of the downtown.

“Obviously I think the business itself is going to help people, but we are going to bring a lot to that part of town on Main Street. …[T]hroughout the day you have a huge number of people coming in and out of that area… It should be a big help to neighboring businesses.” 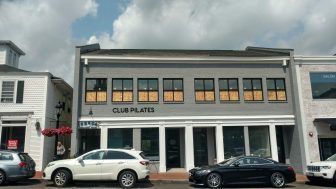 Ackerman had practiced pilates before getting into the business, but “not in any big way.”

“Pilates has been around for… 70 something years,” Ackerman said. “The problem with it has been…the accessibility. The traditional model was you take a private lesson or a small group class but… the private lessons were extremely expensive or the group class schedule they would only have a few classes a day, and the price points made it very difficult for most people to afford it.”

In contrast, Ackerman’s New Canaan studio has classes from 6 a.m. until 7:30 p.m., and depending on the frequency of customers’ visits can cost as little as $15 per class, which Ackerman said is “just unheard of” for reformer-based pilates. (Reformers are the bed-like apparatus used at Club Pilates and other studios in their classes.)

Opening his three Club Pilates studios in Fairfield County has completely changed Ackerman’s and his family’s life, he said, relocating from their former home in Rye, N.Y.

Ackerman said he has also found it to be a “big change” professionally.

“It’s much more hands on, and I control my own destiny,” said Ackerman. “I used to wake up at 4:30 in the morning and exercise before going into Manhattan.” Now he can go to a Pilates class at his New Canaan studio at the more respectable hour of 7:30 a.m., fitting in exercise and work all at the same time.

Ackerman also said he likes working in a field that helps people.

“The way [pilates] was invented was for injured soldiers,” he said. “It’s nice—we have a lot of people from physical therapists who are referred to us and you can see you’re really helping people. I’ve been very happy that we’re bringing something to the community that really is helping people.”