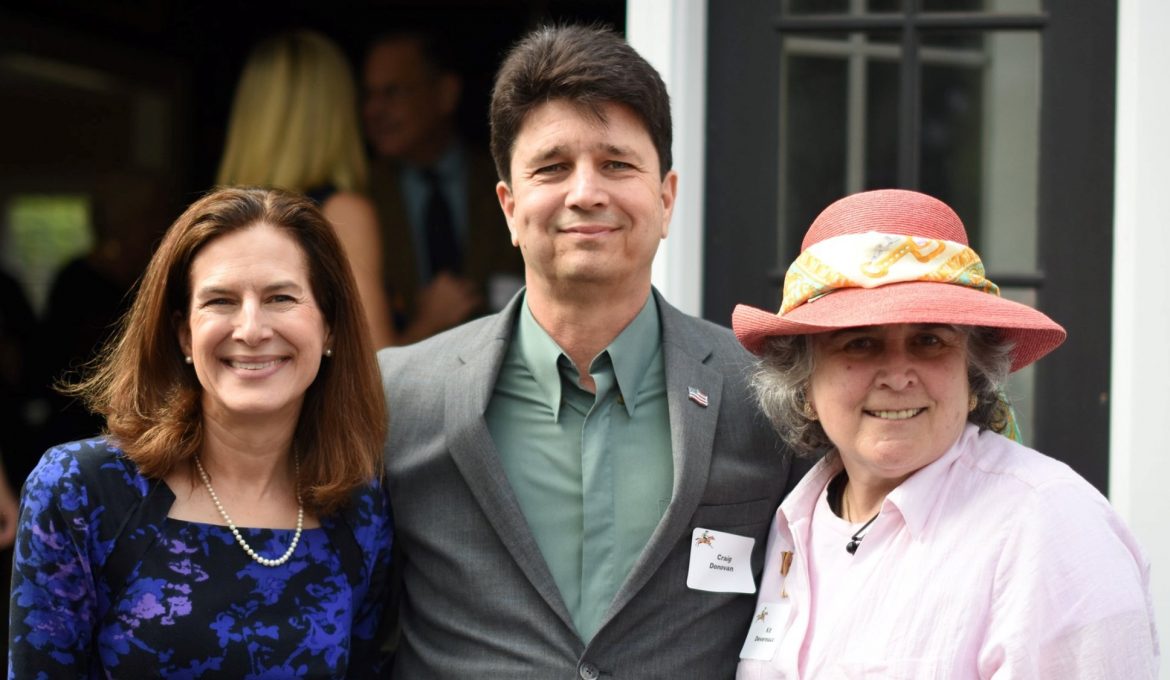 Town resident Craig Donovan, a Democrat who works as a professor of government, nonprofit and business management, is running for New Canaan’s top elected office.

The 61-year-old, a Southern California native town resident for five years who, said he’s seeking the office of first selectman because, after working hard on Selectman Kit Devereaux’s campaign two years ago, he “forward to seeing what kind fo leadership would come from the new first selectman.”

“And I have found that I have been disappointed in the direction the town has gone,” Donovan told NewCanaanite.com in an interview.

Specifically, he said, New Canaan “really needs to have a long discussion—and I don’t just mean elected and appointed officials—about what we want the town to look like not just 10 but 20 or more years in the future.”

“When my grandkids are old enough to buy a house and settle down in 2040, what will New Canaan be like? Do we want to be more touristy? More or less of a mix in our population? What do we want our finances to look like?”

The town lacks “a vision and plan to get there” and “kicks way too many cans down the road,” Donovan said.

“I don’t have a specific vision of what I want to see, but I want to see the processes in place to make these decisions,” he said. Donovan pointed to indecision regarding Waveny House, parking downtown and this week’s public hearing on a proposed new way to charge sewer fees as examples.

Republican First Selectman Kevin Moynihan and Selectman Nick Williams announced last month that they each would seek re-election this fall.

He has been teaching for 25 years, working currently as chair of the public administration department at the the College of Business and Public Management at Kean University in Union, N.J. Though he has never held elected office, Donovan said he has been employed by both county and state governments. Asked about his other affiliations, such as with nonprofit or service organizations, Donovan said he has served in those capacities primarily in New Jersey, where he works. Donovan said he was a founding board member of Future City Inc. in Elizabeth, N.J. and that he served on the board of that municipality’s historical society.

Asked what he views as the most pressing problems facing New Canaan, Donovan said, “Trying to have 21st century town with a 19th century government.”

“Instead of looking at best practices in everything we do, we are making change only when we are forced to,” Donovan said. “We have all of these properties in town and we do not have a plan or process to resolve what to do with them. I think we have some financial issues. I believe the Board of Finance is doing excellent job but I don’t think we have looked at spending increases and debt ratios in the long term. Where do we want to be in spending, spending growth and debt? We have been above our comparison group in spending and debt and I don’t know that we want to continue that, but I am not sure that is the vision for the future.”

Donovan is married to Liz Donovan, who was elected in 2017 to the Town Council and is serving as his campaign treasurer, according to documents filed with the State Elections Enforcement Commission. Though a resident for just a handful of years, Donovan said he has been visiting New Canaan for 25 years with her, and that the couple moved back to town to help care for his mother-in-law, who is 95. They have six children, including three adopted children, and three grandchildren with a fourth on the way.

“Now we foster and rescue dogs and cats,” he said.