Kevin Moynihan, a longtime resident and community volunteer who has served for four years on the Town Council, won election to New Canaan’s top municipal office on Tuesday by 33 votes. 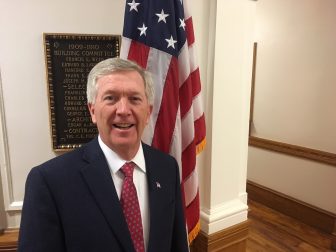 The Republican earned 2,684 votes in a widely anticipated first selectman race against Democrat Kit Devereaux, who received 2,651 votes, according to figures supplied by the New Canaan Registrars of Voters.

The .6 percent margin of victory —a math-defying outcome, given the party makeup of New Canaan’s electorate—narrowly beats the state-mandated recount figure of .5 percent.

Moynihan said he felt “wonderful” though “we expected to do better, quite honestly.”

“I am surprised it was so close,” he told NewCanaanite.com. “I think there were several headwinds we had, it’s pretty obvious to everyone what they were. But now we move forward. It’s a very humbling experience, to go through this process and deal with different constituents and voters. It’s been fun in a lot of ways and rough in a lot of ways.”

He added: “Kit is a terrific lady. That was never an issue in terms of someone you can work with.” 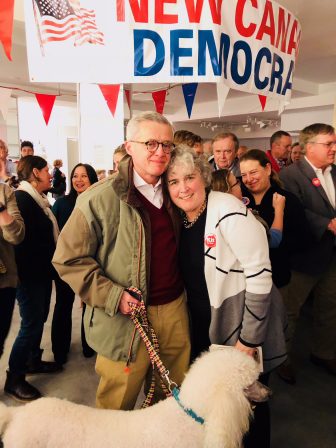 A past member of the Board of Finance and Town Council herself, who also served on the Charter Revision Commission and, most recently, Parks & Recreation Commission, Devereaux made for one of the most formidable Democrats in memory to seek the town’s top job.

Devereaux during an interview called the results “pretty amazing.”

“I think Kevin ran a great campaign and I am looking forward to representing everyone from my seat on the Board of Selectmen and I will be working as hard as I can for New Canaan.”

Tuesday’s result means she has been voted in as selectman for the town. Devereaux will sit with Moynihan and incumbent Republican Selectman Nick Williams on the New Canaan Board of Selectmen, the executive branch of municipal government. Williams ran uncontested and received 3,827 total votes.

Here’s a look at voter results:

Moynihan prevailed in New Canaan’s first voting district—which covers the western and northern parts of town—by a 1,458 to 1,257 margin, while Devereaux won voting districts two and three by a combined total of 1,177 to 1,048. She also earned more absentee ballot votes by a 217 to 178 margin.

Given New Canaan’s party count—Republicans outnumber Democrats by a more than 2-to-1 ratio—the narrow margin likely will surprise many in town. Republican Scott Gress, speaking at the party’s caucus in July, cautioned those in attendance that the gathering was “extremely important.”

“Because let’s face it: We are choosing the next officers,” he said at the caucus. “With all due respect to the Democrats, this is the election.”

Yet the Democrats rallied, forgoing the nomination of a selectman candidate to run against Williams, effectively funneling local party support toward Devereaux at the top of the ticket, followed by strong candidates for treasurer and Town Council.

Devereaux and Moynihan debated in October, and though her campaign raised far less money overall, and consequently spent less than his, it also outspent the Republican’s campaign for that homestretch month.

In all, 5,281 New Canaan voters cast ballots—a very high number for a municipal year, representing nearly 39 percent of the electorate.

Here’s a look at voter turnout on Tuesday compared to recent years: 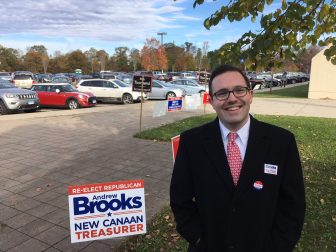 In an interview with NewCanaanite.com, Brooks said he was “at a loss for words.”

“I’m thrilled that I had such a clear mandate from the voters and that they want me to continue serving them and continue adding value for them and I am really thrilled I can have the opportunity to continue doing what I have been doing for the last four years.” 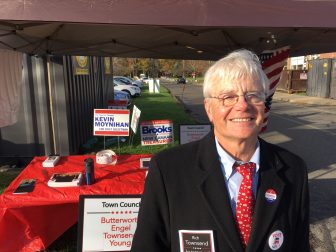 Seven candidates for the Town Council—four Republicans and three Democrats—vied for six seats on the legislative body. The Democrats were seeking to “pick up” a seat on the Council, but fell short, with incumbent Sven Englund and Liz Donovan getting on by earning more votes than Colm Dobbyn. 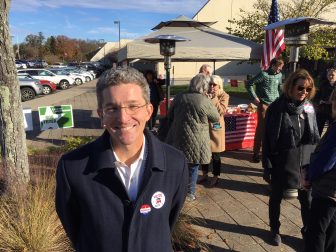 As he had been at the caucus, Townsend was the high vote-getter among Republican candidates for the Council with 3,804 votes.

Town Clerk Claudia Weber had the most votes of any candidate for any office, at 4,119.