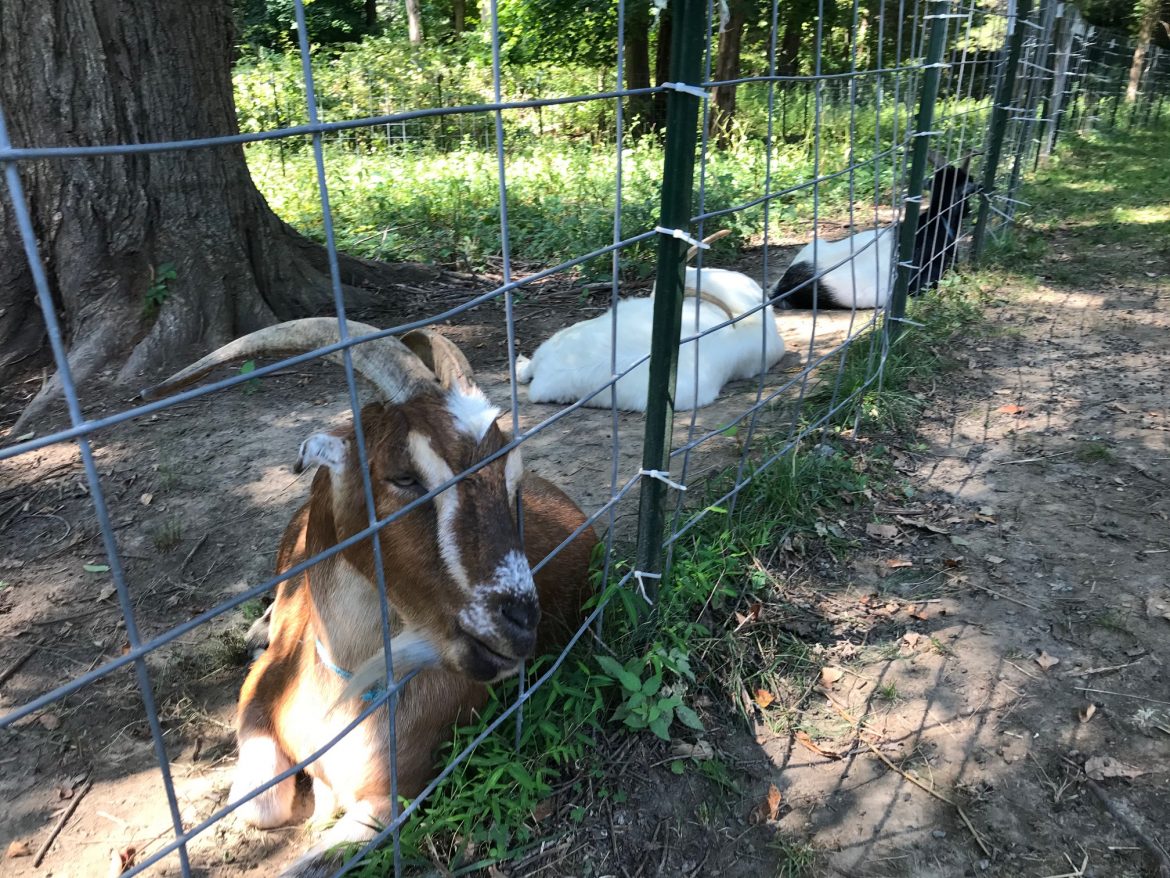 This is the goat. Credit: Michael Dinan

One of the goats at Irwin Park got its head stuck in a fence Sunday morning, prompting a passerby to phone authorities.

Members of the New Canaan Fire Department responded to a call about the difficulty at about 9:31 a.m., according to dispatch records.

According to Fire Capt. John Raidt, the goat in question—one of three brought in last summer to help rid the property of invasive plants—routinely gets its head stuck in the wire fence that forms a corral at the western end of the park.

“That’s why they are not at the top of the food chain, but people do stupid things too,” Raidt said.

By the time firefighters arrived, the goat had freed itself.

“No special tools, no tactics,” Raidt said of the Fire Department’s rescue. “No goat whisperer. Nothing. We are all good.”

The animal appeared to be fine, he said.

Bringing them into Irwin Park to rid the property of invasive species such as Japanese Knotweed was the brainchild of the New Canaan Garden Club. They arrived last June (the goats) and have been a popular addition. Park regulars have urged visitors to observe the rule of not feeding the animals.