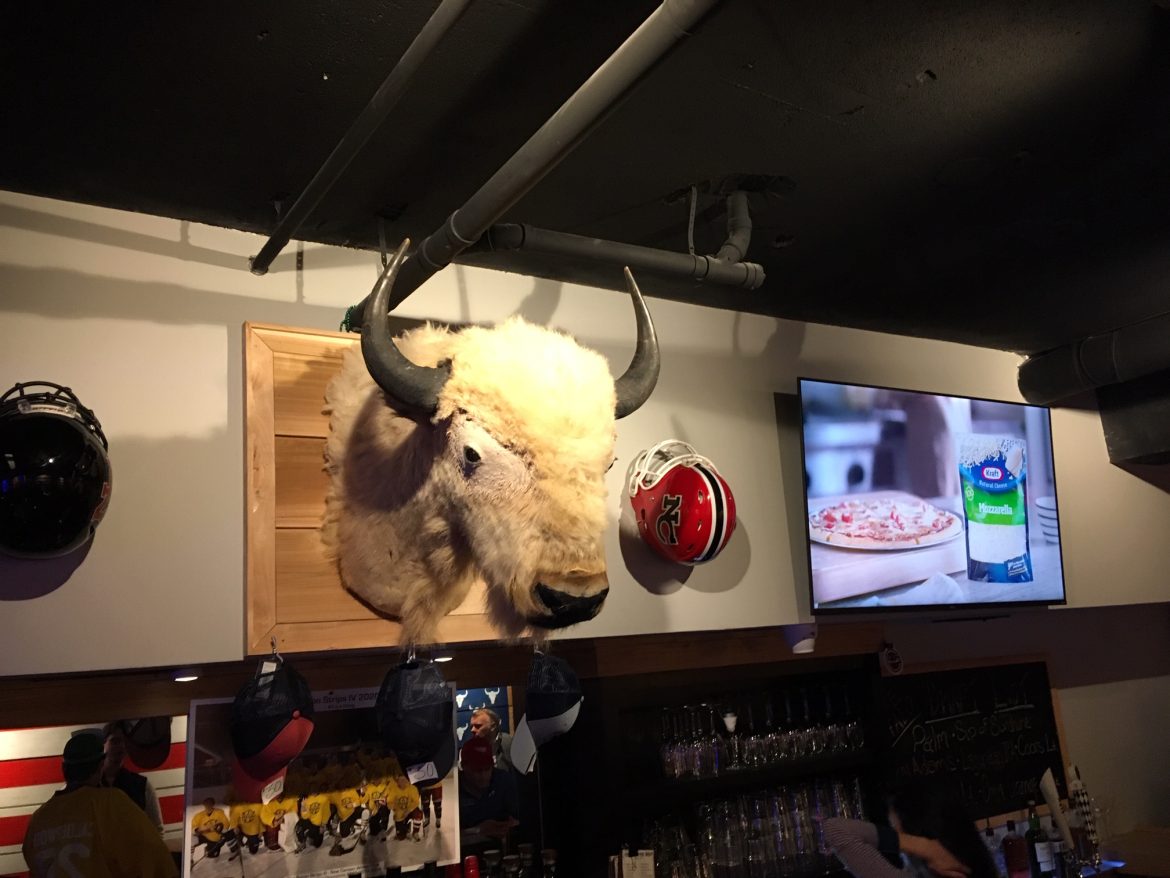 Municipal health officials said a New Canaan woman’s complaint last month that a restaurant downtown had been violating COVID-19-related rules was determined to be unfounded.

According to a complaint that Tucker Murphy lodged with New Canaan’s highest elected official, the White Buffalo bar and restaurant  was “not following the Sector Rules” on the night of Friday, Dec. 11.

Murphy phoned First Selectman Kevin Moynihan to say that the popular local business “was overcrowded,” according to email records obtained by NewCanaanite.com through a public records request.

“Any time we have received any complaint about the White Buffalo we immediately contact them and follow up and we have never found any gross violation or any issue,” Eielson told NewCanaanite.com when asked about the restaurant. “They have been nothing but in compliance.”

After earning approval from the Planning & Zoning Commission in September 2018, the White Buffalo opened in March 2019. Located catty-corner to the New Canaan Train Station down an Elm Street alley (near Chef Luis), it quickly became a popular destination among locals and supporter of local youth sports and other community causes.

Like other local food service establishments, the White Buffalo has been hit hard by public safety-related rules coming down from the state through the pandemic, Valente told NewCanaanite.com when asked about Murphy’s recent complaint and others (see below). After briefly allowing restaurants to operate at 75% capacity, Gov. Ned Lamont amid a November coronavirus surge ordered that they can have no more than 50%, with 6-foot spacing, among other rules.

“It’s hard enough to stay in business with the rules changing on a weekly basis and staying in compliance and then having people complain when it’s not true—it’s especially disappointing and distracting when those unfounded claims are coming from people who work for the town and supposedly are advocating for local businesses,” he said.

Murphy is listed on the municipal website as a member of a Board of Selectmen-appointed committee whose mission is to help the town “promote and develop the local economy and the local business community.”

Valente in addressing Murphy’s complaint with Eielson noted in an email that White Buffalo has cameras and receipts showing that no one comes there without ordering food and that it’s following rules that limit capacity.

In her email response to Valente on Dec. 14, Eielson copied in Moynihan though not Murphy (who works as a staff member for the first selectman). “Thank you Dom,” Eielson said in the response. “I have not received any complaints so I followed up on the one my First Selectman received. Thank you for clarifying and I am glad that you have cameras if there ever is a discrepancy we could easily go back to the tapes and receipts.”

It’s not the first time an unfounded COVID-related complaint was lodged against the White Buffalo, which Valente owns along with two other New Canaan residents.

According to the records obtained through a Freedom of Information Act request, Moynihan on Nov. 6 received the following complaint: “You ought to send your [health] inspector to White Buffalo hot dog place. At least hundred folks. Amazing Covid Fatigue. Solé complying. Was a mob scene at 6:30. Certainly more people than Phase 2 allows. What you can do is shut them down fine them and suspend their liquor permit. Do that once and there won’t be any more violations by them or others.”

It isn’t clear who sent the text. Moynihan declined identify the complainant when contacted by NewCanaanite.com, saying they’re a protected informant.

The text came after a road race finished downtown and its runners funneled to White Buffalo, which didn’t know the event participants planned to go there and turned many away, Eielson said.

“The incident that occurred in November was not their fault,” Eielson told NewCanaanite.com. “It was due to a road race and they broke it up before we got there. They didn’t even need us to prompt them to disperse the crowd.”

[Editor: Comments are disabled on this article.]