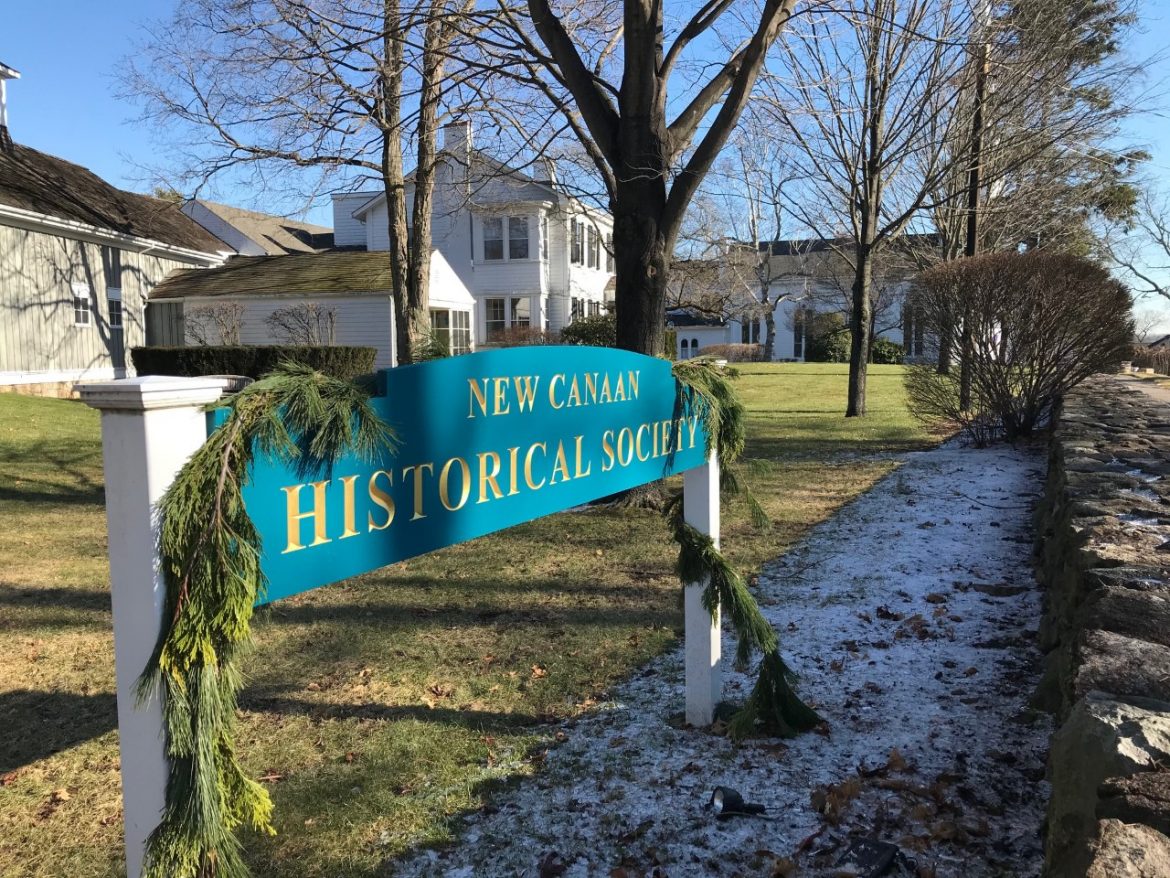 One of New Canaan’s most venerable nonprofit organizations is running at a significant deficit, concerning some in town government, officials said last week.

Asked about the New Canaan Historical Society’s financial situation during a Board of Selectmen meeting held Dec. 17 at Town Hall, the organization’s executive director, Nancy Geary, said its projected deficient this year is about $60,000.

“We are a member-supported organization,” Geary said in response to a question from Selectman Nick Williams. “I apply for as many grants as I can find. Oftentimes the one thing about grants, though, is that they’re for very specific projects, so it’s hard to find general operating grants. And we … maintain about nine museums, and we have a lot of maintenance. We have a lot of curatorial expenses. We have cataloguing and inventory expenses. So our membership contributions don’t cover that.”

The comments came after the Board—First Selectman Kevin Moynihan, Selectman Kit Devereaux and Williams—voted 3-0 to approve an approximately $12,000 contract with a Pound Ridge, N.Y.-based graphic designer to help market a community event next year (the town is to fund about half that amount).

After the vote, Williams asked Geary about the Historical Society’s financial health.

“I know you have had some funding issues,” Williams said.

He added, “I will just put it out there that we support numerous not-for-profits in town and I think we should be aware that these folks have been running a deficit for a number of years and I am concerned about that.”

Williams noted that the Historical Society was founded in 1889 and has five buildings on its main campus at 13 Oenoke Ridge. (The organization operates two additional sites and assists the town with the Gores Pavilion, Geary said.)

Asked about past town support, Geary said the Historical Society had been based out of New Canaan Library until 1957.

Moynihan said, “I think we do plow your driveway, your parking lot.”

Geary said the Historical Society is billed for half of that work.

Williams said, “The point is, this Society has been around for 131 years. Has gotten bupkis from the town.”

The Historical Society’s major fundraiser is the biennial Modern Day House Tour and Symposium, Geary said. The organization also held a fundraiser called “Step Into Summer” in June that it plans to hold again in 2020, she said. The organization is planning to expand the Modern House Day Tour and Symposium and make it a two-day event that celebrates architecture as well as art, culture and design, and to start holding it annually, she said.