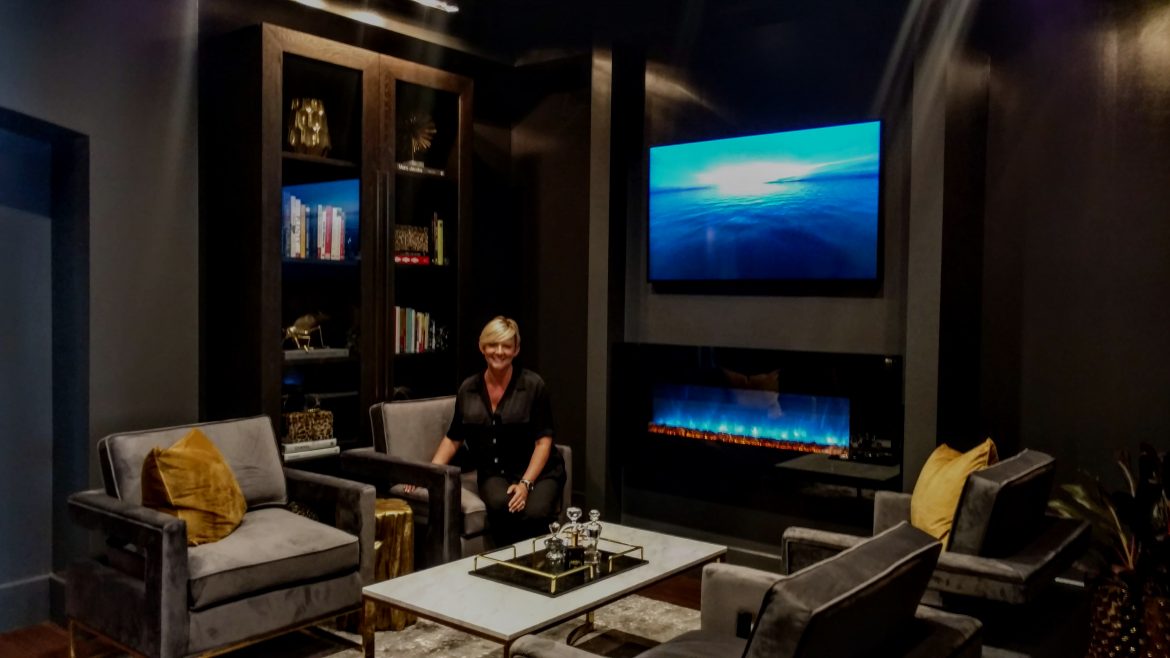 One year ago, Meghann Smith recalled, she tried to find an experience that could make her “feel better” in the space of an hour. She tried a variety of exercise classes and other services before discovering infrared saunas. 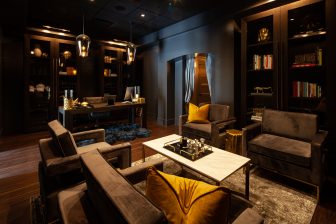 After visiting a sauna, Smith said, she decided that she wanted to create her own luxury spa version. Over the next 12 months, the beauty industry veteran developed the idea for what would become calmë—a new wellness spa offering infrared saunas that soft-opens Friday at 78 Main St., in what emerged as New Canaan’s wellness precinct.

“We created a brand which is very luxurious,” she said, adding, “I wanted to really create something that everybody can use.” According to Smith, an hour-long session at calmë is more affordable than going to a spa.

In addition to infrared saunas, calmë will offer acoustic resonance therapy and chromotherapy, Smith said. Calmë’s range of natural skincare products will be sold at the front of the space, in line with a provision of the New Canaan Zoning Regulations that allows service establishments in the Retail A zone with site plan approval, as long as a retail component faces the street and occupies a certain amount of the commercial space.

Asked how she felt about calmë’s imminent opening, Smith said, “I’m nervous,” adding, “I think it’s going to be great.” 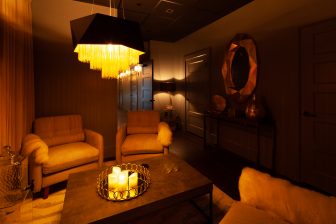 The name calmë originated from the idea of “wrapping yourself in calm,” Smith said, and the “European feel” of the space.

“For me, being a mom of three—your world is crazy. But if I can go check out and… know for the rest of my day that I gave myself time for myself just to reconnect…I’d be a better mom,” Smith said.

Originally from Long Island, N.Y., Smith said she “planted [her] roots” in New Canaan about a year ago. She chose not only to live in New Canaan but also to base her business here, “because of the vibe of the town.” 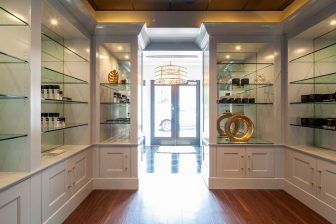 “You have Organika…the same street I’m on has Club Pilates and has Stretch Lab,” she said. “It seems like it’s a real wellness community.”

“There’s a very special quality to New Canaan,” Smith added, saying she has had a great reception from the community so far.

Calmë will offer a 30% discount to local firefighters and police officers, as Smith said it is important to her that members of these forces, who she said are exposed to large quantities of toxins, are able to have access to the benefits of infrared saunas.