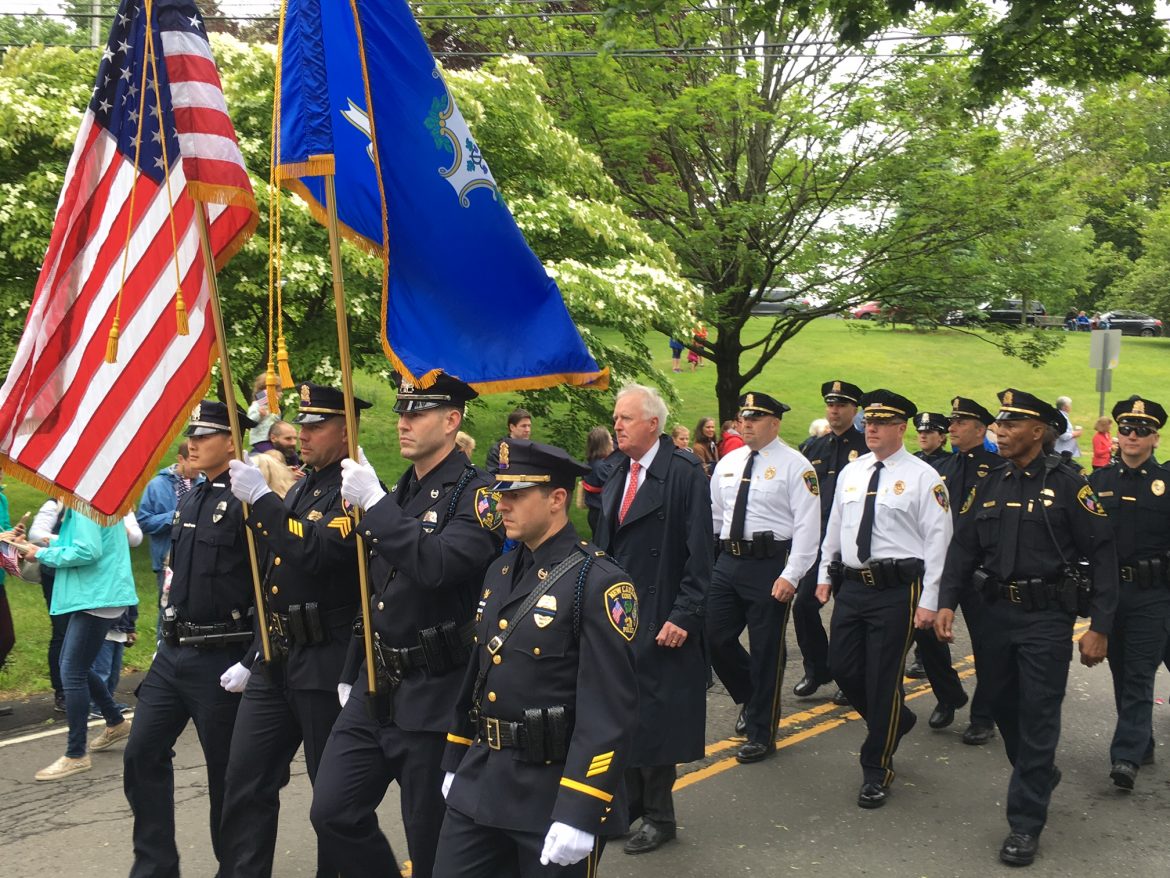 During a tense and highly unusual meeting Tuesday, New Canaan’s highest elected official was outvoted 2-1 by fellow members of the Board of Selectmen, who reappointed a long-serving volunteer on a prominent municipal body.

“I have other candidates who want to serve on the Police Commission,” Moynihan said during Tuesday’s selectmen meeting, held at Town Hall and via videoconference. “Paul has served well. I asked him to step aside… I just think it’s time, and Paul increasingly spends most of his time in Florida. I think it’s time to move on and give [Police] Chief [John] DiFederico a fresh start with a new Commission. That’s candidly where I am.”

Yet Foley, a town resident since 1987 and Police Commissioner since 2013 (chair since January 2020), who also has served on the Town Council, Fire Commission and Republican Town committee, sits on the Police Department Building Committee and has an extensive volunteer history in New Canaan, including with the Exchange Club and Congregational Church, provides continuity on the Police Commission during a critical time for NCPD, advocates say.

“Paul has been a tireless supporter of a new building—a building which has been delayed because of your obfuscation with respect to ideas that had no traction whatsoever politically,” Selectman Nick Williams said at the meeting, referring to Moynihan. “You wanted to put a new Police Department at the Saxe playing fields, which I think was the world’s worst idea ever. That delayed things, folks, and by the way that’s going to cost hundreds of thousands if not millions of dollars in additional funding because of bond rates. Because this whole process has been slowed down because of your machinations behind the scenes. We need Foley there.”

Williams also cited a letter from Town Council Chair Steve Karl, saying, “Given that we just received notice of our longtime chief retiring, coupled with our major Police Department renovation, it is imperative that we do everything we can to keep our existing Commission intact. Mr. Foley has years of experience on the Town Council, Fire and now Police Commission. His perspective and historical knowledge of the department, coupled with research and work on the new project are invaluable, and I would hate to see us lose him at such a critical time.”

Ultimately, the selectmen voted 2-1 in favor of Foley’s reappointment, with Williams and Selectman Kathleen Corbet casting votes in favor and Moynihan against. (The appointment itself did not originally appear on the meeting agenda set by Moynihan, but Williams and Corbet opened the meeting by also voting 2-1 against the first selectman to amend the agenda to include it.)

Though the Board of Selectmen periodically votes 2-1 during its meetings, it isn’t clear whether the elected body has ever seen the first selectman outvoted on an appointment to a municipal board or commission.

During Tuesday’s discussion, Corbet, appearing to read from a prepared statement, said: “I completed my due diligence regarding the opening at the town Police Commission. I have had conversations with all the candidates brought to me, including Commissioner Foley. I reviewed their qualifications and experience and I understand and truly appreciate their interest and willingness to serve. I spoke individually with the other commissioners, both Commissioner [Shekaiba] Bennett and Commissioner [Jim] McLaughlin, and I understand their current views on the importance of continuity on the Commission, representation on the Police Department Building Committee, and leadership transition in the department. I spoke to the chair of the Police Department Building Committee, Bill Walbert, and I understand his interest in the continuity of representation on the Commission during this time. I have spoken with the chairs of the RTC, Chris Wilson, and the chair of the DTC, Christina Fagerstal. They both understand that it is the decision of the Board of Selectmen to appoint the best candidate at the right time. The RTC has not formally endorsed any candidates that I met with. The DTC has not put any Democratic candidates for this position. Like you, I have also received a memo from the Town Council Chair Steve Karl in support of the continuity for the upcoming term of appointment.”

During the discussion, Williams said that Moynihan has been “actively looking to not appoint Paul.”

“You talked to Russ Barksdale,” Williams said, referring to a current member of the Health & Human Services Commission.

Foley himself participated in the meeting via Zoom.

Foley noted that the Police Department currently is “in the middle of a number of promotions” as well as preparation for the major building renovation project at headquarters.

“I think that my knowledge of how the Police Department works and how it functions is pretty important right now, rather than putting in somebody who knows nothing about the functions of a police department,” he said. “I’ve been involved in a number of the hirings and promotions, and right now during this $20 million-plus project I visited a number of police departments. I work with the architect, I work with the Building Committee and like to stay on just to finish this project. After that I’m fine with giving up the Commission. But at this stage, I’d like to stay on and the other two commissioners want me to stay on. Bill Walbert wants me to stay on.”

Moynihan also addressed Williams’s comments regarding the cost of the widely anticipated project.

“I would say we needed a new police department building for $21 million,” he said. “If we had sold the South Avenue property for housing which we desperately need, we would have had a $12 million swing, so in terms of the cost of the project, that’s on you.”

Williams said in response, “No, it’s on you. We are doing what I wanted to do, and what Selectman Corbet wanted to do two years, three years ago. All of this was delayed because of your stuff going on … So thank you for the additional tax money that we have to put up because of the delays.”

At one point during the discussion on Foley’s appointment, Corbet appeared to address Moynihan and refer to comments that had been made during a just-ended executive session, saying, “You had mentioned, am I supporting you or am I supporting Nick? I am supporting the town.”

Moyinhan said, “That’s not what was discussed, Kathleen.”

Corbet continued, “I am supporting the town in terms of the Police Commission and I want to thank Commissioner Foley for the service he has provided thus far and I would vote to have that continue for the length of his time or when he chooses to step down.”

After the divided vote, Foley thanked Corbet and Williams for their support.

“I love this town tremendously, I have tremendous respect for the men and women of the New Canaan Police Department and I look forward to finishing up this project in the next three years,” he said. “I appreciate Nick and Kathleen’s support. Thank you.”

“I do not know a bigger supporter of the police than you,” he said. “Appreciate what you’ve done and what you will do going forward.”