New Canaan firefighters on Saturday afternoon helped rescue a deer that had fallen into a partially frozen pond. 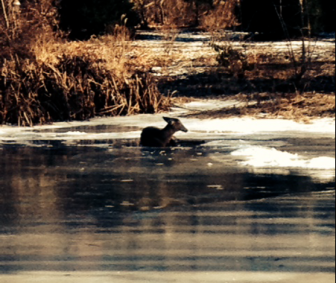 Here’s the deer after falling through the ice and into the freezing cold pond at the end of Salem Road in New Canaan on Jan. 17, 2015.

Shortly after 12:45 p.m. and with the New Canaan Police Department’s Animal Control unit on scene, officials say, firefighters used a rope to assist the deer out of a pond that straddles two properties at the end of Salem Road—a cul-de-sac off of Route 106 just above Canoe Hill. 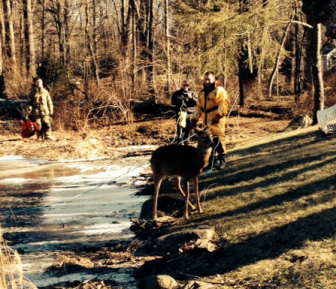 Firefighters used a rope to help extricate the deer from the ice of a pond where it had fallen through, on Salem Road in New Canaan on Jan. 17, 2015.

Exhausted and cold after it had gotten out, firefighters helped the animal to dry land and turned the matter over to Animal Control, Gesualdi said. 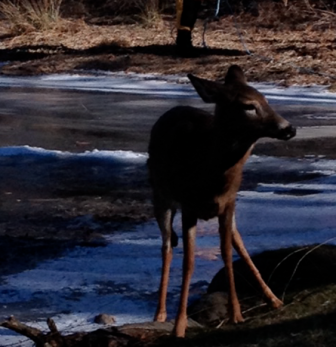 Here’s the deer after finding the strength to stand. The animal was rescued by New Canaan firefighters after it fell into a pond off of Salem Road on Jan. 17, 2015.

Below is a map showing where the rescue took place.