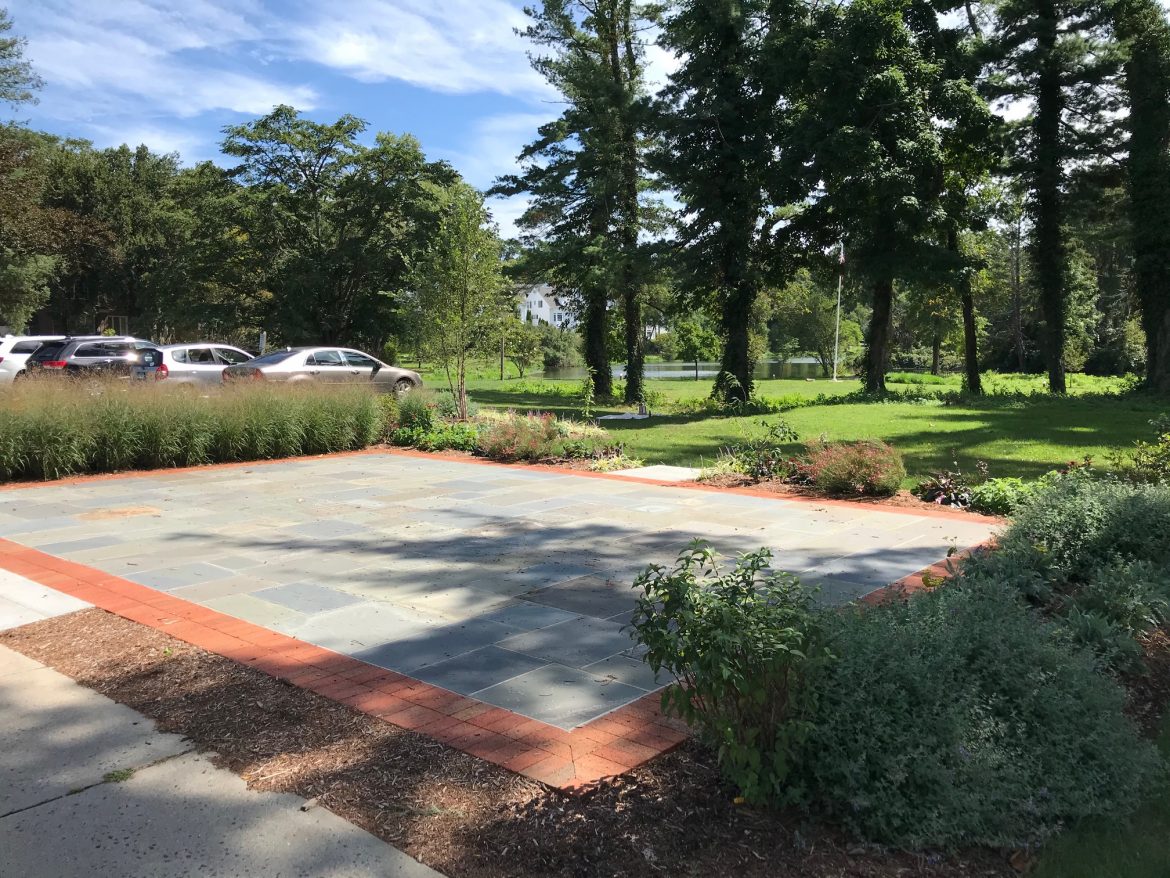 A new plaza long planned for the former site of the “Brick Barn” at Mead Park has materialized. 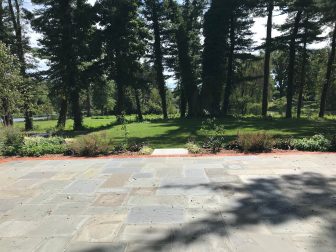 Conceived by local landscape architecture firm Keith Simpson Associates, the plaza along Grove Street is designed as the start of the “Gold Star Walk,” an honorary walk in memory of New Canaanites who died in World War II that rings that side of Mead Pond.

Built in the footprint of the demolished brick structure, it has native stone paving infill, an on-grade brick border and low plantings.

A sign at the plaza says “Planted and Maintained by New Canaan Beautification League Volunteers.” Faith Kerchoff, a member of the organization, said in an email, “We believe that there are benches coming and in our maintenance of the garden, we have noticed that the park is way busier than it has been in the past and people are really enjoying it.” 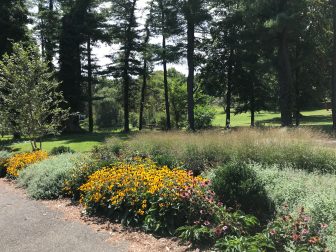 Asked about why the Beautification League got involved, she said, “We saw the plans around the plaza from Keith Simpson and wanted to get involved to create another Pollinator Pathway stop, like at the mailboxes on Pine Street. It also fits in well with our mission to help beautify the town—helping pollinators was an added bonus.”

Public Works officials could not be reached for comment.

Plans for the plaza have called for an overhead sign announcing the new formal park entrance, a pedestrian path running off of the back toward the Gold Star Walk itself and ornamental fencing. It isn’t clear when the benches are coming or what additional work will be done at the plaza. Public works officials could not be reached for comment.

The town one year ago approved a $19,000 contract with a Norwalk company to install the plaza.

One thought on “New ‘Plaza’ Goes In at Mead Park”