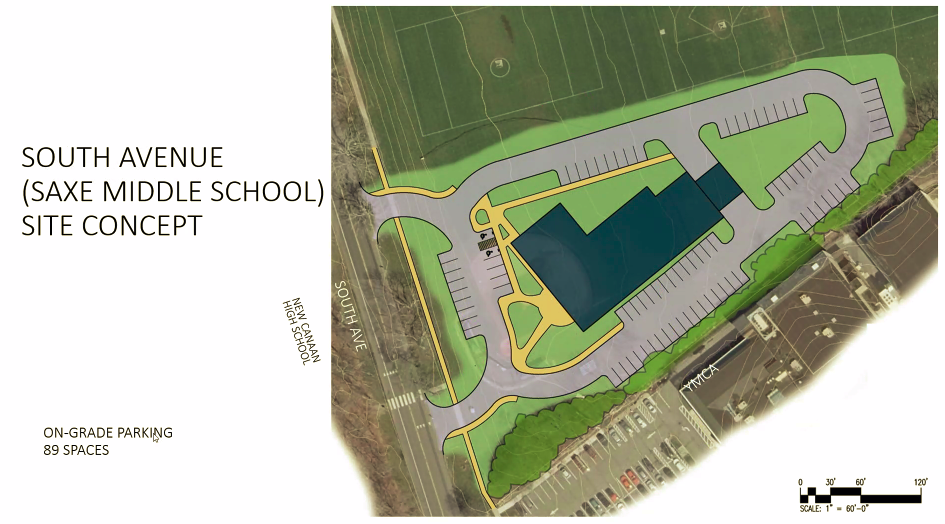 An online petition opposed to a proposal to build a new police station on a Saxe Middle School baseball field garnered hundreds of signatures over the weekend. 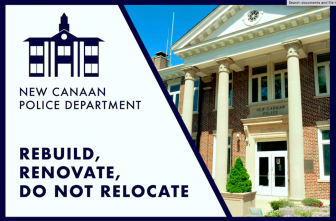 Logo of the group that has formed to oppose a proposal to build a new police station on a Saxe Middle School baseball diamond. Contributed

Launched Saturday, in the wake of a Sept. 29 presentation to three town bodies, the petition calls or the town to renovate the existing New Canaan Police Department where it is instead of rebuilding between the middle school and YMCA.

“First Selectman Kevin Moynihan has suggested that the town, instead of renovating the station on the current property, should instead build a new station on the Saxe Middle School fields,” it says. “His proposed solution is fraught with problems, including the following: it would take away much needed green space, it would decrease the number of youth athletic fields (already in high demand), and it would have enormous traffic consequences in a high traffic, multi school area. Furthermore, it doesn’t seem to provide the town with any cost savings.”

On the other hand, renovating the police station where it is at 174 South Ave. has “no downsides,” according to the petition, launched by town resident Katie Owsley.

“Traffic patterns are already established, the station is ideally situated near the town center, and it is adjacent the EMS station (critical),” it says. “And while no building or site will be 100% perfect, renovating the existing property would, according to Chief [Leon] Krolikowski, fulfill an impressive 98% of the police department’s needs. Let’s renovate New Canaan’s Police Station where it stands today.”

Owsley referred to the police chief’s response to a question put to him during last week’s joint meeting of the Board of Selectmen, Board of Finance and Town Council, held at Town Hall and via videoconference.

There, an architecture firm that has been working out of the public eye for months with a team assembled by Moynihan unveiled renderings of the proposed new $23.5 million police station. The two-story, approximately 24,000- to 25,000-square-foot glass-and-brick exterior building would be situated on 3.6 acres running east from South Avenue, near the school grounds’ property line with the New Canaan Y.

During the same meeting, a different architecture firm that’s been doing its work in public, with the New Canaan Police Department Building Committee, gave a presentation that it had given in August regarding options to renovate (approximately $14.7 to $18 million) or rebuild in-place (approximately $26.3 to $29.3 million).

Moynihan’s said the advantages of the Saxe plan include a new, purpose-built structure the would last for at least 50 years and includes a new firing range in its below-ground level, as well as the ability to sell the existing station to a developer to offset costs, add to New Canaan’s tax base and bolsters its senior and affordable housing stock.

The Board of Finance is expected to take up the police station project recommendations next.

Moynihan first aired the idea of building a new police station on the Saxe field during a press briefing in January 2019 (audio here). He later canceled the press briefings.

The online petition garnered nearly 500 signatures in its first weekend.