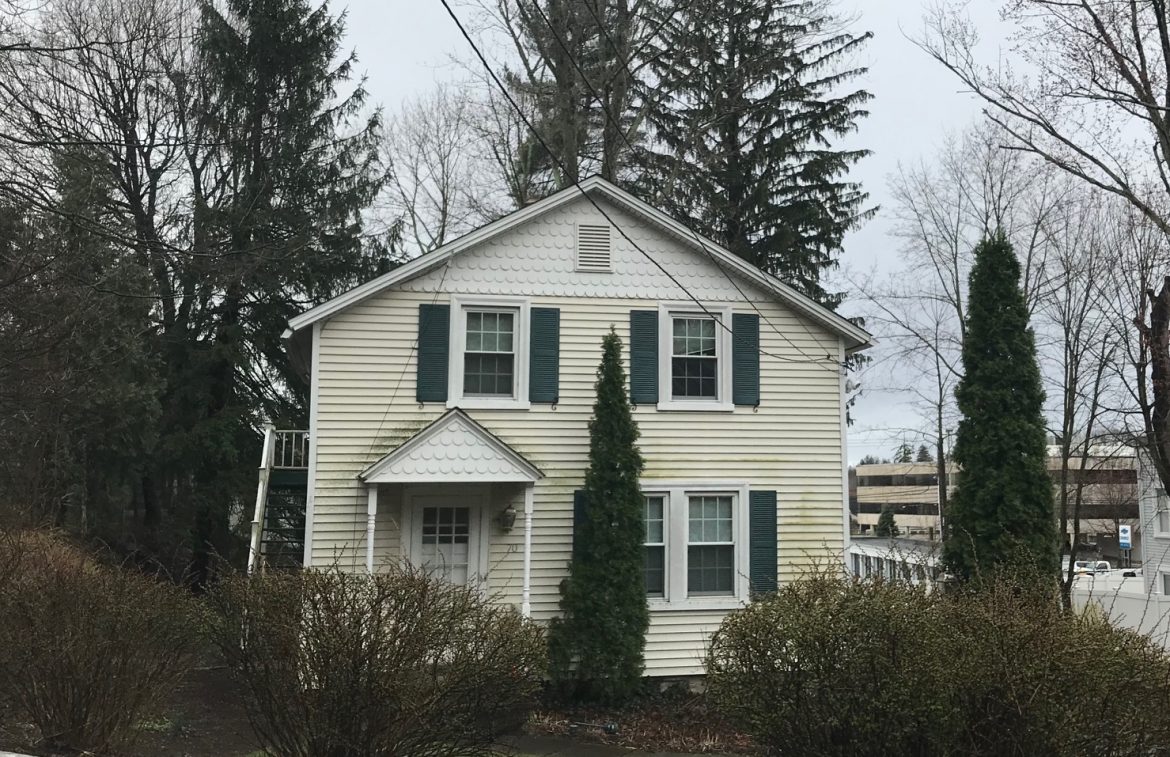 The town on March 19 received an application to demolish a 210-year-old structure on Seminary Street.

The 1,446-square-foot multifamily home at 70 Seminary St. dates to 1810, according to an assessor field card on file at Town Hall.

Notices of intention to demolish antique structures often draw objections from preservationists seeking to find a way for property owners to incorporate the old buildings into development plans. As of Friday, no formal letter objecting to the demolition had been filed with New Canaan’s town building official.

Under Section 12-A9 of the Town Code, a written objection to a proposed demolition that is deemed “pertinent” by the town building official could lead to a delay of up to 90 days, if the appointed Historical Review Committee finds the structure in question is “of an age, style, condition or character that is of historical, architectural or cultural significance” to New Canaan. (The Committee is seeking to extend the delay period to up to 180 days.)

Right now, during the COVID-19 emergency, the delay period is already extended by an additional 90 days, as per an Executive Order signed March 21 by Gov. Ned Lamont. (The same Order allows towns to place public notices on municipal websites rather than in newspapers.)

The Seminary Street home sits on .27 acres in the Apartment Zone.

In January, the home’s prior owner won unanimous approval from the Planning & Zoning Commission for a site plan and Special Permit to construct two pre-fabricated single-family structures on the property.

On March 3, an Oxford, Conn. man purchased the property for $680,000 through a limited liability company, local tax and state records show.