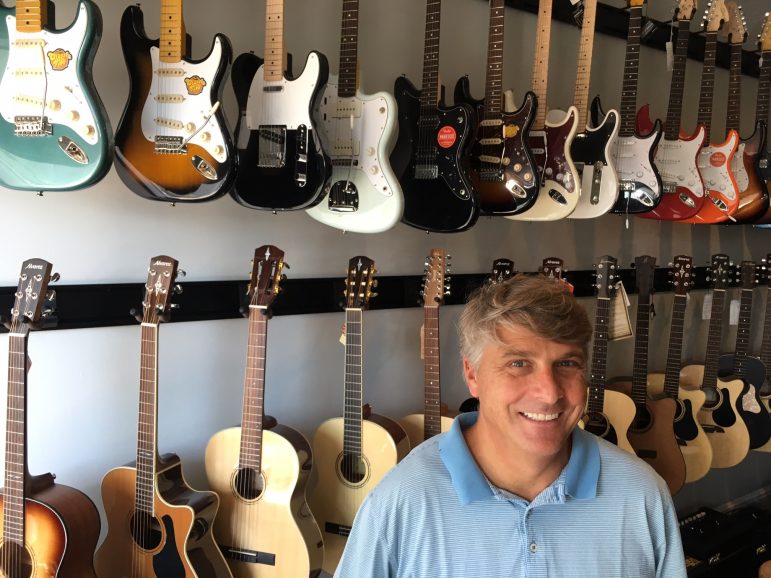 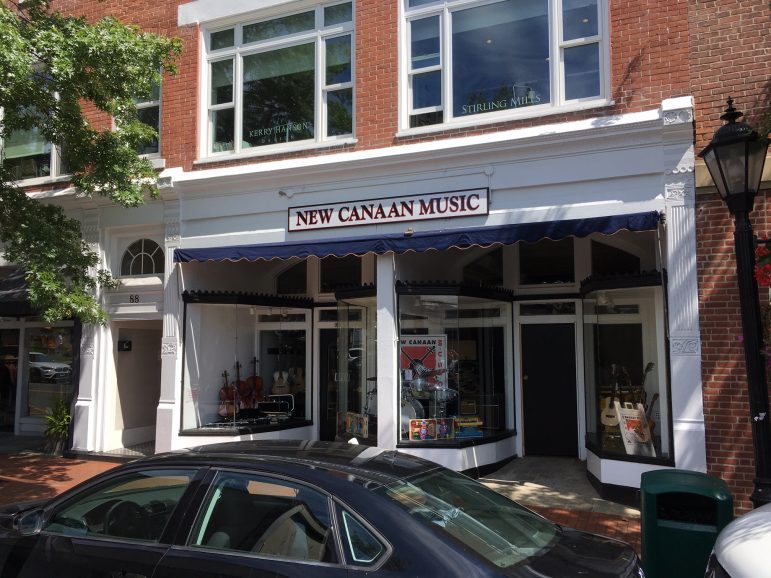 A private lesson room at New Canaan Music at 90 Main St. There are twice as many such rooms in the newly renovated space. Credit: Michael Dinan 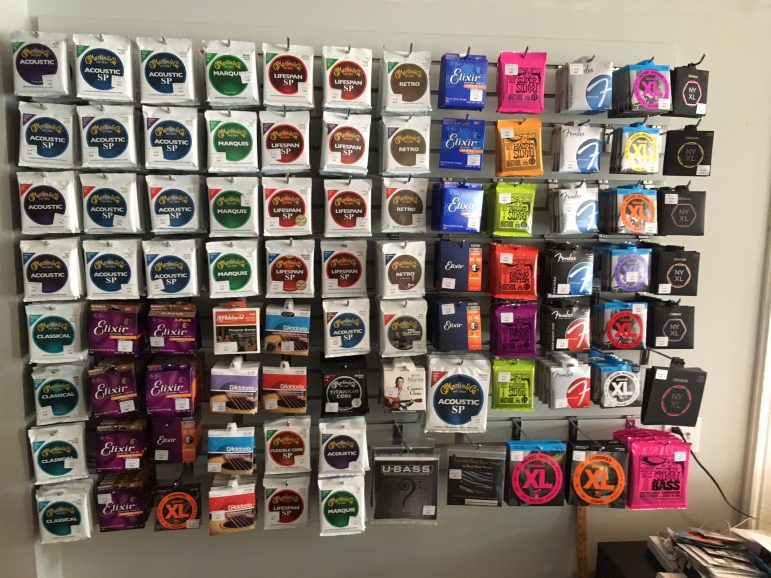 As New Canaan families return to town for sports practices and the start of the school, musicians and those learning how to play instruments will have a brand-new hub for musical activities.

New Canaan Music spent much of August moving into its newly renovated, expanded home at 90 Main St.—a brightly lit, inviting space that had served for a few years as the temporary Post Office.

The shop—a combination of retail in front with lesson rooms in the back—has a larger space to showcase its merchandise and has made use of it, in part, by offering the full line of Squier guitars, including their Classic Vibes from Fender for electric guitars.

“We are adding more acoustic guitars—our acoustic guitars are going to be better—and we have twice as many lesson rooms as we had before with bigger, better soundproofing,” he said. “We had three-plus before and now we have eight.”
New Canaan Music made the move out of its original space in “the alley” toward the top of Elm Street just four years after opening. Williams regularly participates in community events, hosting live bands during gatherings such as Caffeine & Carburetors, and has had some big names in the store for sessions, most recently members of Steely Dan.

New Canaan Chamber of Commerce Executive Director Tucker Murphy called New Canaan Music “an example of an independently owned business that has built a business model that has been so successful that they needed a larger space.”

“Well done, Phil and the team at New Canaan Music,” she said.

A big part of that team is Jim O’Neil. He noted that the business had three-plus lesson rooms before and now has eight.

The business regularly supports performing arts productions at Saxe and the high school and has participated in community initiatives including Art in the Windows, the Pop Up Park and the Waveny Park Conservancy’s inaugural “tailgate party” fundraiser last fall.