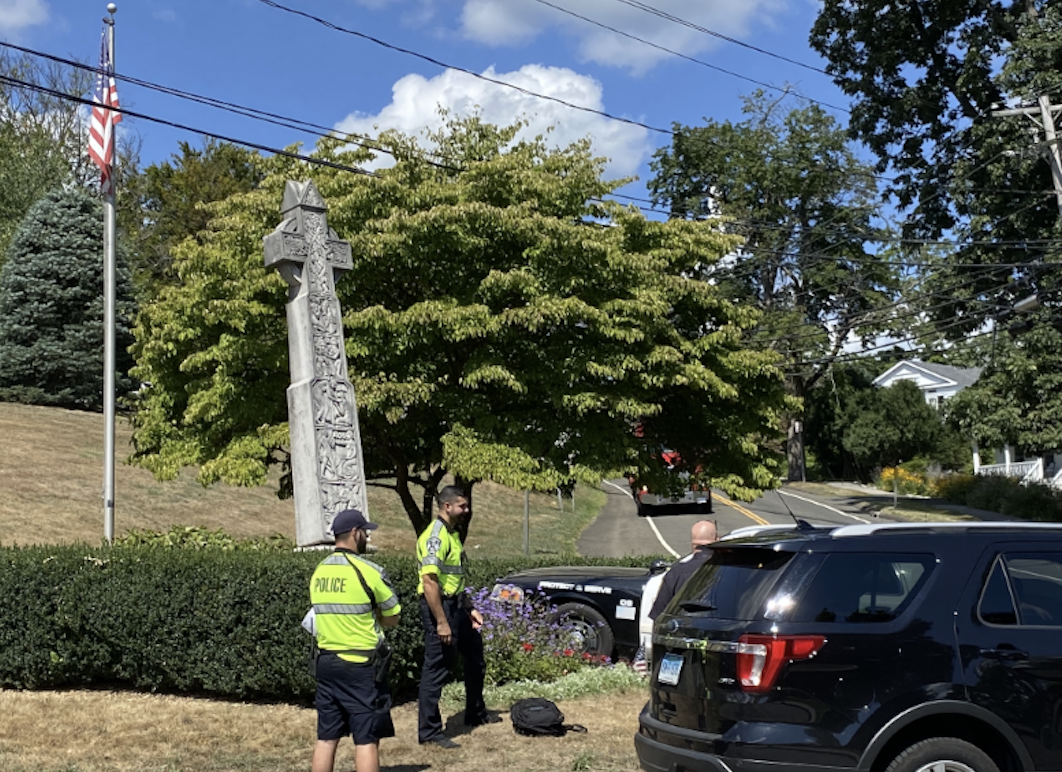 A police vehicle struck the Wayside Cross on God's Acre while assisting in a pursuit, on Aug. 24, 2022. Credit: James Noble 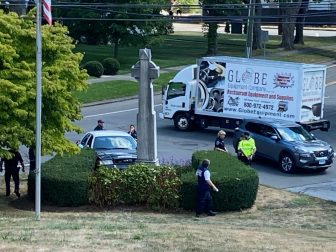 A police vehicle struck the Wayside Cross on God’s Acre while assisting in a pursuit, on Aug. 24, 2022. Credit: James Noble

At about 10:56 a.m., police received a report of a vehicle with two men seen stealing mail from mailboxes on White Oak Shade Road, according to a press release issued by Lt. Jason Ferraro, the department’s public information officer.

An officer stopped the suspect vehicle after spotting it on Locust Avenue, the press release said.

“Subsequently the suspect vehicle fled the scene and failed to obey attempts by pursuing officers to stop,” it said. 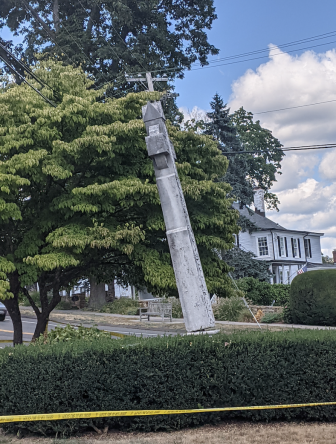 The Wayside Cross is leaning as a result of the crash on Aug. 24, 2022. Credit: David Harvey

An officer crashed a patrol car near the bottom of God’s Acre—at Main Street and St. John’s Place—while trying to negotiate the curve there in assisting the pursuing officers, police said.

The officer suffered minor injuries and was treated and released at the scene by New Canaan Emergency Medical Services, according to the press release.

As a result of the crash, the Wayside Cross at the bottom of God’s Acre is leaning. It’s an important site to locals, forming the backdrop for speakers during the annual Veterans Day ceremony, and veterans marching in the Memorial Day parade each year stop to salute the cross along the route. It was unveiled Sept. 9, 1923, nearly five years after the Allies of World War I signed an armistice with Germany to cease hostilities on the Western Front.

The incident remains under investigation. It comes days after the police chief warned residents about recent crimes in New Canaan where mail is stolen from residential mailboxes and checks are then altered and cashed by the thieves.