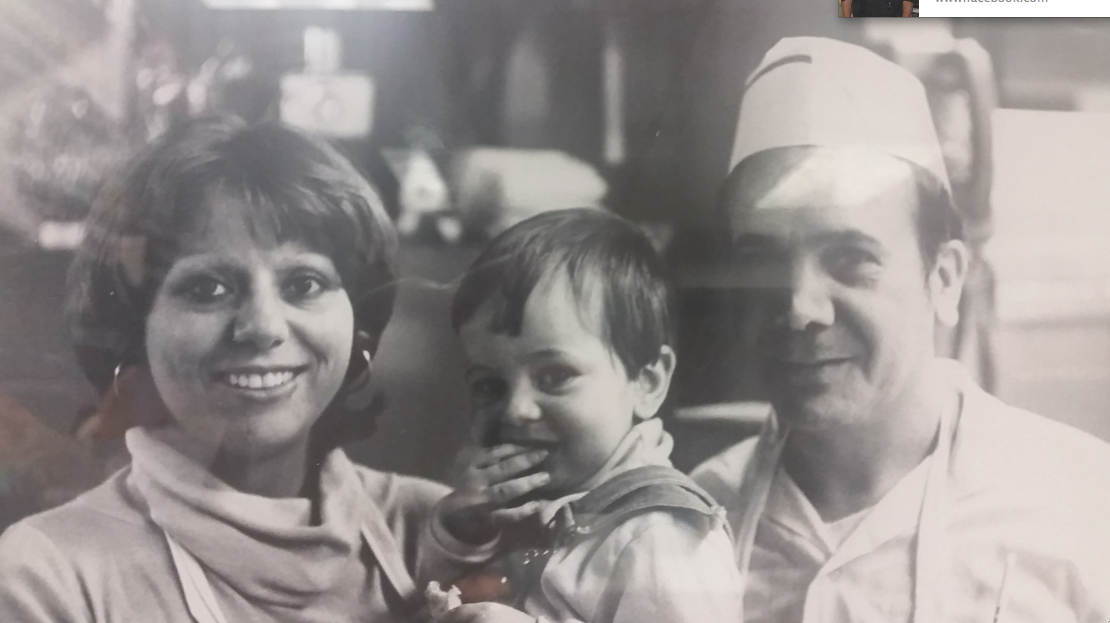 The popular owner of one of New Canaan’s most beloved pizzerias is asking locals to be patient as he works through health problems that have forced its temporary closing. 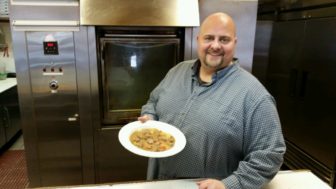 Lorenzo of Colella of Joe’s Pizza with a bowl of his stew, made specially for New Canaan’s first responders and road crews during the March 14, 2017 winter storm. Photo published with permission from its owner

Asked what he’d say to the many loyal customers of Joe’s Pizza on Locust Avenue, Lorenzo Colella said, “I just want them to be patient with me and I love them and appreciate all of their support.”

He added, “It’s just hard being away from them, my family and New Canaan.”

Colella spoke from Hartford Hospital, where he’s undergone a battery of tests for the past week following a yet-undiagnosed heart issue that first appeared Aug. 19 and re-emerged last Wednesday, prompting an emergency admission at Hartford following a consultation at St. Vincent’s Medical Center in Bridgeport. 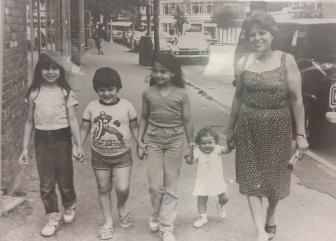 L-R: Mena, Lorenzo, Nancy and Serra Collela on Main Street with their mom, Nancy Collela, in the early 1980s. Contributed

Asked what New Canaanites can do to support him, Colella said, “Just prayers.”

Joe’s Pizza has been a New Canaan institution since 1967, opened by Lorenzo’s father, Giuseppe “Joe” Colella—first on East Avenue (currently New Canaan Pizza), then Forest Street (currently Farmers Table) and, since, 1995, at 23 Locust Ave. Joe and his wife, Annunziata “Nancy” Colella, worked at the pizzeria side-by-side while raising four kids. 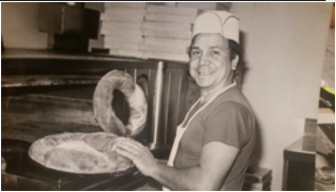 “My first memory is bringing a pizza to table when I was 11 years old on Forest Street,” he recalled. “I can still see the table and what seat this guy was in and he said, ‘Oh my God, you’re getting big, how old are you now?’ And I remember telling him, ‘Eleven years old.’ Being up here so far away, I feel alone up here. I really feel so detached.” 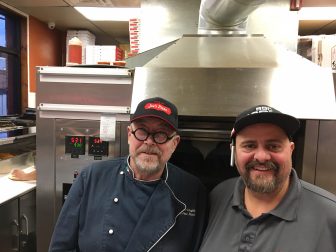 Paul Mauk and Lorenzo Colella in the kitchen at Joe’s Pizza, where the older chef has been lending a hand on a volunteer basis. Credit: Michael Dinan

Lorenzo said it’s been difficult at times to find steady and reliable staff at Joe’s Pizza—though he’s had support from a good friend and mentor in Paul Mauk, former chef/owner at Tequila Mockingbird—and that now with high school kids back in school and many summer workers off to college, he plans to remain closed for about four to six weeks while recovering. He said he hopes to be back behind the counter at Joe’s no later than the end of October, in plenty of time to plan for his well-loved Thanksgiving pizza.

It’s “been kind of rough” in Hartford, he said.

“My parents, they always went to Norwalk Hospital and I feel away from everything, everyone that I love and it’s hard,” he said. “All the New Canaan people, just pray for me and I’ll be back.”

Follow Joe’s Pizza on Facebook or Instagram for updates on Lorenzo as well as reopening. Those wishing to get updated information may also call the pizzeria’s main phone number, 203-966-2226, and the family will try to keep information current.

37 thoughts on “‘Pray For Me and I’ll Be Back’: Joe’s Pizza Temporarily Closed As Lorenzo Colella Attends to Health Issues”