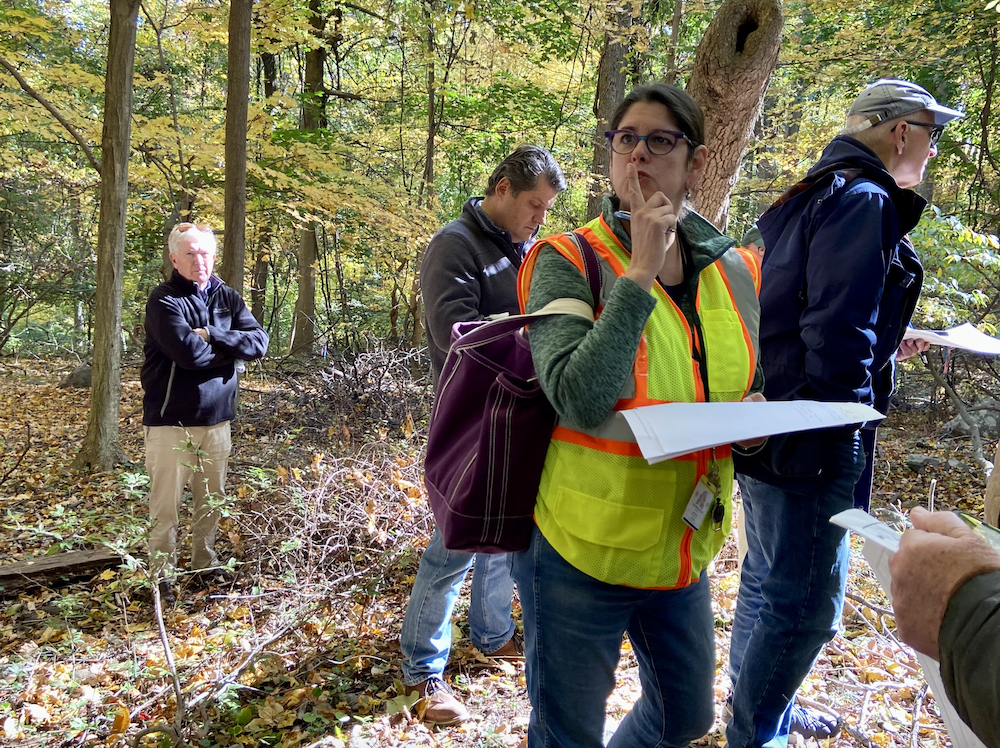 The Planning & Zoning Commission on Monday will take public comment regarding a divisive proposal to erect a cell phone tower behind West School, officials say. 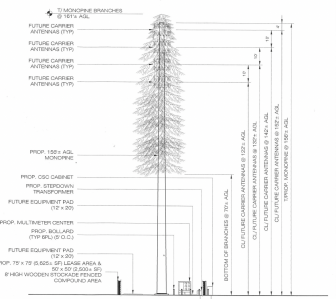 Under state law, the Commission is charged with making a positive or negative report back to the town prior to major changes on public land. A special meeting has been scheduled for 6 p.m. in the large meeting room at Town Hall for P&Z to hear presentations from Verizon as well as a cell tower developer that has been pushing since the summer for a tower at 769 Ponus Ridge.

“That is the first step of several public meetings on this,” Moynihan said during the Oct. 18 meeting of the Board of Selectmen.

The cell tower plan for West School emerged in public documents in June, drawing concerns from residents while Selectmen Nick Williams and Kathleen Corbet called for more community input regarding the plans to erect a tower 1,000 feet behind West School or to build another, taller one further out.

Williams has said it makes little sense to involve other municipal bodies, such as P&Z, if the Board of Selectmen itself is not in favor of the tower, since the selectmen would need to approve a ground lease with Homeland Towers in any case.

Even so, Moynihan laid out an approvals schedule, and the first selectman himself requested the so-called “8-24” referral from P&Z (a reference to the Municipal Improvements statute). In his request letter to P&Z, Moynihan said, “As First Selectman, and as a member of the Town Council for four years prior (during which time I followed closely the work of the [Utilities Commission] and the Commission’s amendment of the Section 7.8 regulation on Telecommunications Facilities), I have personal knowledge of the need for improved cellular service on the west side of town for the safety of our residents, visitors and first responder as well as for our teachers and students at West School. Our first responders need adequate cell service for their own safety and for their internet-based communications equipment to work which is critical to performing their missions (e.g., police cruisers and EMS ambulances have devices that depend on service from Verizon and AT&T Wireless). Moreover, in a modern town, residents, visitors and various commercial users, such as FedEx, UPS and Amazon delivery trucks, realtors’ lock boxes, etc., require adequate cell service. I request that the Commission issue a positive report on the proposal by [Homeland Towers] and construct a cell tower (with Verizon and other carriers expected) on Town-owned property at 769 Ponus Ridge Road.”

If P&Z issues a negative report, the West School cell tower could still move forward with two-thirds majority backing of the Town Council, under Section 8-24 of the Connecticut General Statutes.

Moynihan in his letter referred to a section of the New Canaan Zoning Regulations (page 164 here) that P&Z updated four years ago. It spells out a requirement that a Special Permit is needed from P&Z to put up infrastructure such as cell towers on public property, among other rules. The town hired a consultant for $7,500 to help steer P&Z through the regulation update—however, according to municipal officials, Town Attorney Ira Bloom has issued a legal memo saying that P&Z has no such authority. (NewCanaanite.com last week filed a Freedom of Information Act request for Bloom’s memo but as of publication of this article the town has failed to provide the public document.)

The town, which exceeded its legal budget by 32% in the last fiscal year, has spent about $4,500 in legal fees on the West School cell tower proposal in recent months.

It’s unclear what P&Z will do. Members of the appointed body walked the property at 769 Ponus Ridge on Friday to review a proposed cell tower location.

During the Commission’s Oct. 13 meeting, some members of P&Z said they could issue a negative report and pass the matter along to the Town Council (an elected body) for vetting. At the time, there also was an open question as to whether P&Z would allow public comment at its own meeting.

Commissioner Dan Radman said, “I think we sort of have a responsibility to the public and to the town to have that forum here in front of us. Even though it might happen in front of the Town Council, as well. There is sort of an expectation among townspeople when an issue like this has come up—which it has come up in the past, here in this forum in front of this Commission—they have had the opportunity to opine on it, whether we’ve voted for or against it, whatever it was. I think if we now, for whatever reason, change that format and do not allow public input, I don’t think it’s going to be looked on very favorably by townspeople.”

Some in New Canaan already have submitted letters to P&Z voicing opposition to the plans.

Abby Dunkin in an Oct. 20 letter said, “Please vote against the cell tower at West—these are little children who do not need to spend hours a day under a cell tower. I do not want this to be a precedent for our other schools to follow.”

Morgan Beckerman identified herself as the parent of children attending and expected to attend West School, and said in a letter, “With all due respect, I am unsure how this is even a topic of conversation. How could anyone in this town or affiliated with this town entertain putting a cell tower 1000 yards from an elementary school? There is plenty of research and documented evidence which shows how harmful this type of radiation is to humans, and certainly to developing children. To me, it’s inhumane, dangerous, irresponsible and there has to be a better solution. PLEASE reconsider the location and keep this out of West School’s back yard.”

[Editor’s Note: This article has been corrected so that the address of West School at 769 Ponus Ridge appears throughout.]