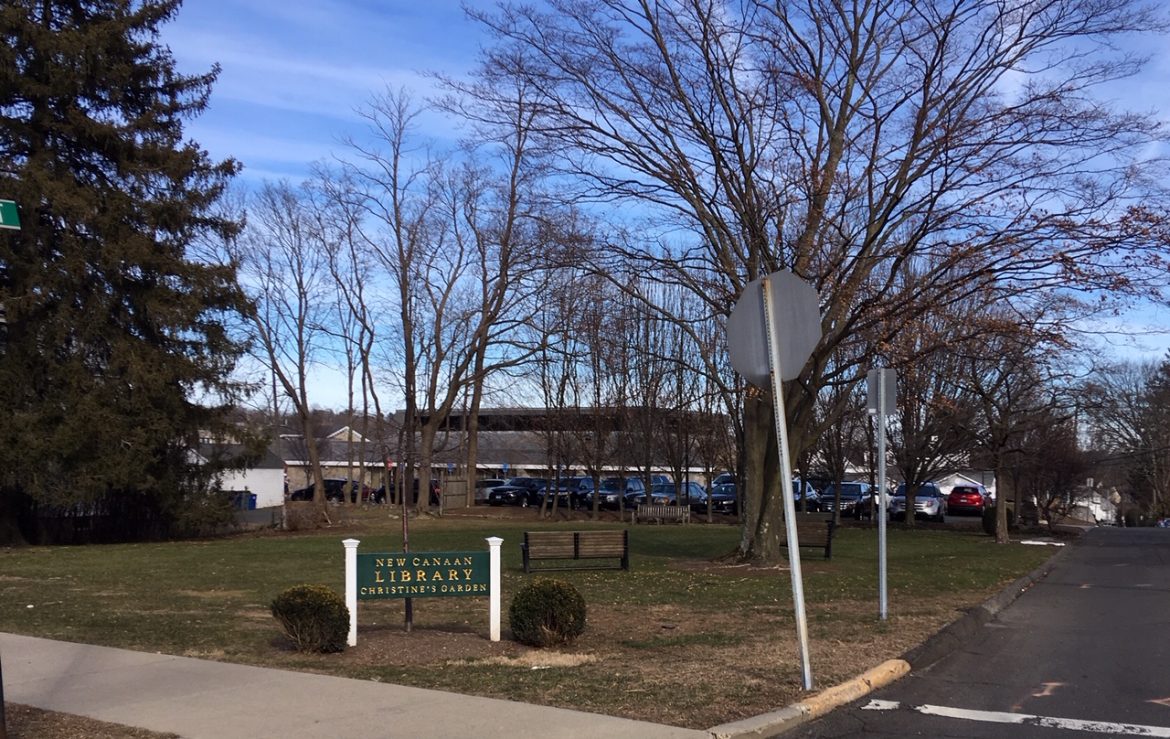 One of New Canaan’s favorite summertime entertainment venues is seeking to move closer to the downtown for its 2019 season.

The Summer Theatre of New Canaan, a nonprofit organization founded by town residents Ed and Melody Libonati, is seeking a temporary special permit to run its acclaimed shows in New Canaan Library’s pocket park on the corner of Maple Street and South Avenue.

Known as “Christine’s Garden,” the park would play host to popular Summer Theatre of New Canaan or ‘STONC’ shows—recent seasons have featured “Kiss Me, Kate,” “Singin’ in the Rain” and “West Side Story”—from the end of June into early August, under an application filed recently with the Planning & Zoning Commission.

“For the past 15 years STONC has worked with multiple town departments and commissions to successfully present its theatre programs at Irwin Park and in Waveny Park,” the application said. “However, the Waveny location we have utilized for the past 10 years now presents significant issues that tend to inhibit our ability to deliver a season. This is largely due to recent major sports field construction and increasing programming/scheduling of these new adjacent sports fields. The theatre now requires a new location to function.”

It continued: “Last summer season STONC created a successful association with the New Canaan Library. In addition to its Waveny programs and show, it presented free professional theatre in the library’s Christine’s Garden Park to New Canaan residents and surrounding communities over several weekends in July. The Christine’s Garden location represents an opportunity to both the Summer Theatre with its local and out of town theatre goers and to downtown New Canaan merchants and restaurants due to its close proximity and access. STONC has developed relationships with many of the town merchants and businesses as sponsors, co-marketing and through in-kind support.”

The application for the temporary 300-seat outdoor theater is to be heard at Tuesday night’s regular meeting of P&Z, to be held 7 p.m. at Town Hall.

Under the New Canaan Zoning Regulations, applicants may seek a zoning permit for “Temporary use of land and buildings for any musical, educational, charitable, religious, recreational or fraternal purpose or entertainment, provided that such use is without financial profit except compensation to individuals for services devoted solely to the promotion of the objects and purposes for which such use is permitted, for a period not exceeding ten days in any calendar year unless approved for a longer period of time by the Commission” (see page 49 here).

In all, STONC is seeking use of the park for about 10 weeks, between setting up for its various shows, then running the program and finally breaking down the site and re-seeding the park. Performances would include 20 of the “main show” (which has not yet been made public), 22 children’s shows and three student shows. Should this summer prove successful, STONC likely would seek the same zoning permit next year, the organization said in its application. A note on the application also noted that the Christine’s Garden site “is a short term solution.”

“Current library planning will require this site for new building construction planned in the next two years,” the organization said.

The main tent is about 60-by-90 feet and space also would be needed for smaller tents (box office, equipment, staff)  and two dressing room trailers at an adjacent lot, the application said, as well as St. Aloysius Church’s Maple Street lot across South Avenue.

STONC’s high-quality and diverse program has grown exponentially in the 16 years since the Libonatis founded it. Ed Libonati first voiced his desire to find a long-term home for STONC in New Canaan 18 months ago, and reiterated it last March in addressing the Parks & Recreation Commission.

Libonati has said he’d like a permanent home that includes an indoor venue. As the application noted, performances have been held in the past at Irwin Park—interestingly, the town’s highest elected official said recently that a new “party” has emerged with a proposed use for Irwin House, though he didn’t specify who that is.

STONC “has become recognized by regional professional critical for presenting one of Connecticut’s premier theatre programs,” the application said.

“It receives support grants from the State of CT, National Endowment of the Arts, NCCF and many other local organizations. This past summer STONC was recognized by the state of CT for its excellence in bringing quality cultural events to its community.”