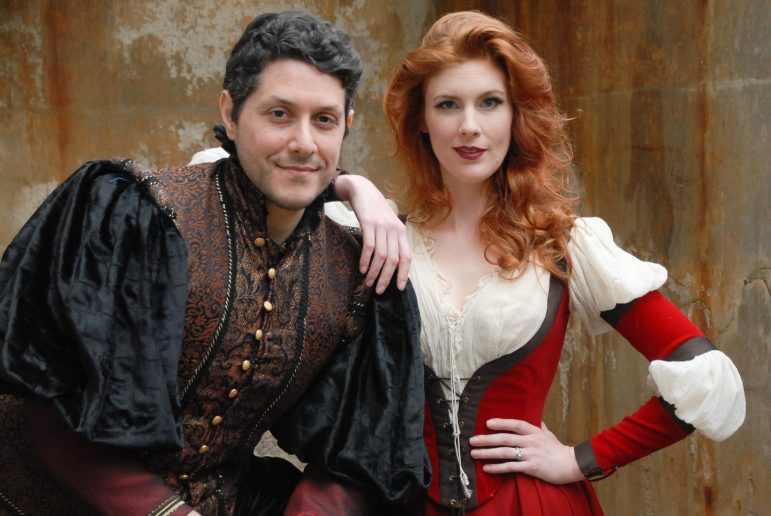 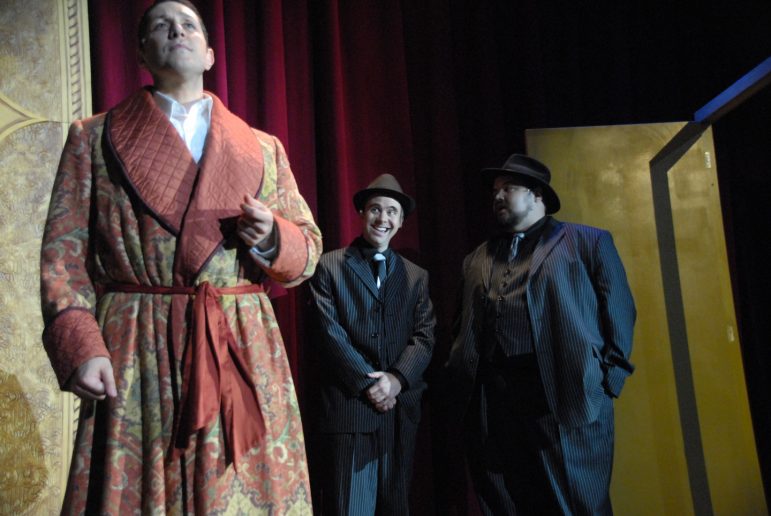 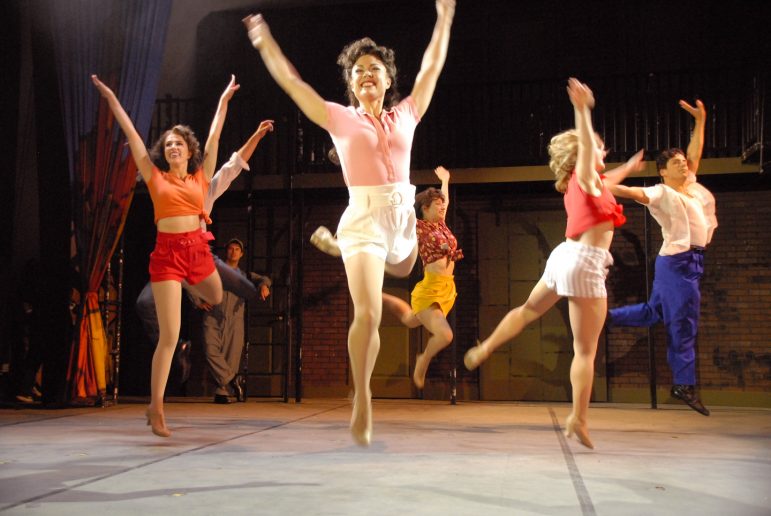 Excited chatter filled the warm summer air Saturday night as more than 200 crowded under Summer Theatre of New Canaan’s large tent at Waveny for the opening night of ‘Kiss Me, Kate’.

In its 15th season, the company founded by New Canaan’s Ed and Melody Libonati consistently delivers well-staged, professionally produced show that keeps audiences on their toes, and this year was no exception. A dazzling combination of catchy music, dramatic acting, and jazzy dances, ‘Kiss Me, Kate’ is a delight to see.

The classic Cole Porter musical was brought to life by director Allegra Libonati. With a talented cast and singularly strong leads, the audience is truly transported to the Ford Theater and Baltimore ca. 1948 for the night.

‘Kiss Me, Kate’ follows a show within a show storyline. The story involves a production of Shakespeare’s classic Taming of the Shrew intertwined with the on and off-stage conflict between the producer, director and lead Fred Graham and his ex-wife and other lead, Lili Vanessi. A secondary storyline follows two secondary actors in the play, Lois Lane and boyfriend Bill. Graham’s interest in Lane and Bill’s gambling brings a pair of gangsters into the acting company.

Mary McNulty captures her dual role of Lilli Vanessi and Katharine, the “shrew,” wonderfully, bringing an intense stage presence to her part. Her vocal and acting ranges provide a depth to her character that unfolds nicely throughout the show—nailing the first impression of an airhead Hollywood actress, then transitioning to tell the complex decision-making process that comes with love.

McNulty partners well with David Sattler, who plays the part of Fred and Pertruchio. Another strong musical talent, he holds his own in duets with McNulty and shines in his solos.

The duo of Rachel MacIsaac and Tim Falter provide an endearing plotline, of two people who are constantly in some kind of trouble but in love with one another nonetheless. The multiple reprises of “Why Can’t You Behave” offer a light romantic story that complements the heavy and complicated relationship of the two leads.

Along the lines of comic relief, gangsters Brett Alters and Brian Silliman have the audience roaring with laughter each time they set foot on stage. “Brush Up Your Shakespeare” is a crowd favorite.

Last but not least, the show boasts an extremely strong ensemble. The dance breaks and small features of these talented interns rounds out an already incredible impressive showcase of ability.

At the end of the two and a half hours, the curtain closed and the audience offered a standing ovation to the entire company. As attendees set off into the dark, each buzzed with enthusiasm and praise for the little bit of Broadway that we’re lucky to have right here at Summer Theatre of New Canaan.